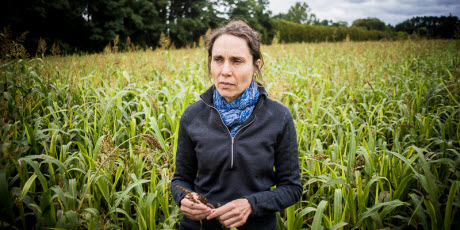 A new study in Global Change Biology, led by UVM scientist Lini Wollenberg, shows that even if world-wide agriculture implements all of today’s best practices for reducing greenhouse gas emissions, it will fall short of what is needed—and block the goals of the recent Paris climate change agreement.Photo credit: Ian Thomas Jansen-LonnquistA team of scientists has calculated, for the first time, the extent to which greenhouse gas emissions from agriculture must be reduced to meet the new Paris climate agreement’s plan to limit global warming to two degrees Celsius by the end of the century.

The new analysis estimates that, world-wide, agriculture must reduce non-carbon-dioxide emissions—like nitrous oxide and methane—by one gigaton per year in 2030. Yet the study, published May 17 in the journal Global Change Biology, also reveals a major gap between existing policy and technology options for reducing these greenhouse gas emissions from farming—and the reductions needed.

“This research is a reality check,” comments University of Vermont scientist Lini Wollenberg, who lead the new research. Countries want to take action on agriculture, but the options currently on offer won’t make the dent in emissions needed to meet the global targets agreed to in Paris.”

Wollenberg and the rest of the team of scientists from the University of Vermont, the CGIAR Research Program on Climate Change, Agriculture and Food Security (CCAFS), and partner institutions estimate that current interventions would deliver only twenty-one to forty percent of the mitigation required.

And even that level of mitigation, using all of today’s “best practices,” would require a “huge effort,” Wollenberg said in an interview with the Christian Science Monitor.

“We need a much bigger menu of technical and policy solutions, with major investment to bring them to scale,” says Wollenberg, who leads the CCAFS Low Emissions Development research program, based at the University of Vermont’s Gund Institute for Ecological Economics.

In Vietnam, alternate wetting and drying in irrigated rice is helping farmers use less water, and lower emissions, without compromising yields.Photo credit: G. Smith, CIATThe authors, including UVM researcher Meryl Richards, warn that emission reductions in other sectors such as energy and transport will be insufficient to meet the new climate agreement. They argue that agriculture must also play its part, proposing that the global institutions concerned with agriculture and food security set a target linked to the 2°C warming limit to guide more ambitious greenhouse gas reductions and track progress toward goals.

119 nations included mitigation in agriculture in their menu of planned actions—the so-called Intended Nationally Determined Contributions—submitted under the United Nations’ Framework Convention on Climate Change. However, no work has been carried out to determine how these pledges will be accomplished.

Agriculture (not including land use change) contributes an average of 35 percent of emissions in developing countries and 12 percent in developed countries today. Yet, the authors warn that efforts to mitigate emissions levels must be balanced with countries’ need to produce enough food, particularly in poorer nations.

“We need to help farmers play their part in reaching global climate goals while still feeding the world,” says Pete Smith, a professor at the University of Aberdeen and co-author of the paper. “Reducing emissions in agriculture without compromising food security is something we know how to do.”

“A lot can already be done with existing best management practices in agriculture,” Smith says. “The tough part is how to reduce emissions by a further two to five times and support large numbers of farmers to change their practices in the next 10 to 20 years.”

To realize the one gigaton per year mitigation target for non-CO2 emissions in agriculture set out in the paper, 21-40 percent of mitigation could be achieved with known practices, such as:

However, implementation would require massive investment, information sharing and technical support to enable a global-scale transition, Wollenberg and the team note.

Even this effort will not be enough, according to the study. Higher-impact technologies and policies will be needed. Promising technical innovations on the horizon include recently developed methane inhibitors that reduce dairy cow emissions by 30 percent without affecting milk yields, breeds of cattle that produce lower methane, and varieties of cereal crops that release less nitrous oxide.

Related Article: After the Paris Climate Deal: What’s Next for Climate Change Research?

Policies that support more ambitious mitigation include introducing more rigorous carbon pricing, taxes and subsidies; governments and the private sector adopting sustainability standards that include reduced emissions in agriculture; and improving the reach of technical assistance for farmers on locally relevant mitigation options, for example through cell-phone and web-based information portals.

Focusing more attention to sequestering soil carbon, increasing agroforestry, decreasing food loss and waste and shifting dietary patterns could all contribute significantly to reducing emissions from agriculture, the scientists note. However, much less work has been done on mitigation of emissions from these sources, so action is needed now to identify options and their impacts.

“New low emissions technologies are in the pipeline for agriculture,” Wollenberg and the rest of the team note in the new study, “but vastly more effort and urgency is necessary to make options operational.”

Portions of this story were adapted from material written by Liz Sharma. 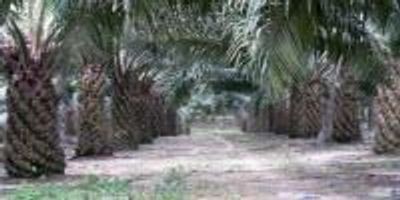 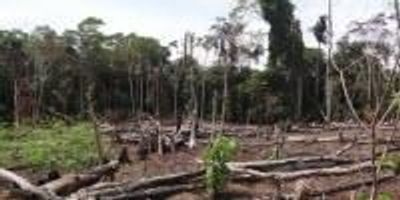