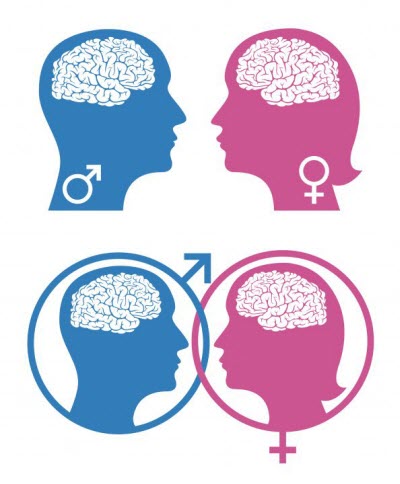 In this study conducted in hamsters, the researchers investigated the hypothesis that 5-HT promotes and AVP inhibits aggression and dominance in females and that 5-HT inhibits and AVP promotes aggression and dominance in males.Image courtesy of Georgia State UniversityATLANTA–The brain regulates social behavior differently in males and females, according to a new study published Oct. 31 in the Proceedings of the National Academy of Sciences.

A team of researchers led by Dr. Elliott Albers, director of the Center for Behavioral Neuroscience and Regents’ Professor of Neuroscience at Georgia State University, and graduate student Joseph I. Terranova, has discovered that serotonin (5-HT) and arginine-vasopressin (AVP) act in opposite ways in males and females to influence aggression and dominance. Because dominance and aggressiveness have been linked to stress resistance, these findings may influence the development of more effective gender-specific treatment strategies for stress-related neuropsychiatric disorders.

“These results begin to provide a neurochemical basis for understanding how the social brain works quite differently in males and females,” said Albers.

Related Article: Research: No Such Thing as "Male" and "Female" Brain

Prominent sex differences occur in the incidence, development, and clinical course of many neuropsychiatric disorders. Women, for example, have higher rates of depression and anxiety disorders such as posttraumatic stress disorder (PTSD), while men more frequently suffer from autism and attention deficit disorder. Despite profound sex differences in the expression of social behavior and the incidence of these psychiatric disorders, little is known about how the brain mechanisms underlying these phenomena differ in females and males. Further, limited knowledge exists regarding sex differences in the efficacy of treatments for these disorders. As a result, current treatment strategies are largely the same for both sexes.

This study also found that administration of the 5-HT reuptake inhibitor fluoxetine, one of the most commonly prescribed drugs for psychiatric disorders, increased aggression in females and inhibited aggression in males. These studies raise the possibility that stress-related neuropsychiatric disorders such as PTSD may be more effectively treated with 5-HT-targeted drugs in women and with AVP-targeted drugs in men.

The next step will be to investigate whether there are sex differences in the efficacy of 5-HT- and AVP-active drugs in reducing social stress.

For more information on the Center for Behavioral Neuroscience, visit www.cbn-atl.org.