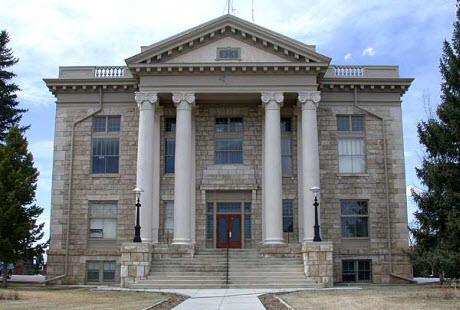 A courthouse. A new study by an ASU professor shows that when women in a jury setting express anger their argument loses credence. When men express anger their argument gains credence.Photo courtesy of Arizona State UniversityAnyone who knows the history of the jury trial or has seen the movie “12 Angry Men” is aware that U.S. juries were originally exclusively white and male. There have been many efforts toward making juries more diverse and representative of the population. Now that more women and racial minorities are represented on juries the question becomes: Do they have the same opportunity to exert influence over jury decisions as do white men.

A new study from Arizona State University focused on jury deliberation behaviors demonstrates a distinct gender bias when it comes to expressing anger and influencing people. The study found that men use anger to influence others, but women actually lose influence when they allow anger into an argument.

The research has implications beyond the courthouse deliberation room, according to ASU psychologist Jessica Salerno, co-author of the study “One angry woman: Anger expression increases influence for men, but decreases influence for women during group deliberation.” It was published in the journal Law and Human Behavior. Liana Peter-Hagene of the University of Illinois-Chicago is the other co-author.

“Our study suggests that women might not have the same opportunity for influence when they express anger,” Salerno said. “We found that when men expressed their opinion with anger, participants rated them as more credible, which made them less confident in their own opinion. But when women expressed identical arguments and anger, they were perceived as more emotional, which made participants more confident in their own opinion.

“This effect can’t be explained by women communicating anger less effectively or looking different when they express anger because we took all of that out of the equation,” Salerno explained. “The effect was due to participants thinking that anger came from a man versus a woman.”

The study featured 210 jury-eligible undergraduates who participated in a computer simulation in which they believed they were deliberating with five other participants. Each participant viewed a 17-minute presentation that was based on evidence from a real case in which a man was tried for murdering his wife. Participants read summaries of the opening and closing statements and eyewitness testimonies. They also viewed photographs of the crime scene and the alleged murder weapon.

To begin deliberation participants had a preliminary vote of guilty or not guilty. Each then exchanged a series of messages, purportedly with peers who also all had to agree as a group on whether or not to convict.

These exchanges were scripted in advance and in a very specific way — four of the fictional jurors agreed with the participant’s verdict and one disagreed. The lone hold out had a user name that was clearly male or female and the other names were gender neutral.

All participants read essentially the same arguments, but for some the points were made with anger, others were made in the spirit of fear and the rest were conveyed in an emotionally neutral tone. During the course of discussion, participants periodically answered questions about the extent to which they felt confident in their initial verdict. Afterwards they voted once more (only seven percent changed their minds).

The influence effect was “evident in both male and female participants,” said Salerno, a member of the School of Social and Behavioral Sciences in ASU's New College of Interdisciplinary Arts and Sciences.

“What is most disturbing about the findings is that they were produced by anger, specifically,” she said. “If you think about when we express anger, it is often when we really care about something, when we are most passionate and most convicted about a decision. Our results suggest that gender gaps in influence are most likely to materialize in these situations — when we are arguing for something we care about most.”

For Salerno the study has implications for women in a variety of settings.

“Our results have implications for any woman who is trying to exert influence on a decision in their workplace and everyday lives, including governing bodies, task forces and committees,” she said.

“The results from this study suggest that if female political candidates express their opinion with anger, during the debates for example, it is possible that they might have less influence than if they do not express anger,” Salerno explained. “This might explain why Bernie Sanders is able to freely express his passion and conviction, while Hilary Clinton clearly regulates her emotions more carefully.”