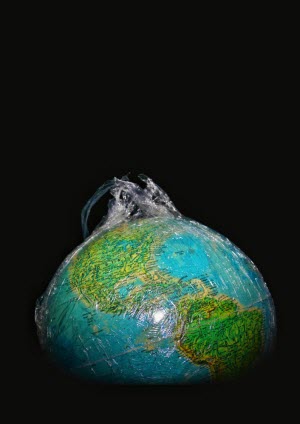 A new study, which has been published in the journal Anthropocene, examines the evidence that we now live in the Anthropocene, an epoch where humans dominate the Earth’s surface geology, and suggests that the surface of the planet is being noticeably altered by the production of long-lasting man-made materials, resulting in us entering an ‘Age of Plastic.’

The study suggests that plastics have such a long-lasting impact on the planet’s geology because they are inert and hard to degrade. As a result, when plastics litter the landscape they become a part of the soil, often ending up in the sea and being consumed by and killing plankton, fish, and seabirds.

Professor Jan Zalasiewicz from the Department of Geology said: “Plastics will continue to be input into the sedimentary cycle over coming millennia as temporary stores–landfill sites–are eroded. Once buried, being so hard-wearing, plastics have a good chance to be fossilized–and leave a signal of the ultimate convenience material for many million years into the future. The age of plastic may really last for ages.”

Related article: Ethical Filament: Can Fair Trade Plastic Save People and the Planet?

The study was carried out by an international team of scientists including our University's Professors Jan Zalasiewicz and Mark Williams and PhD student Yasmin Yonan from the Department of Geology and field archaeologist Dr Matt Edgeworth who is an Honorary Visiting Research Fellow from the School of Archaeology and Ancient History.

In 2016, the Anthropocene Working Group led by Professor Jan Zalasiewicz will gather more evidence on the Anthropocene, which will help inform recommendations on whether this new time unit should be formalized and, if so, how it might be defined and characterized.