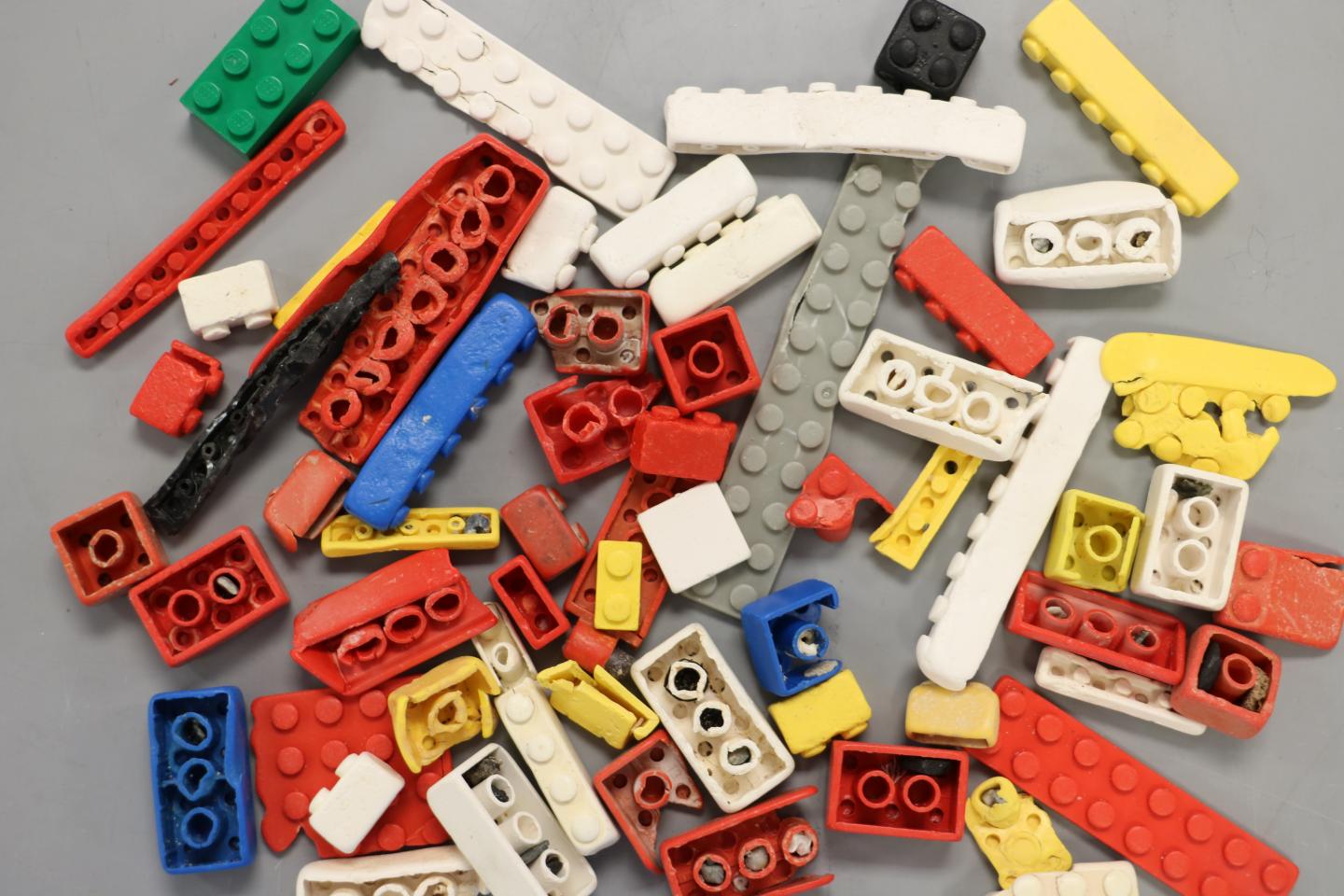 Detailed analysis has estimated a LEGO brick could survive in the ocean for as many as 1,300 years.
Andrew Turner, University of Plymouth

A LEGO brick could survive in the ocean for as many as 1,300 years, according to new research.

A study led by the University of Plymouth examined the extent to which items of the ever-popular children's toy were worn down in the marine environment.

By measuring the mass of individual bricks found on beaches against equivalent unused pieces and the age of blocks obtained from storage, researchers estimated that the items could endure for anywhere between 100 and 1,300 years.

They say it once again reinforces the message that people need to think carefully about how they dispose of everyday household items.

The research, published in the journal Environmental Pollution, focused on bricks of LEGO found washed up on the coastlines of South West England.

Over the past decade, voluntary organizations from Cornwall—including Rame Peninsula Beach Care and the LEGO Lost at Sea Project—have retrieved thousands of pieces and other plastic waste during regular beach cleans.

Previous studies have indicated that many of these could have either been lost during beach visits or entered the environment via the household waste process.

For this particular study, 50 pieces of weathered LEGO—constructed of acrylonitrile butadiene styrene (ABS) and collected from beaches—were washed and then weighed in labs at the University, with the size of the studs also being measured.

The chemical characteristics of each block were then determined using an X-ray fluorescence (XRF) spectrometer, with the results used to confirm the age of individual pieces based on the presence of certain elements no longer in use.

By pairing those items with unweathered sets purchased in the 1970s and 80s, researchers were able to identify levels of wear and—as a result—how long the pieces might continue to endure in the marine environment.

The study was led by Dr. Andrew Turner, associate professor (reader) in environmental sciences, who has previously conducted extensive research into the chemical properties of items washed up as marine litter.

He said: "LEGO is one of the most popular children's toys in history and part of its appeal has always been its durability. It is specifically designed to be played with and handled, so it may not be especially surprising that despite potentially being in the sea for decades it isn't significantly worn down. However, the full extent of its durability was even a surprise to us.

"The pieces we tested had smoothed and discolored, with some of the structures having fractured and fragmented, suggesting that as well as pieces remaining intact they might also break down into microplastics. It once again emphasizes the importance of people disposing of used items properly to ensure they do not pose potential problems for the environment."