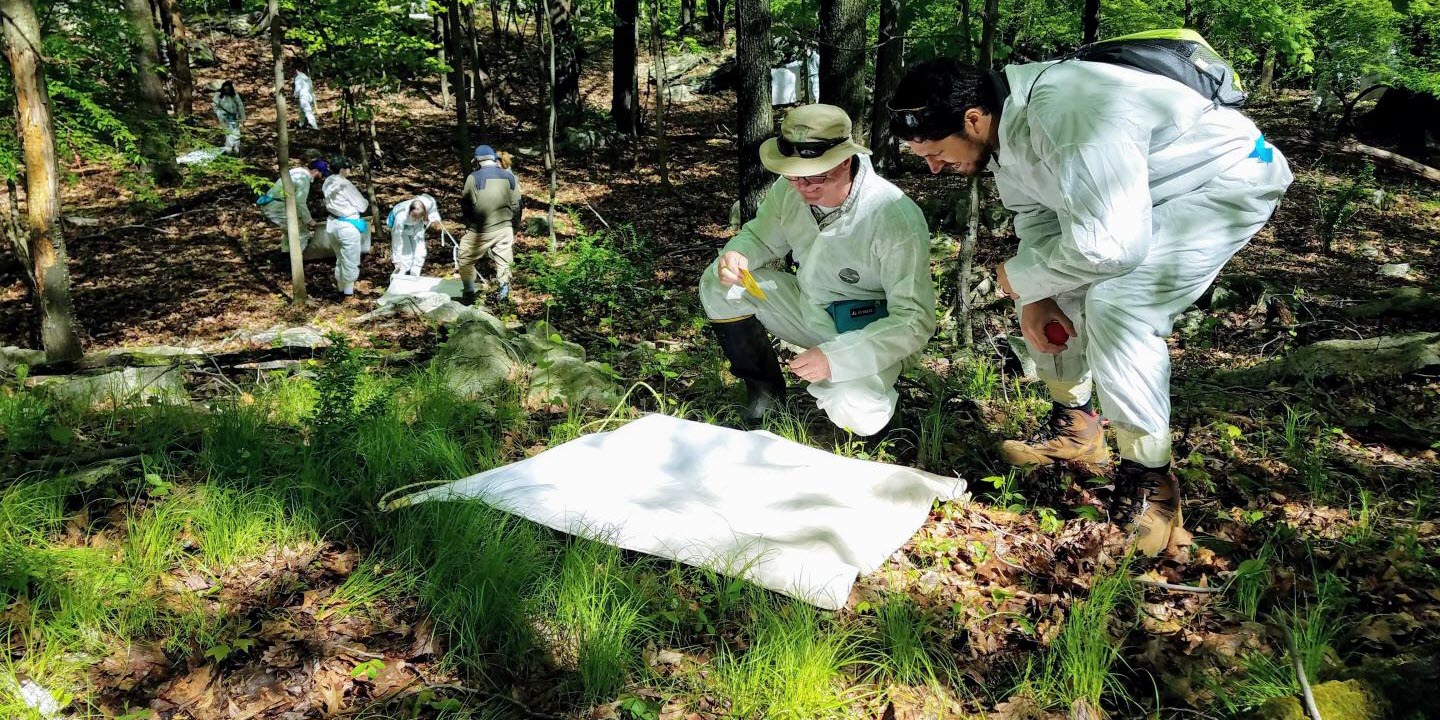 While the prevalence of Lyme disease and other illnesses spread by ticks has steadily increased in the United States over the past 20 years, a new study of the state of American tick surveillance and control reveals an inconsistent and often under-supported patchwork of programs across the country. For instance, while about two-thirds of tick management programs engage in passive tick surveillance, such as accepting tick samples submitted by the public, only 46 percent engage in routine active tick surveillance, such as focused collection of tick samples in the field.
Northeast Regional Center for Excellence in Vector-Borne Diseases

ANNAPOLIS, MD — June 17, 2020 — While the prevalence of Lyme disease and other illnesses spread by ticks has steadily increased in the United States over the past 20 years, a new study of the state of American tick surveillance and control reveals an inconsistent and often under-supported patchwork of programs across the country.

Annually reported cases of tickborne disease more than doubled between 2004 and 2018, according to the US Centers for Disease Control and Prevention (CDC), while seven new tickborne germs were discovered in that same timeframe. But a clear gap exists in our public health infrastructure, say researchers who have conducted the first-ever survey of the nation's tick management programs.

The survey showed that less than half of public health and vector-control agencies engage in active tick surveillance, and only 12 percent directly conduct or otherwise support tick-control efforts. These and other findings from the survey, conducted by university researchers at the CDC's five Vector-Borne Disease Regional Centers of Excellence, were published June 17 in the Journal of Medical Entomology.

"Ticks are responsible for the majority of our vector-borne illnesses in the US, and our programming does not adequately meet the need in its current form, for both surveillance and control," says Emily M. Mader, MPH MPP, lead author on the study and program manager at the Northeast Regional Center for Excellence in Vector-Borne Diseases, housed at Cornell University.

Mader and colleagues surveyed 140 vector-borne disease professionals working at state, county, and local agencies in the fall of 2018 to learn about their program objectives and capabilities for tick surveillance and control, testing ticks for disease-causing germs, and barriers to success. Reaching even that many respondents proved challenging, as no central database of tick-management programs or contacts was available. 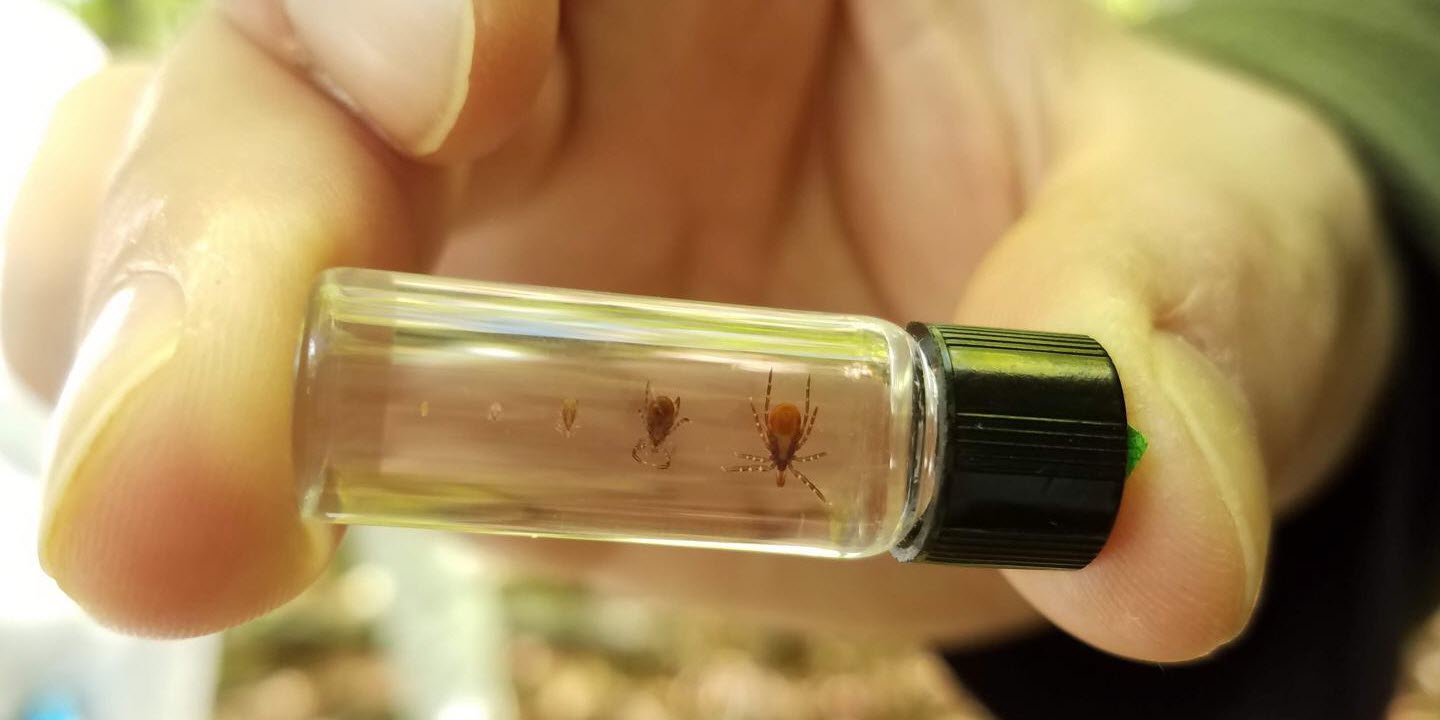 Highlights from the survey of tick-management programs include:

Less than half of tick-management programs proactively collect ticks in their area. While about two-thirds of respondents (65 percent) said their programs engage in passive tick surveillance, such as accepting tick samples submitted by the public, only 46 percent said their programs engage in routine active tick surveillance, such as focused collection of tick samples within their community.

Only a quarter of tick-management programs test ticks for disease-causing germs. Just 26 percent of survey respondents said their jurisdiction conducts or financially supports testing of tick samples for disease-causing pathogens. And only seven percent said their programs work to evaluate the presence of such pathogens in the animal hosts (such as mice and other rodents) from which ticks acquire those pathogens in their area.

"Pathogen testing is an essential component of surveillance and is needed in order to understand tickborne disease risk to communities," says Mader. "There appears to be a significant barrier for many tick-surveillance programs across the country to access pathogen-testing services."

Capacity for public tick-control efforts is low. Only 12 percent of respondents said that their jurisdiction conducts or financially supports tick control, with those efforts primarily focused reducing tick presence on animal hosts (such as deer and rodents).

Related Article: Lyme Disease: A Study on the Speed of Transmission by Infected Ticks

Mader says limited resources mean tick-management programs need reliable, proven control methods. "They are not going to invest in a strategy unless it has been investigated and shown to make a difference in reducing the burden of ticks and tickborne diseases," she says. "Right now, supporting this research is a major need. These kinds of evaluations often take at least three years to complete and require a significant investment."

Tick surveillance and control happen in a range of sectors. The most common employment sectors among respondents being public health, mosquito control, cooperative extension, and agriculture. And more than half of respondents (57 percent) said their programs work with academic partners to conduct tick surveillance.

"The world of ticks reaches entomologists, veterinarians, medical doctors, public health, natural resource managers, farmers, pet owners, scientists, and anyone that enjoys the outdoors," says Nohra Mateus-Pinilla, PhD, co-author on the study and director of the Veterinary Epidemiology Laboratory at the University of Illinois's Illinois Natural History Survey. "The partnerships stand out because broad, collaborative networks are paramount to a positive and productive path for the advancement of this field."

Info and data sharing on ticks and public health is lagging. Less than a quarter of respondents said their tick-management programs disseminate information to local health departments (23 percent) or report data to the CDC (14 percent). 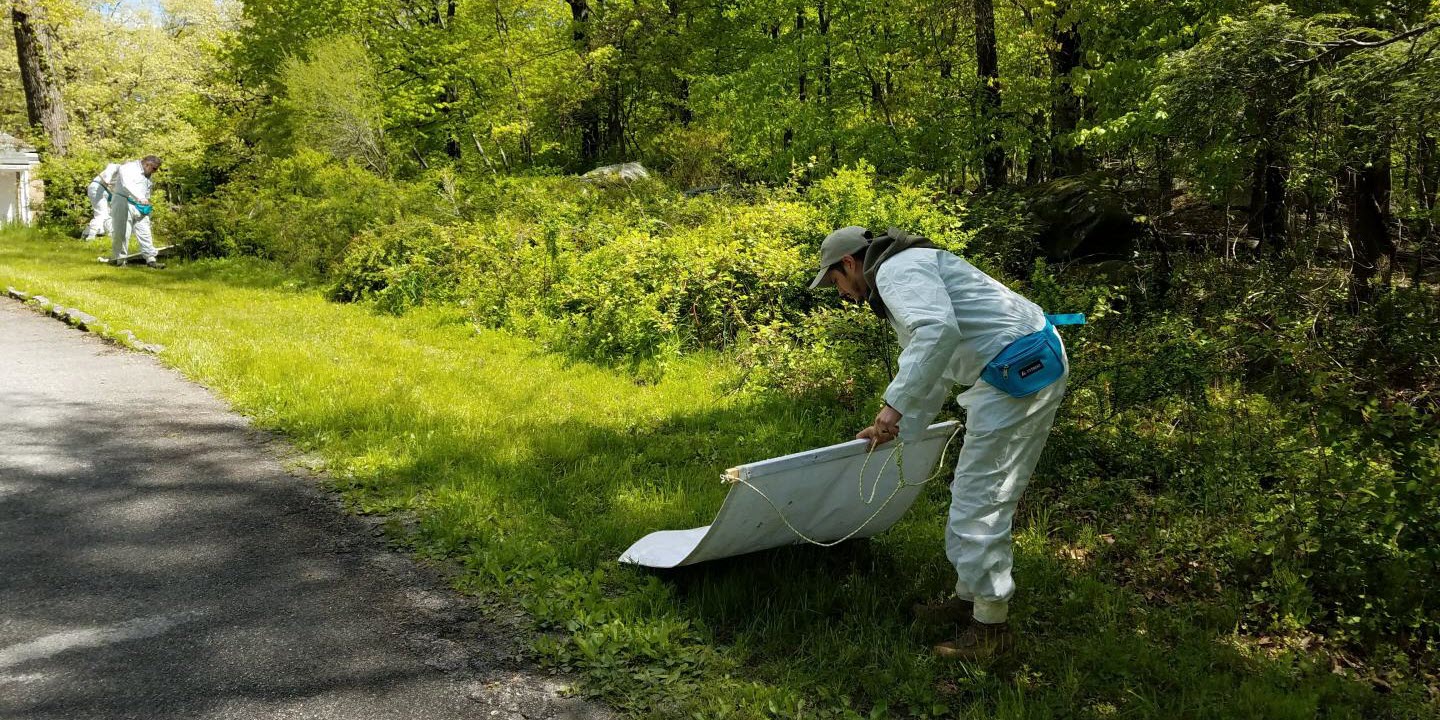 Tick surveillance and control happen across a range of sectors, the most common being public health, mosquito control, cooperative extension, and agriculture. More than half of tick management programs also work with academic partners to conduct tick surveillance.
Northeast Regional Center for Excellence in Vector-Borne Diseases

In December 2019, the Kay Hagan Tick Act was signed into federal law, authorizing $150 million to strengthen various aspects of the nation's efforts to vector-borne disease, including reauthorization of the CDC's Vector-Borne Disease Regional Centers of Excellence for an additional five years, through 2026. The CDC also issued guidance documents in late 2018 and early 2020 to provide tick-management programs with best practices for surveillance of blacklegged tick species (Ixodes scapularis and Ixodes pacificus) and other hard tick species across the US.

These steps address needs revealed in the survey of tick-management programs, and Mader and Mateus-Pinilla say the survey will serve as an important baseline from which to measure future progress and improvement.

"Overall, tick-work demands a long-term commitment. Ticks can take years to complete their life cycle, use different hosts to move around, and take advantage of weather and habitat changes," says Mateus-Pinilla. "As such, research on these vectors requires long-term and sustained commitment to research, surveillance, and partnerships across a broad range of disciplines, health professionals, and the public."

- This press release was originally published on Entomology Today, the Entomological Society of America's news website