May 07, 2018|4 min readNational Institute of Standards and Technology 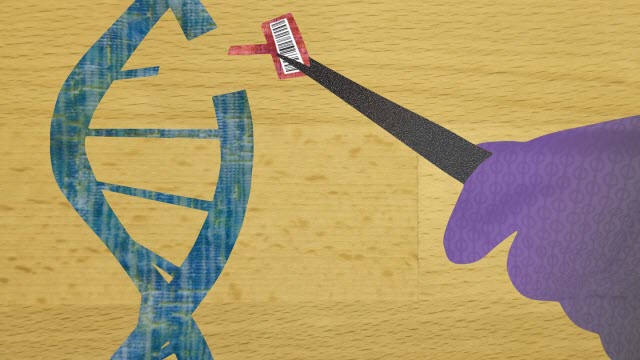 Using the gene-editing tool CRISPR to snip at DNA is often akin to using scissors to edit a newspaper article. You can cut out words, but it's difficult to remove individual letters or instantly know how the cuts affect the meaning of the text. Someday, CRISPR could be used to "clip" disease-causing genetic mutations in patients. But such precision medicine is impossible so long as CRISPR remains a clumsy tool.

In work that will help make the gene-editing process more precise, researchers at the Joint Institute of Metrology and Biology (JIMB, a collaboration between Stanford University and the National Institute of Standards and Technology, or NIST), have developed a new kind of CRISPR platform called MAGESTIC. Taking its name from the phrase "multiplexed accurate genome editing with short, trackable, integrated cellular barcodes," the new platform makes CRISPR less like a blunt cutting tool and more like a word processor by enabling an efficient "search and replace" function for genetic material. Announced in a Nature Biotechnology paper, MAGESTIC also produced a sevenfold increase in cell survival during the editing process.

"MAGESTIC is like an advancement in the 'control F' [find text] operation of a word-processing program, with the replace-text command allowing a desired change. This lets us really poke at the cell in a very precise way and see how the change affects cell function. Then we can compare the actual effects of each variant with the computationally predicted effects, and ultimately improve models for predicting how genetic variants impact health and disease," said JIMB scientist Kevin Roy, a MAGESTIC developer.

Being able to precisely edit genomes with CRISPR requires an extensive understanding of how cells will repair cuts at different sites across the genome so that you can control the process as needed. Currently, random mutations can occur at cut sites in the cell's DNA, often because the DNA strands rejoin in unpredictable ways. What's more, lots of cells don't survive the editing process at all. Building accurate predictions for gene editing remains, therefore, extremely challenging.

What researchers want is a reliable way to program the CRISPR machinery to cut at desired locations throughout the genome, and then to direct the cells to introduce designed edits at the DNA cut sites. This can be done by providing the cell with a "donor" DNA that the cell's DNA repair machinery can use as a template to replace the original sequence at the cut site. This is not unlike what editors often do to revise a text, first searching for a certain word or sequence of words and then replacing it with something else. However, the DNA repair system inside the cell is complex and does not always behave predictably like a word processor.

The process by which the cell searches for a suitable donor DNA to repair a cut site is an enormous challenge for the cell, as the DNA repair machinery must search among millions to billions of base pairs of DNA sequence to find the correct "donor" DNA. MAGESTIC provides a major advance in gene-editing technology, aiding the cell in this search by artificially recruiting the designed donor DNA directly to the cut site in a process termed "active donor recruitment." Such recruitment caused a sevenfold increase in cell survival, a change that surprised the research team with its efficiency and effectiveness.

Another one of the main features that separates MAGESTIC from previous approaches with multiplexed CRISPR editing is a new kind of cellular barcode. Researchers have traditionally used small bits of circular DNA, known as plasmids, to express the guide RNAs and to store barcodes to track the designed mutations in each cell. The plasmids multiply as the cell grows and are inherited by both cells after cell division. In theory, they should act much like the black-and-white barcodes used to track items at the checkout stand. But unlike the single-barcode-per-item correspondence at the checkout stand, the plasmid barcodes can vary widely in number, with anywhere from 10-40 appearing in each cell. That can give an inaccurate measure of cell abundance. In MAGESTIC, barcodes are integrated into chromosomes instead. This makes them stable and easy to find and count later.

Although many advances have been made in DNA sequencing and editing over the last two decades, general understanding of the function of genomic sequence remains sparse. Scientists know very little about the function of the 0.1 percent of code that varies between individuals in a population and is responsible for differences in disease susceptibility.

MAGESTIC will help to address this gap in the understanding of natural genetic variation by enabling each genetic variant to be precisely edited and compared to other genetic variants one-by-one. This helps to uncover which genetic differences have an impact on cellular function. MAGESTIC also performs all edits at once in a single test tube, with each edit occurring in any one of millions of otherwise identical cells. This is more efficient than past platforms, which required editing for each variant in separate experiments.

"We are reaching a state where we have not only achieved the ability to sequence the order of base pairs in genomes but we can also make changes to them. We still need a better understanding of the consequences of our edits," said JIMB's Lars Steinmetz, professor of genetics at Stanford University, group leader at the European Molecular Biology Laboratory (EMBL), and senior author on the paper. "With MAGESTIC it's like being able to make small edits to individual letters in a book, and being able to see what effect it has on the meaning of the text. Our donor recruitment method also allows the new piece of information to be placed at exactly the right page where the cut occurred."