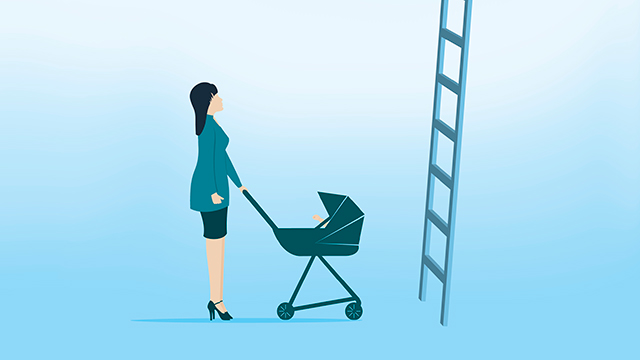 Mothers who leave work to raise children often sacrifice more than the pay for their time off; when they come back their wages reflect lost raises, according to a new study by Paula England, professor of sociology at New York University.

The study, “Do Highly Paid, Highly Skilled Women Experience the Largest Motherhood Penalty?,” published in the December issue of the American Sociological Review, examines women’s employment and family data from the National Longitudinal Survey of Youth. Tracking 4,658 women who participated in the survey, the data spanned from 1976, when the women first completed the survey as 14- to 21-year-olds, to their 2010 interviews, when they were largely past their childrearing years at ages 45 to 52.

“In the case of highly skilled white women with high wages, what is striking is that they have the highest penalties despite the fact that they have the most continuous work experience of any group of women, which, other things being equal, would reduce their penalties,” wrote England. “Their high returns to experience and tenure mean that loss of every year of work caused by motherhood is much more costly for their future wages, even in proportionate terms, than it is for other groups of women.”

England investigated how motherhood penalized white and black women, and how this varied by the skill and wage level of the women. She found that:

England continued, “Women with the highest total motherhood penalties are in an advantaged group with high skills and high wages; even after they become mothers and suffer the steepest penalty, they are typically affluent because their own earnings are still relatively high, and many of them are married to high-earning men. Given their relative privilege, we might still want to give priority to policies, such as child care subsidies, that help low-income women. But, in an era when there are still few women CEOs and we have yet to elect a woman president, it is important to understand how much motherhood affects the careers of women at the top and to consider how this can be changed.”