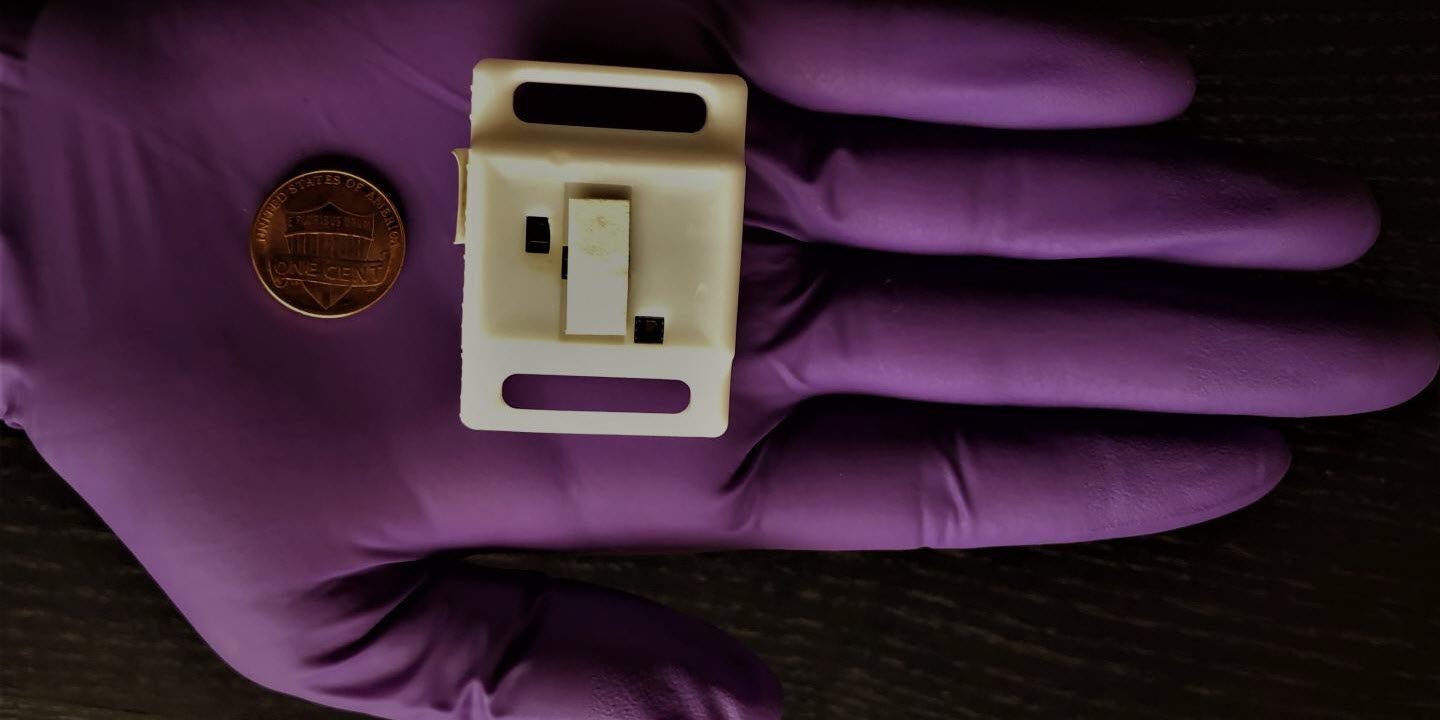 University of Texas at Dallas researchers have designed a wearable device that monitors sweat for biomarkers that could signal flare-ups of inflammatory bowel disease (IBD).

A team of bioengineers demonstrated the wristwatch-like device in a proof-of-concept study funded by the Crohn's & Colitis Foundation and published online July 28 and in the October print edition of the foundation's journal, Inflammatory Bowel Diseases.

A sensor in the device detects and quantifies the presence of two key biomarkers associated with inflammatory bowel disease: interleukin-1β and C-reactive protein (CRP). The study is the first to establish that CRP is present in human sweat and the first to show that the two biomarkers can be detected in sweat. 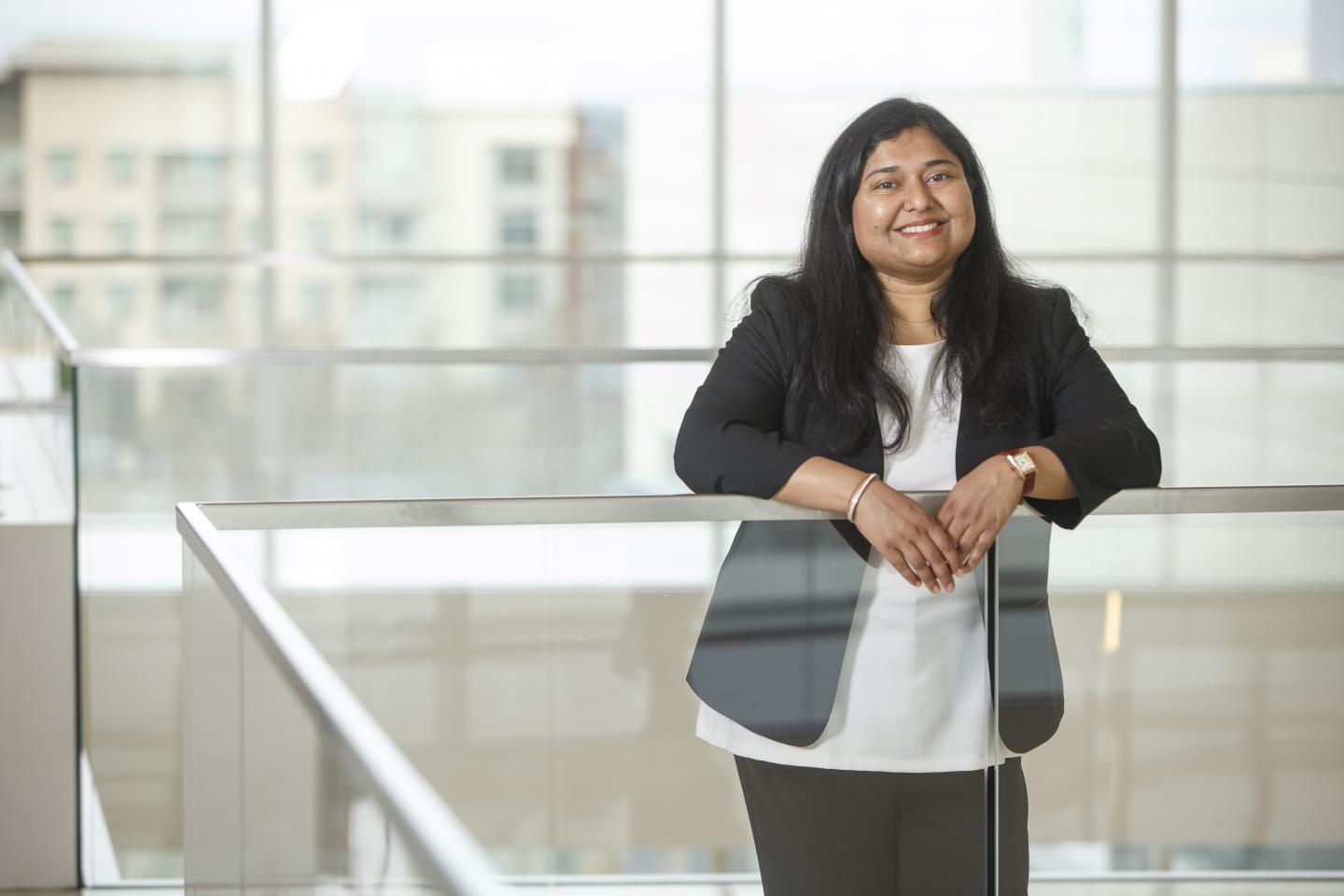 Dr. Shalini Prasad, department head and professor of bioengineering in the Erik Jonsson School of Engineering and Computer Science and the study's principal investigator, said the technology could provide a warning but not a diagnosis of inflammatory bowel disease. The ultimate goal of the work is to develop a device to help patients gain more control over IBD, which can be unpredictable.

"It's like the check-engine light in a car," said Prasad, the Cecil H. and Ida Green Professor in Systems Biology Science. "The warning signal doesn't mean a patient is having a flare-up, but it could give the person the chance to intervene earlier, when the symptoms may be more responsive to treatment. The device also could help doctors understand sooner whether a treatment is working."

The researchers used what is called passive sweat, which means that the wearer did not need to engage in physical activity or have their sweat glands expressed to generate a sample. The sweat is collected on a removable strip incorporated into the wrist device that must be changed daily. That the device collects passive sweat is important because people with IBD may be unable to exercise at levels needed to generate active sweat, Prasad said.

The prototype will be tested on patient volunteers in a second phase of the research, also funded by the foundation, and must undergo further testing before it can become available to patients.

The device has the potential to track other diseases and conditions marked by an inflammatory response. Prasad's team is investigating whether it could alert people to increases in cytokines, which are proteins released by the immune system at the early stages of a viral infection, such as COVID-19.

Prasad's team previously developed a biosensor that analyzes sweat to detect levels of certain chemicals, such as glucose and cortisol, that could indicate diabetes. In 2014 she co-founded a company called EnLiSense in Allen, Texas, to develop lifestyle-based sensors and devices. Based on Prasad's successful work on the glucose tracker, the Crohn's & Colitis Foundation partnered with her to apply the concept to develop a noninvasive monitor for IBD, said Dr. Gerard Honig, associate director of research innovation for the foundation. 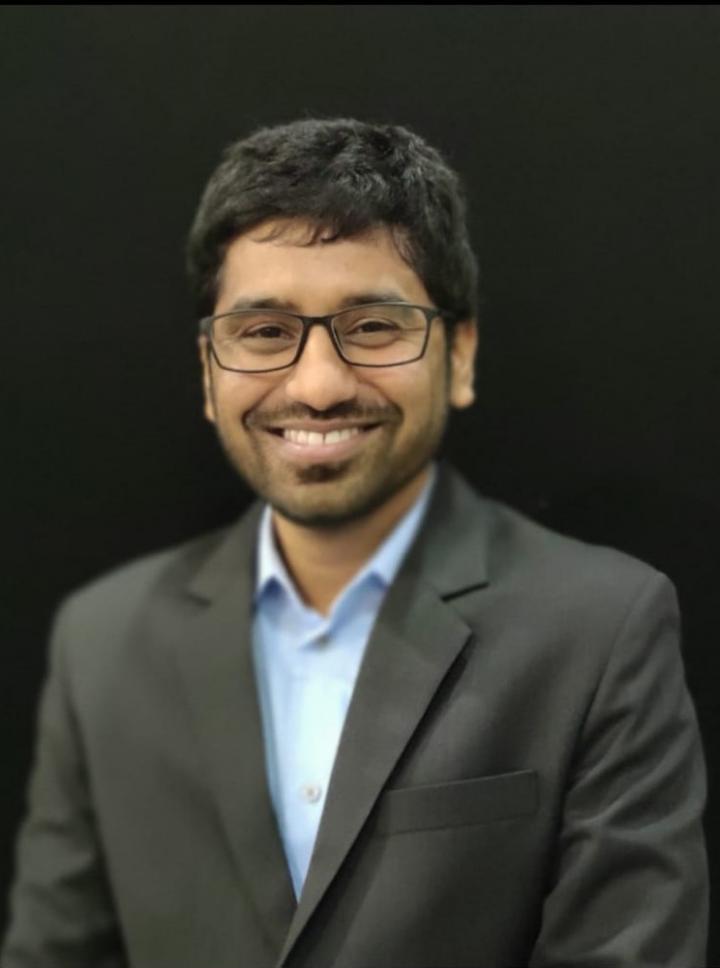 Badrinath Jagannath, biomedical engineering doctoral student, was lead author on the team's study to develop a wearable device that monitors sweat for biomarkers of inflammatory bowel disease.
The University of Texas at Dallas

"We've seen extraordinary revolutions in a number of fields, such as bioengineering, and dramatic events relating to medical devices, and we have not necessarily seen those ideas applied to IBD," Honig said.

IBD, which affects millions of people in the US, is characterized by chronic or recurring immune response wherein the cells lining the intestines are attacked when the body mistakes food, bacteria, and other materials for foreign substances, causing inflammation. Symptoms include fatigue and abdominal pain, with diarrhea in patients with Crohn's disease and stool urgency in those with ulcerative colitis.

Currently, doctors measure intestinal inflammation through endoscopy, which involves the insertion of a long, thin tube into the body to view internal organs or tissue. The procedure is too invasive to be feasible for frequent monitoring of the disease, which creates challenges in recruiting patients for clinical drug trials, Honig said.

"A wearable microsensor device would have the potential to empower patients to be actively engaged in monitoring their disease and managing it," Honig said. "It would greatly facilitate clinical research and potentially could be used in the long term to facilitate proactive management, where you have a target biomarker level you're trying to achieve over a certain period of time and you optimize care to get there."