The phrase “it looks so good you can almost taste it” turns out to be the real deal, based on the findings of a new study by Stony Brook University researchers. 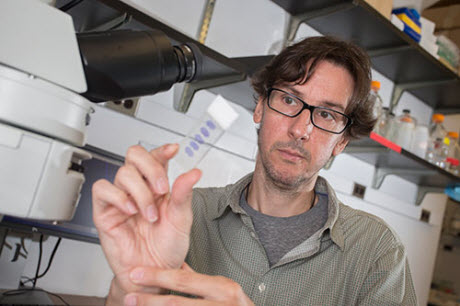 Dr. Alfredo Fontanini looks at slides of the gustatory cortex, the part of the brain that mediates the perception of taste.Photo courtesy of Stony Brook UniversityA team led by Alfredo Fontanini, MD, PhD, associate professor in the Department of Neurobiology and Behavior, explored how the brain processes stimuli predicting taste.

They discovered that the gustatory cortex, the part of the brain that mediates the conscious perception of taste, relies on all the senses to anticipate taste. The overall results, published early online in eLife, change the way neuroscientists think about the role of the gustatory cortex. Fontanini co-authored the study along with Roberto Vincis, a postdoctoral fellow in the department.