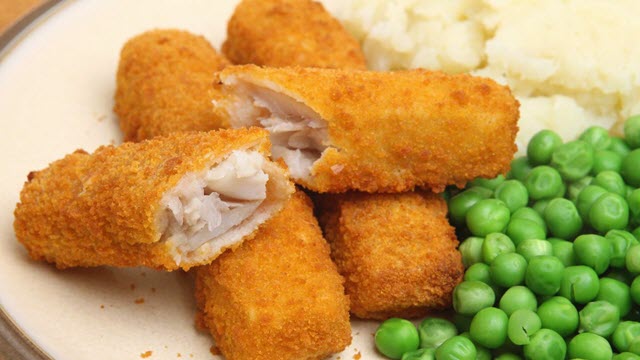 Fish sticks may be a tasty option for dinner, but are they good for the planet?

A new study of the climate impacts of seafood products reveals that the processing of Alaskan pollock into fish sticks, imitation crab, and fish fillets generates significant greenhouse gas emissions.

Post-catch processing generates nearly twice the emissions produced by fishing itself, which is typically where the analysis of the climate impact of seafood ends, according to the findings by researchers at the University of California, Santa Cruz.

"The food system is a significant source of global greenhouse gas emissions, and Alaskan pollock is one of the biggest fisheries in the world," said Brandi McKuin, a postdoctoral researcher in environmental studies at UCSC. "These findings highlight the need to take a comprehensive approach to analyzing the climate impacts of the food sector."

McKuin is the lead author on a new paper that appears online in the journal Elementa: Science of the Anthropocene. Titled "Climate Forcing by Battered-and-breaded Fillets and Crab-flavored sticks from Alaska Pollock," the paper takes a detailed, comprehensive look at the climate impact of the seafood supply chain.

Alaskan pollock is sold as fillets and trim pieces that are used to make products like fish sticks and imitation crab, said McKuin. "It's a huge market," she said.

Unlike previous studies that have largely overlooked the downstream processing activities associated with Alaskan pollock, this study examined all the components of the supply chain, from fishing through the retail display case. The results identify "hot spots" where the seafood industry could concentrate its efforts to reduce its climate impacts, said McKuin.

The authors analyzed the climate impacts of transoceanic shipping of exported seafood products, and their study is the first to consider the climate effects of so-called "short-lived" pollutants in the carbon footprint of seafood.

They found that Alaskan pollock is a relatively fuel-efficient fishery: Pollock are caught in large nets called midwater trawls that are towed behind boats, hauling in a lot of fish in each landing, and reducing the climate impact of the fishing process. After the catch, Alaskan pollock are shipped for processing, and in some cases, transported on large container ships that burn copious amounts of fuel, including cheaper, poor-quality bunker fuel that produces high levels of sulfur particles.

McKuin noted that sulfur oxides from ship fuels have a climate-cooling effect. "Seafood products that are exported have a lower climate impact than domestic seafood products," she said, adding that the climate impacts of shipping will change this year as new regulations for cleaner marine fuels take effect. "Shipping has a massive influence on climate and a shift to cleaner fuels will diminish the cooling effect from sulfur oxides and increase the climate impact of products that undergo transoceanic shipping, including seafood," said McKuin.

Coauthor Elliot Campbell, a professor of environmental studies at UCSC, is a pioneer of data-driven methods of assessing the climate impact of food production.

"This study highlights the need to expand our view to encompass the entire supply chain," he said. "It's not enough to look just at fishing. The picture is much bigger, and it's much more complicated."

Organizations like Seafood Watch have developed tools to calculate the carbon footprint of seafood but haven't included processing yet, noted McKuin, adding, "This study adds more data, so they can create a better tool."