WASHINGTON, DC — April 2, 2020 — Cold brew may be the hottest trend in coffee-making, but not a lot is known about how this process alters the drink’s chemical characteristics. Scientists now report that the content of potentially health-promoting antioxidants in coffee brewed without heat can significantly differ from a cup of joe prepared with the same beans in the traditional way, particularly for dark roasts.

The researchers are presenting their results through the American Chemical Society (ACS) SciMeetings online platform.

A brand-new video on the research is available at www.acs.org/philly-2020-coffee.

“This study can inform coffee enthusiasts about how they may want to craft their own coffee at home, based on science and on analytical chemistry,” says Meghan Grim, an undergraduate student who worked on the project.

“After I first tried cold-brew coffee, I wanted to make it at home, but it didn’t turn out too great,” says Niny Z. Rao, PhD, the project’s principal investigator. With her collaborator, Megan Fuller, PhD, Rao looked into the scientific literature to learn what she had done wrong. “It turns out there weren’t any studies on cold-brew coffee at the time,” Rao says, “so we decided to do some.”

In the cold-brew process, ground coffee is mixed with room-temperature or colder water and steeped for as long as two days, sometimes in a refrigerator. It can be drunk cold or hot. In hot brewing, ground coffee is mixed with boiling or near-boiling water and steeped at most for a few minutes. In either case, the coffee grounds are sometimes pressed, and the beverage is then filtered to remove the grounds.

Related Article: Brewing a Better Espresso, With a Shot of Math 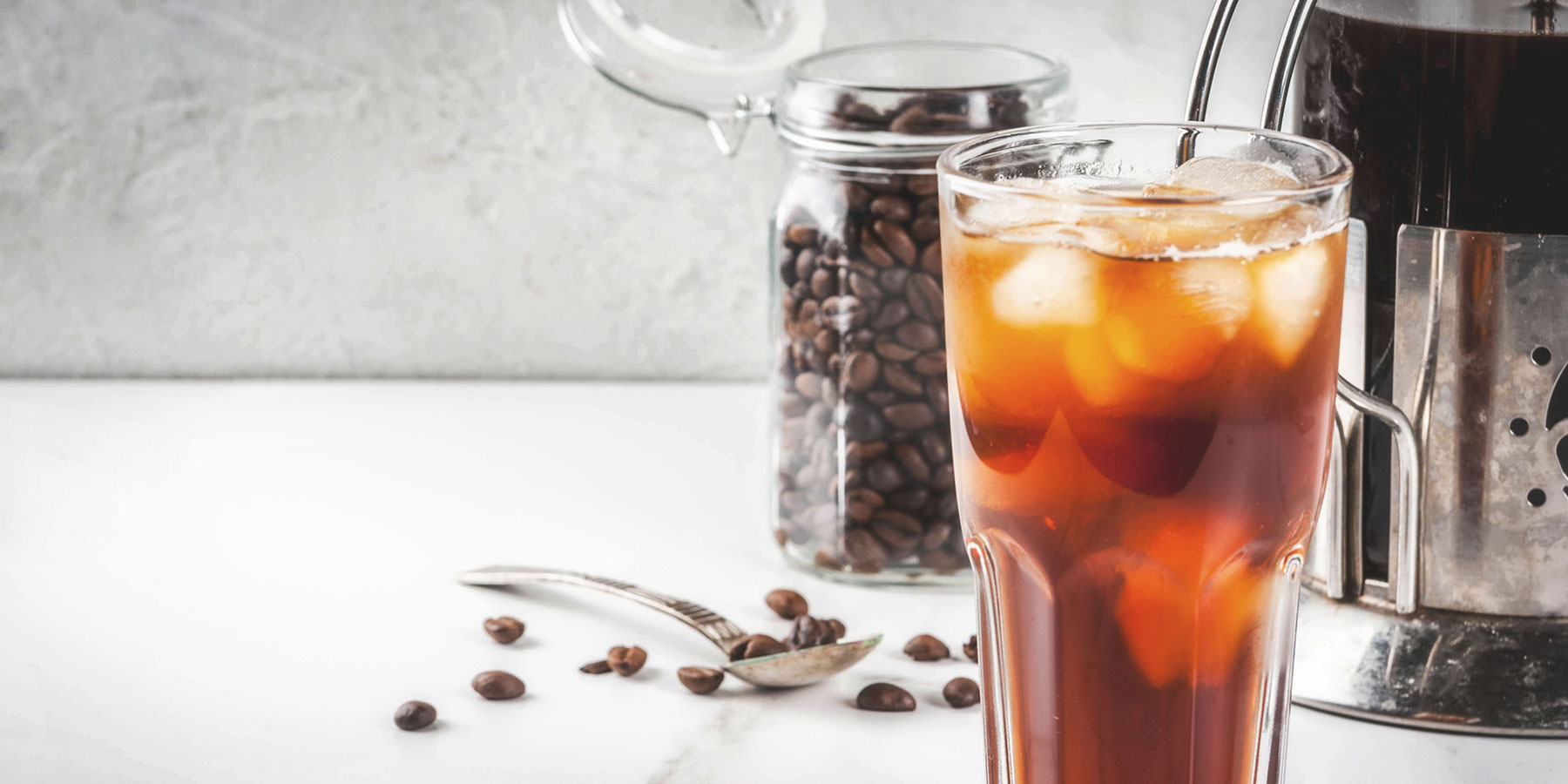 The researchers, who are at Thomas Jefferson University, previously assessed acidity and antioxidants in hot- and cold-brew java from lightly roasted beans. In another project, they analyzed the effect of medium and dark roasting, and of medium and coarse grinding, on a few coffee attributes. Now they’re taking a deeper dive by roasting Columbian beans at five different temperatures—from light roasting at 174 C to dark roasting at 209 C—and studying the impact on acidity, antioxidants and other natural chemicals in hot- and cold-brew coffee.

With the lighter roasts, Rao’s team finds that the content of caffeine and antioxidants is pretty similar in hot and cold brews. However, significant differences show up with the darker roasts. “Hot brewing extracts more antioxidants from the grind than cold brew, and this difference increases with the degree of roasting,” Rao says. So hot-brew of dark roasts produces a potentially healthier drink. Hot brew also contains more of certain kinds of acids and total dissolved solids. The pH is about the same for both hot and cold brews at equivalent roast, though both become less acidic as roasting temperature increases.

“My advice to consumers has always been to drink what they like,” Rao says. “But if you want to craft a coffee beverage with antioxidants or acidity in mind, you may want to pay attention to roast. If you want a low-acid drink, you may want to use a darker roast. But remember that the gap between the antioxidant content of hot- and cold-brew coffee is much larger for a darker roast.”

One of the biggest challenges in all these projects is reproducibility. “We have performed experiments in which we’re using the same beans, the same machine, the same settings, and it comes out not quite the same as the previous batch,” Rao says. “The same goes for brewing. To create a cup that’s consistent every time is really difficult. I have a lot of respect for the baristas who can do that.” To approach that level of perfection, the researchers became like drill sergeants, carefully standardizing their processes. They developed a procedure for when the water should be added to the ground coffee, how to pour the water and for how long, how to shake the solution, how to press the brewed coffee and how to analyze it. They set time limits for each step, with margins of just a few seconds. This rigor produced much more reproducible results.

The team has now begun comparing the impact of the two brewing processes and degree of roast on furans, flavor compounds present in raw coffee beans that are also generated through roasting. Such compounds are particularly important in cold-brew joe, which doesn’t have the same distinct aroma as the hot drink because it lacks steam to carry volatile organic compounds to the nose.

The researchers acknowledge support and funding from the US Department of Agriculture’s National Institute of Food and Agriculture.