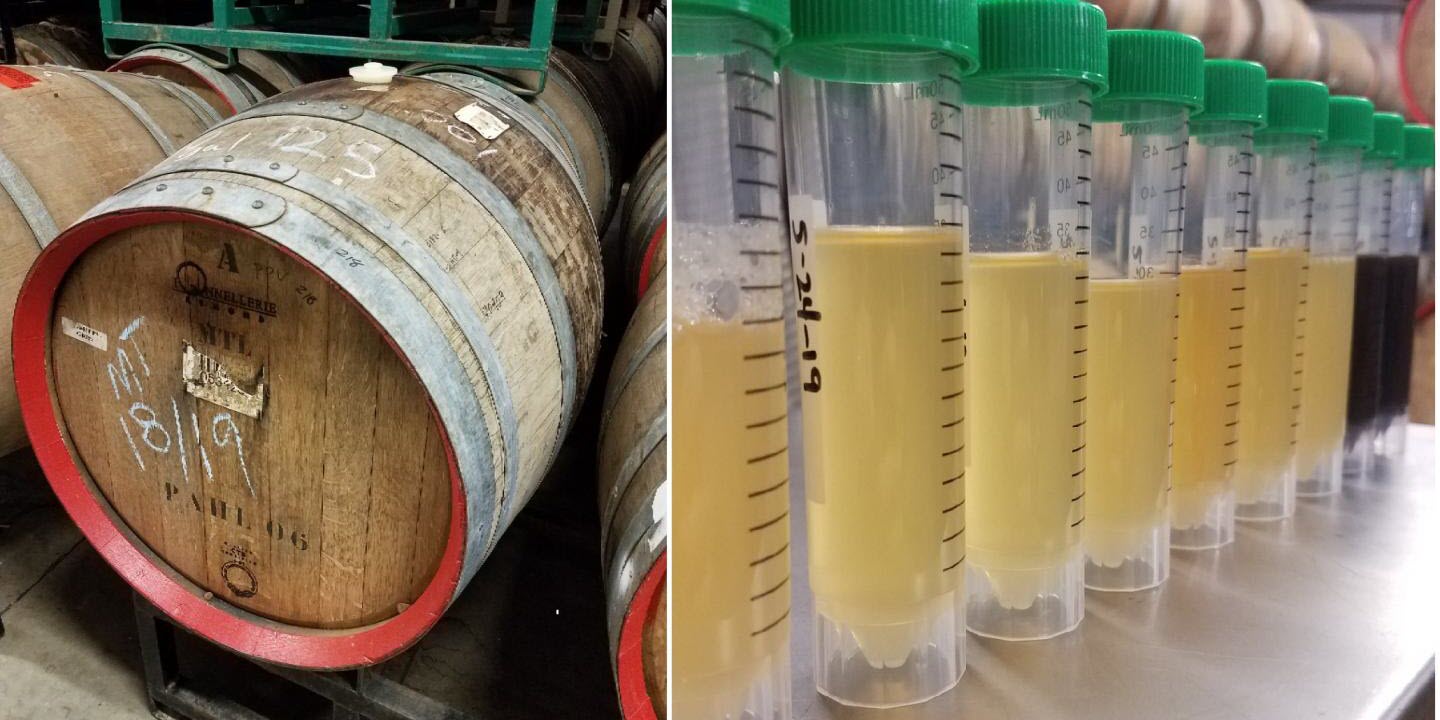 WASHINGTON, DC — August 17, 2020 — Sour beer, the tart and tangy outcome of a brewing process that's been used in Europe for centuries, has recently surged in popularity in the US. Today (Aug. 17), scientists report progress on a study of how acids and other flavor components evolve while the beverage ages. Their aim is to help brewers understand and gain more control over sour beer's taste.

The researchers will present their results at the American Chemical Society (ACS) Fall 2020 Virtual Meeting & Expo. ACS is holding the meeting through Thursday. It features more than 6,000 presentations on a wide range of science topics.

A brand-new video about the ongoing research is available at http://www.acs.org/fall2020-sour-beer.

Sour beer is an ancient type of beer in which wild yeast and bacteria are allowed to grow in freshly brewed beer (wort), which then ferments. After this stage, the wort is often transferred to wooden barrels where it matures for months or years. During that time, the microbes produce numerous metabolic products—including ethanol, acids and esters—that provide much of the unique flavor of sour beers. The barrels themselves can infuse trace components, such as vanillin and catechin, that contribute to the flavor profile.

"Scientists are very interested in beer and especially sours because they are such complicated systems," says Teresa L. Longin, PhD, one of the project's principal investigators. "There have been several prior studies of the components in finished sour beers. What makes our study different is that we've been able to get samples of beer in progress from many different batches." Their findings could help brewers make better products.

Longin was drawn into the study by her husband and co-PI, David P. Soulsby, PhD, and both are at the University of Redlands. When Soulsby began the project a couple of years ago, he reached out to Bryan Doty, a master brewer at nearby Sour Cellars. Doty was eager to learn what was going on in his beer and has provided a series of samples from the same barrels as the beer has aged.

Soulsby and undergraduate student Alexis Cooper examined each sample using NMR spectroscopy coupled with a new analysis method for quantitating the data. They used this approach to track the levels of acetic acid, the main component of vinegar; lactic acid, which gives sourdough bread its distinctive taste; and succinic acid, which is found in broccoli, rhubarb, and meat extracts. They found that each acid stabilized at similar concentrations in the different batches, though some batches had greater variability. "These organic acids give sour beers a lot of their flavor, and the balance of organic acids produces very different types of sour beer," Longin says. "It can be more like balsamic vinegar, which has a sweet/sour flavor, or it can be 'puckery' sour. So the mix of organic acids is really important for understanding the flavor profile."

Working with Emily Santa Ana, one of the undergraduates in her lab, Longin drew on expertise in liquid chromatography/time-of-flight mass spectrometry to search for other compounds that contribute subtly to flavor but are present at levels too low to detect with NMR.

"This is a work in progress, but I'm definitely seeing some trace compounds that are changing over time," Longin says. Some compounds start off at high concentrations and then disappear; they might be sugars that are being consumed by yeast as they produce ethanol and carbon dioxide, and by bacteria as they form organic acids. Others "grow in" over time. They could be additional organic acids, health-promoting antioxidants known as phenolics, or vanillin, which lends a hint of vanilla to beer.

The researchers will use the mass spectrometry data to identify the trace compounds and determine whether they come from the barrels or from byproducts of yeast or bacteria metabolism. "In addition, if a brewer knows a particular combination of yeast and bacteria produces a desirable flavor profile, they can culture more of it," Longin says. "Or if they know that a beer with a specific combination of acids is especially pleasing, they'll know when to stop aging the beer so it doesn't lose that balance."