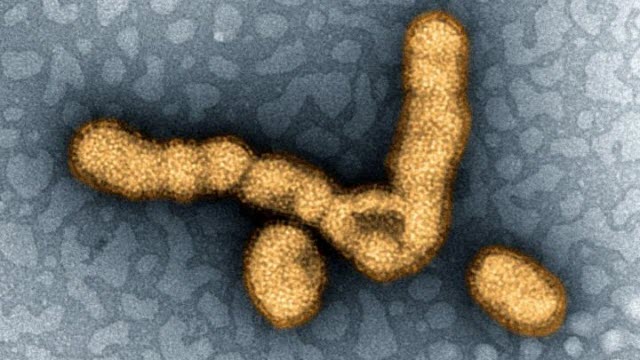 More than 700,000 Americans were hospitalized due to illnesses associated with the seasonal flu during the 2014-15 flu season, according to federal estimates. A radical new approach to vaccine development at the University of California, Los Angeles (UCLA) may help lower that figure for future flu seasons.

The scientists used leading-edge genomics to identify and eliminate the virus' defense mechanisms, enabling them to develop a vaccine "candidate"—meaning that it must still undergo evaluation and approval by the FDA—that in animals has been proven to be safe and highly effective against influenza.

In the study, which was published in the journal Science, the engineered influenza virus induced strong immune responses in animals. While further research will be needed, the UCLA scientists are hopeful that their approach could lead to a new, more effective vaccine that can be taken as a nasal spray at home, rather than as an injection by a health professional.

"Because the variations of seasonal influenza viruses can be unpredictable, current vaccines may not provide effective protection against them," said Ren Sun, a professor of molecular and medical pharmacology at the David Geffen School of Medicine at UCLA and the study's senior author. "Previous pandemics and recent outbreaks of avian influenza highlight the need to develop vaccines that offer broader, more effective protection."

The key to the new vaccine is an understanding of the interactions between the virus and interferons, which are proteins that are critical to the body's immune response. Interferons have two main functions: one is a first line of defense to kill invading viruses very quickly; a second is to coordinate the adaptive immune responses, which provide long-lasting protection against the virus. The latter is the basis of vaccination.

"If viruses do not induce interferons, they will not be killed in the first-line defense; and without interferons, the adaptive immune response is limited," said Sun, who also is a professor of bioengineering at the UCLA Henry Samueli School of Engineering and Applied Science. "For these reasons, viruses have evolved strategies to evade detection and limit the production of interferons by host organisms."

Sun and colleagues have spent the past four years searching the influenza virus's entire genome for its anti-interferon properties. After defining the function of every amino acid in the genome, they deactivated the sequences that prevent interferon induction, which meant that interferon production would be highly stimulated in organisms infected with the virus.

Sun added: "With this approach, the safety and efficacy requirement of vaccines can potentially be achieved simultaneously. In traditional vaccine development, one is usually sacrificed for the other."

Although researchers have disabled genetic sequences that block interferon before, the UCLA scientists were the first to systematically identify and eliminate multiple interferon-evasion sites at single amino acid resolution on the virus.

"Other researchers have knocked out one anti-interferon sequence, but we knocked out eight locations by changing one amino acid at a time," Du said.

Sun and his colleagues now plan to test the vaccine in animals with two strains of influenza before moving to clinical trials with humans. He said the approach could also be applied to developing vaccines against a wide range of other viruses.