University of the Basque Country

Two palaeohistological sections among those studied in ornithopod dinosaurs at La Cantalera-1. On the left, the actual structure of adult individuals. On the right, structures relating to immature or young individualsCredit: Leire Perales-Gogenola / UPV/EHU

Work conducted between the UPV/EHU-University of the Basque Country and the University of Zaragoza resulted in an in-depth analysis of the dinosaur fossils at La Cantalera-1, one of the Iberian sites belonging to the Lower Cretaceous with the largest number of vertebrates. The structure of the fossilized bone tissue as well as the fossilization processes have been studied. It has been possible to confirm that most of the dinosaurs found at La Cantalera-1 were young individuals.

The site or bone bed at La Cantalera-1 is located in Teruel (Spain) and regarded as hugely important by the scientific community as it is one of the sites on the Iberian Peninsula with the greatest diversity of vertebrates of the Lower Cretaceous. Remains of dinosaurs, mammals, crocodiles, pterosaurs, lizards, tortoises, amphibians, and fish dating back to approximately 130 million years ago have been discovered. A multidisciplinary piece of research carried out by researchers in the Department of Stratigraphy and Palaeontology and the Department of Mineralogy and Petrology at the UPV/EHU's Faculty of Science and Technology, together with the University of Zaragoza (Aragosaurus-IUCA Group), has explored not only the fossilization process (taphonomy) that took place in some of these remains, but also the internal structure displayed by the bones (palaeohistology).

Although given its importance, the site has undergone thorough investigation, "no previous investigation had tackled it from these perspectives or with the depth that we have conducted in this study," pointed out Leire Perales-Gogenola, a member of the UPV/EHU's Department of Stratigraphy and Palaeontology and lead author of the paper.

For their work, they selected two groups of dinosaurs: ornithopods (of which there are abundant remains at the site), and ankylosaurs (known as armored dinosaurs as they had armor consisting of bony plates). Although large fossil items exist, this research group resorted to "fragmentary remains, small pieces of bone, and the dermal bones. The methodology we had to follow involved making sections in the samples and we did not want to damage the more important items," stressed the researcher.

Wetland ecosystem with a wealth of young individuals

The part of the study of the internal structures of the fossil bones (palaeohistology) "revealed that most of the ornithopod dinosaurs were young individuals. On inspecting the fossilized bones under the microscope, they were found to display the same structure as unfossilized bones as they retain all their characteristics. This enables us to identify the signs that tell us whether they belonged to adult or immature individuals; it is possible to know, for example, whether the individual in question was a large but young dinosaur or whether it was a small but adult dinosaur," explained the UPV/EHU biologist and palaeontologist. In the study of the internal part of the dermal bones they observed "various traces that other researchers had associated with a specific group of ankylosaurs, so in some cases we were able to determine more accurately what kind of dinosaurs they were."

For the taphonomic study, the researcher stresses the usefulness in having analyzed fragmentary remains, "as they are bones that have undergone fractures owing to the pressure of the subsequent burial itself, among other things, and this has allowed various sedimentary materials to filter through these fractures, which have been fossilized beside the bone remains; this provides hugely valuable information about the environment in which they were found." In this part of the study, they were able to deduce that these bones were subjected to rapid burial and soon reached the phreatic level in which the fossilization processes had already taken place. Microbial activity in the bones, the presence of bacterial forming microbial carpets, has also been detected, and this may have encouraged the fossilization process.

The results obtained have helped to increase the available knowledge about the site and basically "the features of the ecosystem and degree of maturity of the individuals present, which had already been described in previous studies, have been confirmed. The data indicate that it was a wetland ecosystem and was used as a feeding zone for the fauna in the area. Due to the wealth of young individuals and eggshell remains, which are also very abundant at the site, it has been suggested that it could have been a breeding or feeding area," said Perales-Gogenola.

Forthcoming studies at the site anticipated by the University of Zaragoza are due to tackle the palaeohistology of the dinosaurs present at La Cantalera-1 and also to go further into the age of death of the herbivore dinosaurs, to certify whether it was a natural population or whether there is an excessive number of youngsters owing to predation issues by theropod dinosaurs (carnivorous dinosaurs that could attack young individuals more frequently than adult individuals). 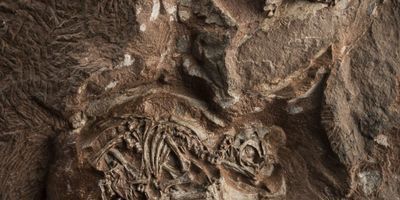 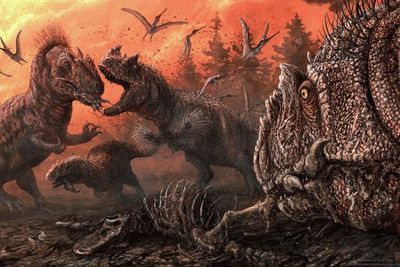 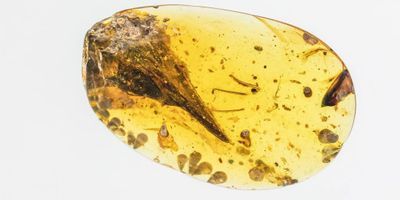 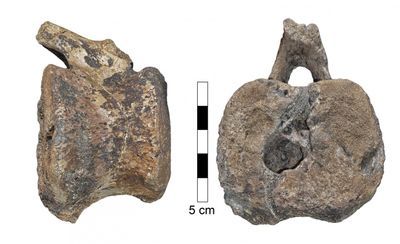 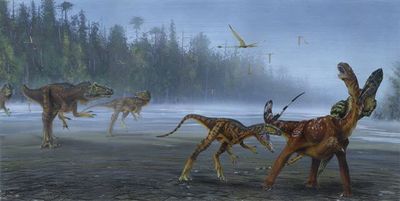