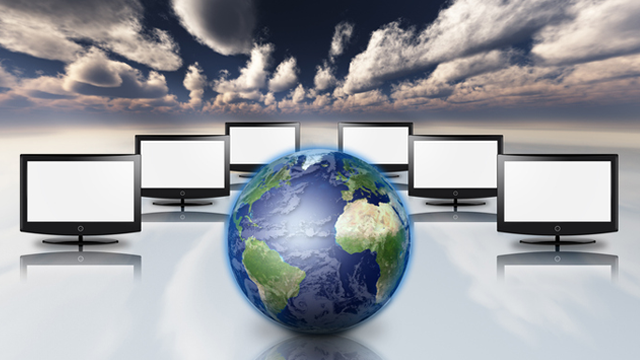 Using YouTube to learn about climate-change-related topics will expose you to video content that mostly opposes worldwide scientific consensus.

That's the finding of a new study published in Frontiers in Communication, which also reveals that some scientific terms, such as geoengineering, have been 'hijacked' by conspiracy theorists so that searches provide entirely non-scientific video content. Scientists could counteract this by forming alliances with influential YouTubers, politicians, and those in popular culture, to ensure scientifically accurate video content reaches the widest-possible audience.

"Searching YouTube for climate-science and climate-engineering-related terms finds fewer than half of the videos represent mainstream scientific views," says study author Dr. Joachim Allgaier, senior researcher at the RWTH Aachen University. "It's alarming to find that the majority of videos propagate conspiracy theories about climate science and technology."

Nearly 2 billion logged-in users—half the world online—visit YouTube every month, and research has shown that users see it as a platform for learning about science, health and technology.

"So far, research has focused on the most-watched videos, checking their scientific accuracy, but this doesn't tell us what an average internet user will find, as the results are influenced by previous search and watch histories," reports Allgaier. "To combat this, I used the anonymization tool TOR to avoid personalization of the results."

Employing ten climate change-related search terms, Allgaier analyzed 200 videos about climate change and climate modification topics. He found that the majority of these videos opposed the worldwide scientific consensus, as detailed by the UN Intergovernmental Panel on Climate Change.

Most videos propagated the so-called "chemtrails" conspiracy theory, which is a belief that the condensation trails of airplanes are purposefully enriched with harmful substances to modify the weather, control human populations, or for biological or chemical warfare. Scientists have clearly shown there is no evidence for such a large-scale secret atmospheric spraying program.

Geoengineering has been hijacked

"Within the scientific community, 'geoengineering' describes technology with the potential to deal with the serious consequences of climate change, if we don't manage to reduce greenhouse gases successfully. For example, greenhouse gas removal, solar radiation management, or massive forestation to absorb carbon dioxide," explains Allgaier. "However, people searching for 'geoengineering' or 'climate modification' on YouTube won't find any information on these topics in the way they are discussed by scientists and engineers. Instead, searching for these terms results in videos that leave users exposed to entirely non-scientific video content."

Allgaier also questions YouTube search algorithms—does its business model direct traffic towards videos of dubious scientific content? He found some of the conspiracy videos being monetized by the users via adverts or the sale of merchandise with conspiracy-theory motives.

"The way YouTube search algorithms work is not very transparent. We should be aware this powerful artificial intelligence is already making decisions for us, for example, if you choose to use 'auto-play.' I think YouTube should take responsibility to ensure its users will find high-quality information if they search for scientific and biomedical terms, instead of being exposed to doubtful conspiracy videos," argues Allgaier.

To counter the non-scientific content on YouTube, Allgaier, who recently spoke at the World Conference of Science Journalists about his work, suggests scientists and science communicators should take YouTube seriously as a platform for sharing scientific information.

"YouTube has an enormous reach as an information channel, and some of the popular science YouTubers are doing an excellent job at communicating complex subjects and reaching new audiences. Scientists could form alliances with science-communicators, politicians and those in popular culture in order to reach out to the widest-possible audience. They should speak out publicly about their research and be transparent in order to keep established trustful relationships with citizens and society."