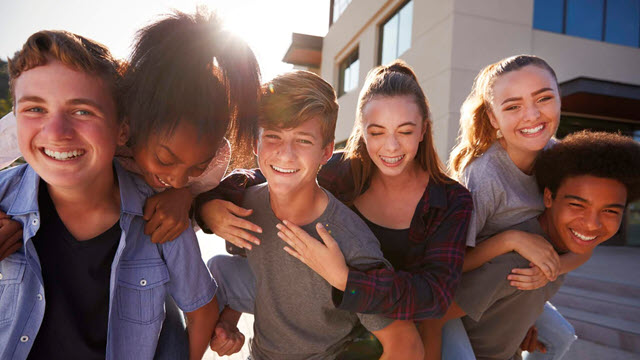 Puberty is much more than just a time of biological overdrive, propelled by sexual maturation. Progress in developmental science has greatly broadened the perspective of this critical maturational milestone.

"We've moved beyond thinking of puberty as simply raging hormones," says Carol Worthman, professor of anthropology at Emory University. "Major advances in understanding of brain development clearly show that the sociological and psychological impacts during puberty are just as important as the hormones."

What's needed now, Worthman argues as lead author on a new paper, is to integrate this understanding into more comprehensive research models. The Journal of Research on Adolescence published the paper, which reviews key theories and methods that are relevant to studies of puberty.

"Puberty was once thought of as the biological process of teen development and adolescence was considered the cultural process," Worthman says. "We want to raise awareness that bracketing research in this way is no longer a useful approach."

For decades, researchers have focused on improving the health of infants and children, resulting in substantial declines in child mortality worldwide.

While babies and children are labeled as cute and positive, full of possibility, adolescents are more often seen as problems. They have generally been less studied, Worthman says, even though the second decade of life is a critical time when risks spike for the development of mental illness, substance abuse and the escalation of injuries. And what happens in puberty, she adds, impacts health and well-being across the lifespan.

The global population is now bulging with young people aged 10 to 19, who today number more than 1.2 billion, or 17 percent of humanity. These young people must deal with finding their way into adulthood amid massive, rapid social transformations.

"Due to the global slowdown in fertility, this is probably the biggest cohort of young people we will ever see," Worthman says. "If we are ever going to get serious about helping adolescents reach their full potential, now is the time."

In her own research, Worthman uses a biocultural approach to conduct comparative interdisciplinary research into human development. Samatha Dockray, a co-author of the paper from University College Cork, studies psychobiological mechanisms to understand their effects on adolescent health and behavior. The third co-author, Kristine Marceau from Purdue University, integrates genetics, prenatal risk, neuroendocrine development and the family environment into her developmental research.

The paper outlines minimally invasive methods to study different aspects of puberty. For instance, hair and fingernail clippings can be used to track stress levels and hormones over time. Changes in the microbiome, immune function and brain are other critical aspects of puberty that can be measured, along with cognition, behavior and ecological contexts.

The review paper is part of a special section on puberty published by the Journal of Research on Adolescence. Topics covered include emerging genetic-environmental complexities of puberty, the role of puberty in the developing brain, how puberty impacts health and well-being across the lifespan and the need to explore puberty in understudied populations.