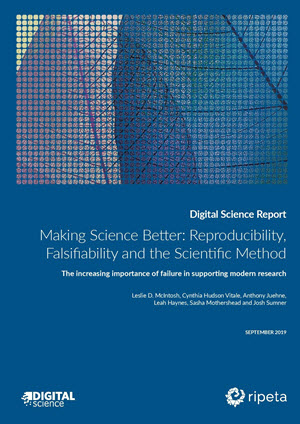 The analysis comes from the Digital Science portfolio company, Ripeta, which aims to make better science easier by identifying and highlighting the important parts of research that should be transparently presented in a manuscript and other materials.

"Technology has made conducting science faster and more sophisticated. We need ways to quickly and accurately capture and report all the methods without asking more from the scientists. Ripeta addresses one part of the problem."

Ripeta has been nominated as a finalist for the ALPSP Awards for Innovation in Publishing, with the winner announced tomorrow evening at the annual conference dinner.

The report contributions include: