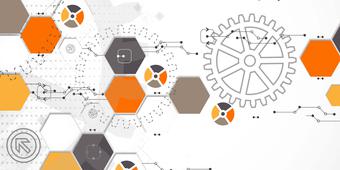 Image courtesy of the Santa Fe InstituteMost new patents are combinations of existing ideas and pretty much always have been, even as the stream of fundamentally new core technologies has slowed, according to a new paper in the Journal of the Royal Society Interface by Santa Fe Institute researchers Hyejin Youn, Luis Bettencourt, Jose Lobo, and Deborah Strumsky.

Youn and colleagues reached those conclusions sifting through the records of the United States Patent and Trademark Office. Dating back to 1790, the records feature an elaborate system of technology codes — a vocabulary of sorts, in which any new invention is a phrase.

The researchers found that throughout the USPTO’s history, about 40 percent of patents have been refinements on existing patents that leave the “phrase” unchanged. The rest are either new words or new phrases — and the balance between those has changed.

The vocabulary of invention grew exponentially until 1870. Afterwards the expansion slowed, but by that time there were so many basic technologies that inventors could keep up the pace of new patents by combining old words in new ways.

Youn says there are a number of avenues for future research. In one project, she and colleagues are examining the grammar of technology — the different ways that individual ideas are combined or not—and how that grammar’s changed over time.

She adds that this research, and the notion of studying combinatoric invention, is a good example of the collaborative nature of the Institute, which is itself deeply combinatoric in terms of both researcher expertise and home institution. "Deborah and Jose's previous work, and her data, ignited the project," Youn says. "The notion was there, but it was not so much explicit until Luis suggested to look for combinatoric inventions in a more explicit way. Thanks to Jose's expertise in the field, the project was nicely put into context. It is all possible because of the existence of SFI."

Read the paper in the Journal of the Royal Society Interface (April 22, 2015)