The soil microbial carbon pump (MCP) moves carbon derived from microbial anabolism into soil where it can become stabilized by the entombing effect. The yin-yang symbol represents a key part of soil MCP that links aboveground vegetation to belowground soil, and creates a sense of movement to illustrate that the movement is driven, but driven differently, by fungi and bacteria.Image credit: Xuefeng Zhu

Many complexities of the carbon sequestration process remain poorly understood, despite years of research and the significant impact of this process on global climate.

Now, three scientists have proposed a new approach to better understand the role of soil organic matter in long-term carbon storage and its response to changes in global climate and atmospheric chemistry. The trio, including Julie Jastrow of the U.S. Department of Energy’s (DOE) Argonne National Laboratory, published their ideas in the August issue of Nature Microbiology.

The article comes at a time of increasing concern over the growing problem of soil degradation, and the emerging concept of soil security (the stabilization and improvement of the world’s soil resources).

“Soil is important to life on Earth as we know it,” said Jastrow, a senior terrestrial ecologist and group leader in Argonne’s Environmental Science Division. “Soils, and particularly soil organic matter, are key to many of the essential services and functions that soils provide.”

“Soil organic matter specialists long believed that remnants of decayed plant matter were the principal components of stabilized soil carbon,” said Chao Liang from the Institute of Applied Ecology of the Chinese Academy of Sciences, lead author of the Nature Microbiology article and a former postdoctoral scientist at Argonne. “But evolving analytical approaches have led researchers to shift toward the view that dead microbial biomass and other microbial residues could contribute even more significantly to stable carbon pools.”

“I agree with Chao that we are seeing a paradigm shift. We may not have the tools or data yet to fully support or quantify this, but our thinking is evolving,” Jastrow said.

The ideas presented in the Nature Microbiology article were honed when co-author, Joshua Schimel, a leading soil microbial ecologist from the University of California, Santa Barbara, visited Liang’s laboratory in 2015. Liang later invited Jastrow to help them further refine their ideas.

“The conceptual framework and ideas described in this article can give us clues on how to better stabilize and renew vulnerable or degraded soils,” Liang said. “It also provides insight about the origins of different forms of soil organic matter.”

“This new insight is essential for our national and global discussions on soil vulnerability and the sustainability of soils for food and biofuel production, ecological sustainability, environmental health, and climate policy,” he said.

In the carbon cycle, carbon moves among plants, animals, soils, the Earth’s crust, fresh water, the oceans, and the atmosphere. Sequestered carbon is carbon that stays in long-term storage. Soil carbon waxes and wanes, depending on the balance between inputs of new organic materials and outputs. Losses occur mostly through decomposition, but also through leaching into groundwater or surface erosion.

Studies have long focused on how plant litter—mostly dead leaves, stems, and roots—decomposes and transforms into soil organic matter. The contribution of the living biomass of microbes to soil carbon, which accounts for only 1 to 5 percent of total soil carbon, has received much less attention, however.

“When researchers compared the amount of living microbial biomass with the annual inputs from plants, it just seemed natural to think that the bulk of soil organic matter had to come from plant litter,” Jastrow noted.

Even though the living biomass of microbes is small, these organisms grow, live and die at a rapid pace. This means that microbial inputs to soil organic matter can be much larger than previously thought, particularly when a significant portion of those inputs are stabilized rather than decomposed. But even with new insights and improvements in the tools used to study soil organic matter, many questions and unknowns persist.

“Tapping into the microbial carbon pump concept that originated in marine literature simply provides a way of organizing and thinking about all of the various complexities associated with the role of microbial anabolism in the formation of soil organic matter,” Jastrow said.

In their paper, Jastrow and her colleagues link the microbial carbon pump to the ability of microbially synthesized compounds to become stabilized by intimate physical and chemical associations with soil minerals. They call this latter phenomenon the “entombing effect.” The soil microbial carbon pump enhances this effect, especially via the in vivo turnover process, the scientists maintain. With in vivo turnover, microorganisms metabolically process plant materials to generate biomass. When those microbes die, their residues are more likely to become “entombed” than plant residues, enhancing the pool of persistent soil carbon.

The interplay between the catabolic and anabolic processes plays a key factor in tilting the balance between the entombing effect and its flip side, the priming effect, which helps release carbon from stable organic matter. When fresh, easy-to-decompose residues enter the soil, this readily available energy source can “prime” the catabolic activities of microbes and stimulate the decomposition of more complex and stable soil organic matter pools.

Thus, addition of new, externally produced carbon can increase the production of carbon dioxide by priming microbial decomposition of existing soil organic matter, and at the same time it can lead to greater entombment of microbial residues.

“But, researchers will need better analytical tools to more accurately quantify the mass of dead microbial material and residues in soils, and to understand the factors controlling the balance between the entombing and priming effects,” Liang noted.

“Few data currently exist that directly inform our quantification and understanding of the mechanisms behind the soil microbial carbon pump concept,” he said.

Even now, many of the analytical methods and instruments that provide new insights into soil organic matter are still insufficient.

“Nevertheless, the new insights are beginning to change how we think about soil organic matter and its formation, degradation and dynamics,” Jastrow said.

“By organizing these insights around the concept of a soil microbial carbon pump,” added Liang, “we hope to inspire new research aimed at the role of microorganisms in the creation of soil organic matter and its resilience to disturbance or changing environmental conditions.” 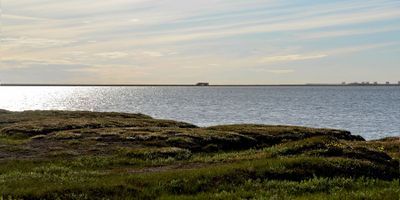 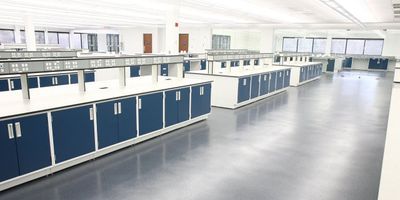 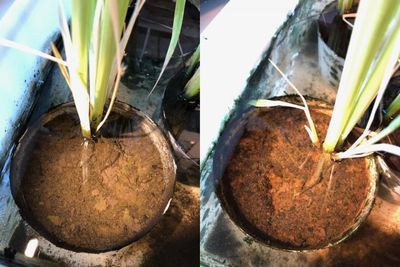 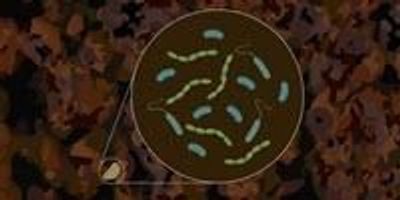