Feb 06, 2020The Institute of Physical Chemistry of the Polish Academy of Sciences 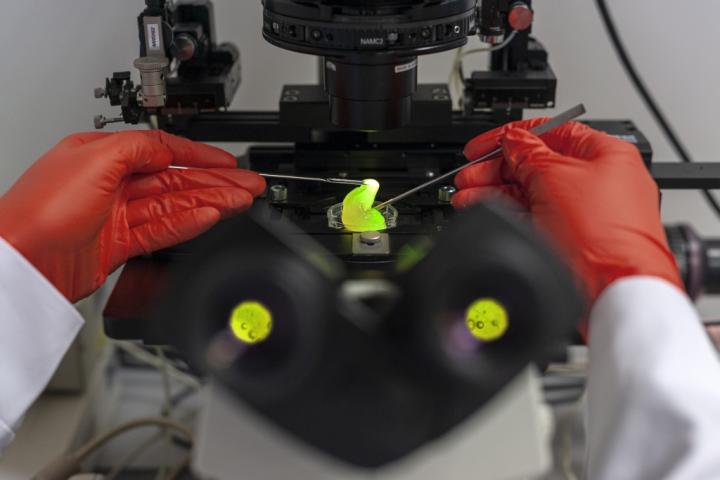 The only thing that appears to be unchanging in living cells is that they are constantly changing. However, scientists from the Institute of Physical Chemistry of the Polish Academy of Sciences (IPC PAS) have managed to show that there is a certain parameter that does not change. It's their viscosity. This research, although basic, may contribute to the development of completely new diagnostic and therapeutic methods.

It would seem that during the life of cells—DNA replication, protein formation, the constant changes in their quantity, metabolites, etc.—such drastic transformations take place within them that the viscosity related to the ratio of water to the number of biological molecules in the cell should, (when looked at intuitively), change. This is what many scientists thought, including the authors of the paper published in Scientific Reports. "We wanted to examine how the viscosity of cytoplasm changes at various important moments in a cell's life, such as during division. That's why the result, i.e. the constancy of viscosity, was a complete surprise to us," says Dr. Karina Kwapiszewska.

The measurement itself was a difficult and tedious process. A full cell cycle takes about 24 hours, and although cells can be synchronized like dancers in a ballet, i.e. made to all divide roughly at the same time, they cannot be persuaded to wait for an observer to take a picture of them. They constantly dance to their own inner music. 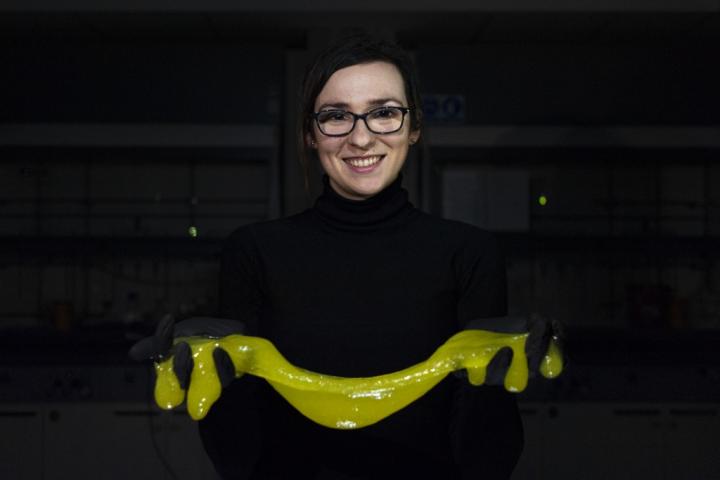 "Here a big nod to my colleague, Dr. Krzysztof Szczepanski, who spent more than one night carrying out fluorescence correlation spectroscopy measurements. They have to be performed every half hour during the whole cell cycle, and the cell won't wait until the morning to divide," says Dr. Kwapiszewska. "Thanks to him and his perseverance we mapped the viscosity throughout the entire cycle. And that's with the right number of repetitions. This is the only way we could prove that what we measured was an actual parameter, not an artefact," she adds.

What's more, the IPC PAS scientists discovered that the cell's viscosity remains constant regardless of whether the cell comes from the lung or e.g. the liver, although these are very different tissues. And since it is constant, this means that the cell must need it to be so for a purpose. Especially since the size of cells can vary within a single population (e.g. skin cells) even ten-fold and this does not matter to them as much as their viscosity. So there must be a mechanism that regulates it.

The viscosity of a medium is undoubtedly very important for biochemical processes. Simply put, the higher the viscosity, the harder it is for particles to meet in order to react. Cells must actively regulate their viscosity otherwise reactions would be slower in some conditions and faster in others. And if one of the reactions were to slow down too much—the whole system could fall apart and the cell would never be able to restore its balance. "In one of our team's earlier papers (Sozanski et. al., Phys Rev Lett 2015) it was shown that only a six-fold increase in viscosity (this really isn't much) is sufficient to stop the entire active transport in a cell," explains Dr. Kwapiszewska.

And here we come to the potential, though at present distant, applications of this discovery. Since an increase in viscosity inhibits life processes in the cell then perhaps this can be used, for example, to create therapeutics against cancer cells. The sort that would employ physical processes instead of, for example, inhibiting DNA replication.

"We also suspect that some neurodegenerative diseases may be caused by a local increase in viscosity in cells," says the author. "So, compensating for this could be a way to stop damage in Parkinson's or Alzheimer's disease and improve a patient's prognosis."

Now researchers want to find out how viscosity changes during cell death and whether this change in viscosity is the result or the cause of the process itself.

- This press release was originally published on the IPC PAS website