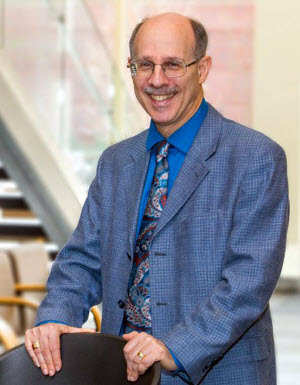 Neil Charness is a professor of psychology and director of FSU's Institute for Successful Longevity.Photo courtesy of Florida State UniversityBe skeptical of ads declaring you can rev up your brain’s performance by challenging it with products from the growing brain-training industry.

Science does not support many of the claims.

That’s according to a new study published in the science journal Frontiers in Aging Neuroscience from a team of Florida State University researchers.

“Our findings and previous studies confirm there’s very little evidence these types of games can improve your life in a meaningful way,” said Boot, an expert on age-related cognitive decline.

“Brain challenges like crossword games are a popular approach, especially among baby boomers, as a way to try to protect cognition,” Charness said.

That popularity has turned the brain-training industry into a billion-dollar business. Brain games are available online and through mobile apps that typically sell for about $15 a month or $300 for lifetime memberships. But advertising for this rapidly growing business sector has sometimes used inflated claims. The Federal Trade Commission fined one brain-training company $50 million for false advertising, which was later lowered to $2 million. 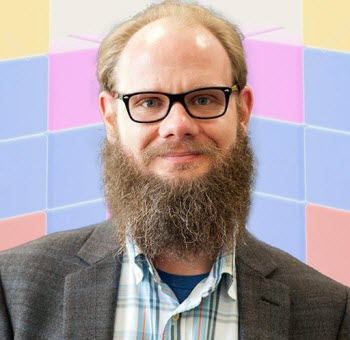 Wally Boot is an associate professor of psychology at FSU, who used a specially designed video game to test whether people can improve overall cognitive performance by playing brain-training games or crossword puzzles: “You can get people fantastically good at specific things if you train them on those things, but then if you change that task just slightly the performance just falls apart. There’s very little evidence these types of games can improve your life in a meaningful way.”Photo courtesy of Florida State University“More companies are beginning to be fined for these types of inflated claims and that’s a good thing,” Boot said. “These exaggerated claims are not consistent with the conclusions of our latest study.”

The FSU team’s study focused on whether brain games could boost the “working memory” needed for a variety of tasks. In their study, they set up one group of people to play a specially designed brain-training video game called “Mind Frontiers,” while another group of players performed crossword games or number puzzles.

All players were given lots of information they needed to juggle to solve problems. Researchers tested whether the games enhanced players’ working memory and consequently improved other mental abilities, such as reasoning, memory and processing speed.

That’s the theory behind many brain games: If you improve overall working memory, which is fundamental to so much of what we do every day, then you can enhance performance in many areas of your life.

The team examined whether improving working memory would translate to better performance on other tasks or as the researchers called it: “far transfer.”

“It’s possible to train people to become very good at tasks that you would normally consider general working memory tasks: memorizing 70, 80, even 100 digits,” Charness said. “But these skills tend to be very specific and not show a lot of transfer. The thing that seniors in particular should be concerned about is, if I can get very good at crossword puzzles, is that going to help me remember where my keys are? And the answer is probably no.”

Charness has spent much of his career the past 45 years trying to wrap his brain around the way the mind functions and how it ages. With the senior population continuing to grow—45 million Americans are 65 or older—Charness understands their concerns about preserving brain function and remaining independent.

“People have real concerns about loss of cognition and loss of memory as they age, so they do all kinds of things to try to stave off cognitive decline,” Charness said.

Charness noted that other research finds aerobic exercise, rather than mental exercise, is great for your brain. Physical exercise can actually cause beneficial structural changes in the brain and boost its function. He predicts “exer-gaming,” which combines exercise with brain games, will increase in popularity in the 21st century.

“I wouldn’t come away from our article totally discouraged,” Charness said. “It’s another piece of the puzzle that we’re all trying to assemble. It’s discouraging in the sense that we can’t find far transfer and that seems to be a fairly consistent finding in research. But if your real goal is to improve cognitive function and brain games are not helping, then maybe you are better off getting aerobic exercise rather than sitting in front of the computer playing these games.”