This is a schematic illustration of working principle and device structure for a tilted-angle standing surface acoustic wave-based cell-separation device.Tony Huang, Penn State"For biological testing we often need to do cell separation before analysis," said Tony Jun Huang, professor of engineering science and mechanics at Penn State. "But if the separation process affects the integrity of the cells, damages them in any way, the diagnosis often won't work well."

Tilted-angle standing surface acoustic waves can separate cells using very small amounts of energy. Unlike conventional separation methods that centrifuge for 10 minutes at 3000 revolutions per minute, the surface acoustic waves can separate cells in a much gentler way. The power intensity and frequency used in this study are similar to that used in ultrasonic imaging, which has proven to be extremely safe, even for fetuses. Also, each cell experiences the acoustic wave for only a fraction of a second, rather than 10 minutes.

"The tilted-angle standing surface acoustic waves method has the least disturbance or disruption to the living cells being separated compared to other available methods so far," said Ming Dao, principal research scientist, materials science and engineering, Massachusetts Institute of Technology. "It adds to the portfolio of latest technology developments for separating such things as rare circulating tumor cells in the blood."

Previous work by Huang showed that acoustic tweezers work by setting up a standing surface acoustic wave. If two sound sources are placed opposite each other and each emits the same wavelength of sound, there will be a location where the opposing sounds cancel each other. Because sound waves have pressure, they can push very small objects, so a cell or nanoparticle will move with the sound wave until it reaches the location where there is no longer movement.

If the sound sources are at right angles to each other, an evenly spaced set of rows and columns form in a checkerboard pattern. In this case, the team from Penn State, MIT and Carnegie Mellon University used simulation programs to determine the angle the sound sources should be tilted at to produce the best separation. They report their results today (Aug. 25) online in the Proceedings of the National Academies of Science.

By tilting the sound source so that it is not perpendicular, the researchers created better separation distance and could more efficiently sort cells.

The acoustic tweezers are made by manufacturing an interdigital transducer, which creates the sound, onto the piezoelectric chip surface. Standard photolithography creates microchannels in which the liquid containing the cells flow.

"The method we describe in this paper is a step forward in the detection and isolation of circulating tumor cells in the body," said Subra Suresh, one of the study's authors and president of Carnegie Mellon University. "It has the potential to offer a safe and effective new tool for cancer researchers, clinicians and patients." 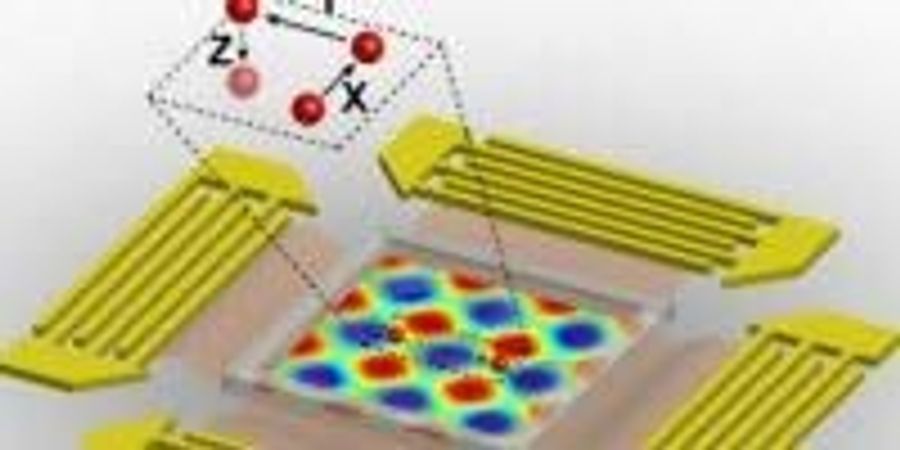