Rice University scientists have optimized a process to convert waste from rubber tires into graphene that can, in turn, be used to strengthen concrete.

"Concrete is the most-produced material in the world, and simply making it produces as much as nine percent of the world's carbon dioxide emissions," Tour said. "If we can use less concrete in our roads, buildings, and bridges, we can eliminate some of the emissions at the very start." 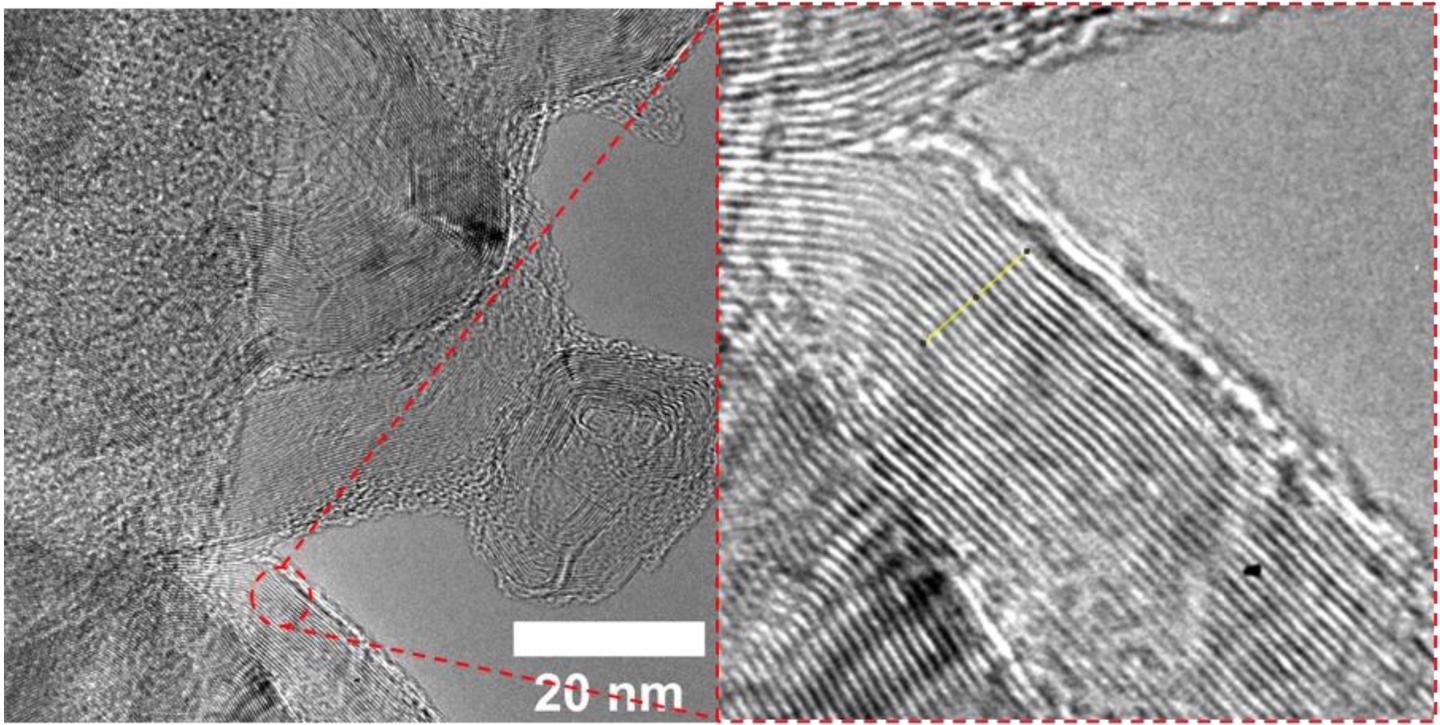 Recycled tire waste is already used as a component of Portland cement, but graphene has been proven to strengthen cementitious materials, concrete among them, at the molecular level.

While the majority of the 800 million tires discarded annually are burned for fuel or ground up for other applications, 16 percent of them wind up in landfills.

"Reclaiming even a fraction of those as graphene will keep millions of tires from reaching landfills," Tour said.

The "flash" process introduced by Tour and his colleagues in 2020 has been used to convert food waste, plastic, and other carbon sources by exposing them to a jolt of electricity that removes everything but carbon atoms from the sample.

Those atoms reassemble into valuable turbostratic graphene, which has misaligned layers that are more soluble than graphene produced via exfoliation from graphite. That makes it easier to use in composite materials.

Rubber proved more challenging than food or plastic to turn into graphene, but the lab optimized the process by using commercial pyrolyzed waste rubber from tires. After useful oils are extracted from waste tires, this carbon residue has until now had near-zero value, Tour said. 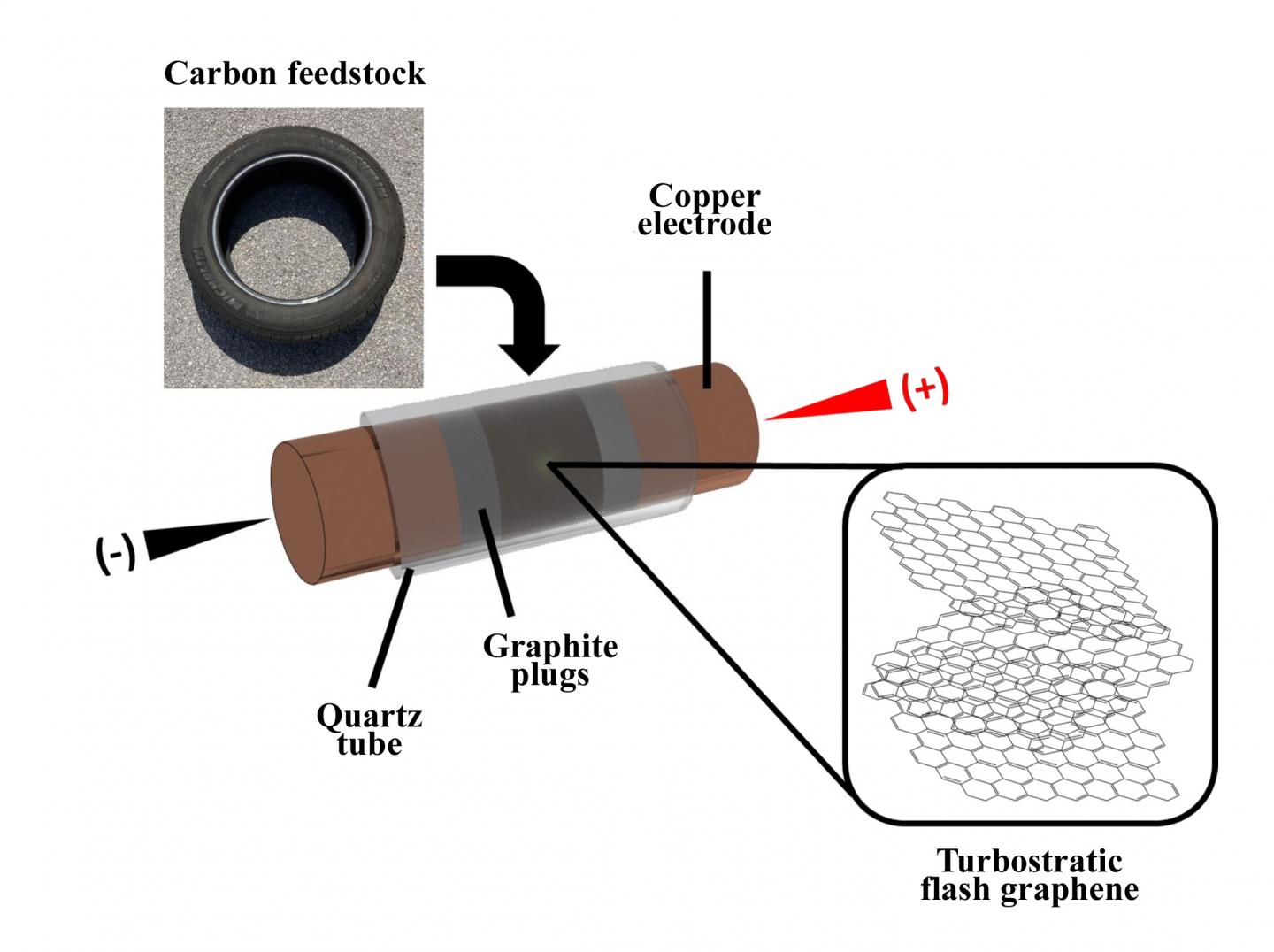 Rice University scientists have optimized a process to turn rubber from discarded tires into turbostratic flash graphene. The graphene is highly soluble, which makes it ideal for composite materials, including cement in more environmentally friendly concrete.
Tour Research Group/Rice University

Tire-derived carbon black or a blend of shredded rubber tires and commercial carbon black can be flashed into graphene. Because turbostratic graphene is soluble, it can easily be added to cement to make more environmentally friendly concrete.

The research led by Tour and Rouzbeh Shahsavari of C-Crete Technologies is detailed in the journal Carbon.

The electrical pulses lasted between 300 milliseconds and one second. The lab calculated electricity used in the conversion process would cost about $100 per ton of starting carbon.

The researchers blended minute amounts of tire-derived graphene—0.1 weight/percent (wt%) for tire carbon black and 0.05 wt percent for carbon black and shredded tires—with Portland cement and used it to produce concrete cylinders. Tested after curing for seven days, the cylinders showed gains of 30 percent or more in compressive strength. After 28 days, 0.1 wt percent of graphene sufficed to give both products a strength gain of at least 30 percent.

- This press release was originally published on the Rice University News and Media Relations website. It has been edited for style