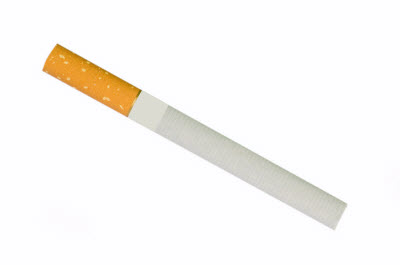 Additional research has revealed that cigarette smoke and its components also promote biofilm formation by several other pathogens.Image credit: Augustus Binu, Wikimedia CommonsLOUISVILLE, Ky. – The mouth is one of the “dirtiest” parts of the body, home to millions of germs. But puffing cigarettes can increase the likelihood that certain bacteria like Porphyromonas gingivalis will not only set up camp but will build a fortified city in the mouth and fight against the immune system.

University of Louisville School of Dentistry researcher David A. Scott, PhD, explores how cigarettes lead to colonization of bacteria in the body. Scott and his research team have identified how tobacco smoke, composed of thousands of chemical components, is an environmental stressor and promotes bacteria colonization and immune invasion.

Biofilms are composed of numerous microbial communities often made up of complex, interacting and co-existing multispecies structures. Bacteria can form biofilms on most surfaces including teeth, heart valves, and the respiratory tract. 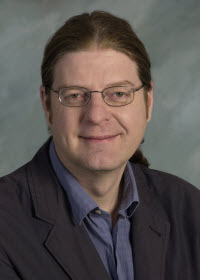 David A. Scott, PhDPhoto courtesy of the University of Louisville“Once a pathogen establishes itself within a biofilm, it can be difficult to eradicate as biofilms provide a physical barrier against the host immune response, can be impermeable to antibiotics and act as a reservoir for persistent infection,” Scott said. “Furthermore, biofilms allow for the transfer of genetic material among the bacterial community and this can lead to antibiotic resistance and the propagation of other virulence factors that promote infection.”

One of the most prevalent biofilms is dental plaque, which can lead to gingivitis—a gum disease found in almost half the world’s population—and to more severe oral diseases, such as chronic periodontitis. Bacterial biofilms also can form on heart valves resulting in heart-related infections, and they also can cause a host of other problems.

“We are continuing research to understand the interactions of the elaborate communities within biofilms and how they relate to disease. Many studies have investigated biofilms using single species, but more relevant multispecies models are emerging. Novel treatments for biofilm-induced diseases also are being investigated, but we have a long way to go,” Scott said.

Scott elaborates on this research in a short question and answer style blog published May 30 on the BioMedCentral website.

Attention to Scott’s work comes as the World Health Organization observes World No Tobacco Day on May 31 to encourage a global 24-hour abstinence from all forms of tobacco consumption. The effort points to the annual 6 million worldwide deaths linked to the negative health effects of tobacco use.

In the United States, Kentucky ranks second for cigarette use among adults, according the Centers for Disease Control and Prevention (CDC). Only West Virginia has more smokers. Kentucky also brings up the rear among youth in grades 9-12 who use tobacco; according to 2011 CDC data, about 24-percent of high school students smoke cigarettes.