Toxic algae can be a hazard to dogs when swimming in ponds or lakes.Denhulde, Wikimedia CommonsIf after playing in still water, a dog starts vomiting, has tremors and becomes lethargic, the pet may have been poisoned by toxic algae. In severe cases, dogs can show symptoms within minutes and die within an hour of exposure. As a result, Cornell University experts recommend keeping dogs on leashes around potentially algae-ridden water and preventing them from ingesting toxic scum off the water, the beach or themselves.

Over the last several years, reports of pets falling ill or even dying after swimming have skyrocketed, said David MacNeill, a Great Lakes fisheries and ecosystem specialist at New York Sea Grant, which is part of Cornell Cooperative Extension.

The reasons behind this uptick in reports remain unclear. Theories include increased harmful algae blooms from fertilizer and other nutrient runoff that promotes algae growth; in some systems, zebra mussels regenerate phosphate nutrients close to shore, which also spurs algae growth. Warm temperatures also promote growth. And more awareness among dog owners and veterinarians of the signs of algae toxicity may have led to more reported cases.

“A lot of cases go unreported because [algae bloom poisoning] can be difficult to diagnose,” said MacNeill. “Fortunately, monitoring of our waters for algal toxins is improving, and now that diagnostic capabilities have improved, we are seeing more confirmed cases.”

While harmful algae blooms can sicken people, the only recorded human deaths occurred in Brazil when contaminated water was used for dialysis. But dogs are especially vulnerable due to their behaviors of lapping up pond or lake water, licking wet fur and eating algae debris on beaches, as they are attracted to the smell.

“Dogs are more likely to be exposed, more likely to dive into water that a human may not swim in,” more likely to get scum on their coats that they ingest through grooming and are, therefore, more vulnerable to poisoning, said Karyn Bischoff, senior research associate in the Department of Population Medicine and Diagnostic Sciences at the College of Veterinary Medicine. Bischoff helped lead a cyanobacteria toxicity workshop at the 2014 New York State Fall Veterinary Conference Oct. 11-12 in Ithaca.

Algae can produce three types of toxins: Liver toxins, which account for most of the cases and can be acute, cause vomiting, diarrhea, loss of appetite, jaundice, tender bellies, dark or reduced urine, liver damage and hemorrhages; nerve toxins can lead to stumbling, seizures, paralysis, disorientation, inactivity, elevated heart rate and respiratory failure; and skin toxins produce rashes and hives, excessive drooling and seizures.

If a dog is exposed, owners should “remove the animal from access to the organism,” said Bischoff. After taking the dog away from contaminated water, owners should thoroughly hose down and wash their coats. “Then it is probably a veterinary emergency,” Bischoff said, adding that treatments can be expensive.

“When in doubt, keep out,” said MacNeill. “If you see obvious algae blooms keep dogs out of the water. Don’t let them eat crust on the beach.” Visible scum on the water can be a sign of toxic blooms, but a toxic bloom may be impossible to see, taste or smell, requiring water samples to be analyzed for toxins.

Repeated exposure even to low levels of toxins can lead to health consequences over time. 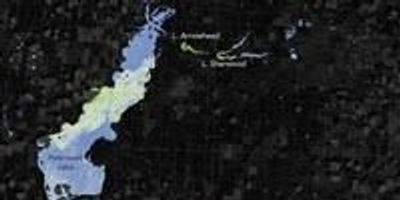 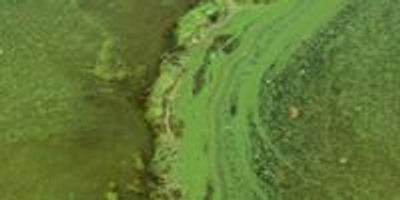 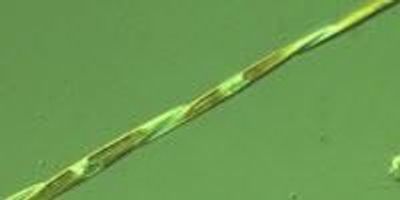 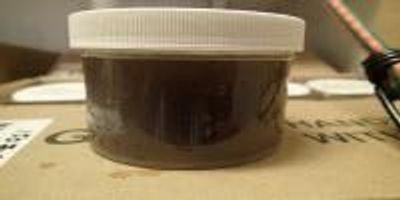 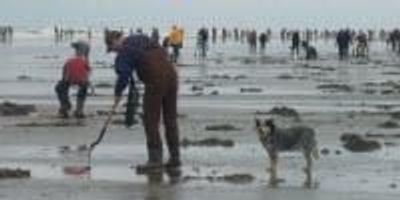 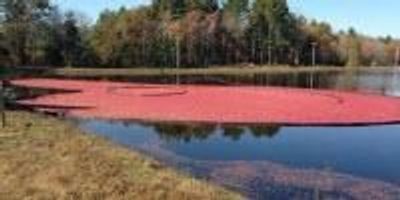