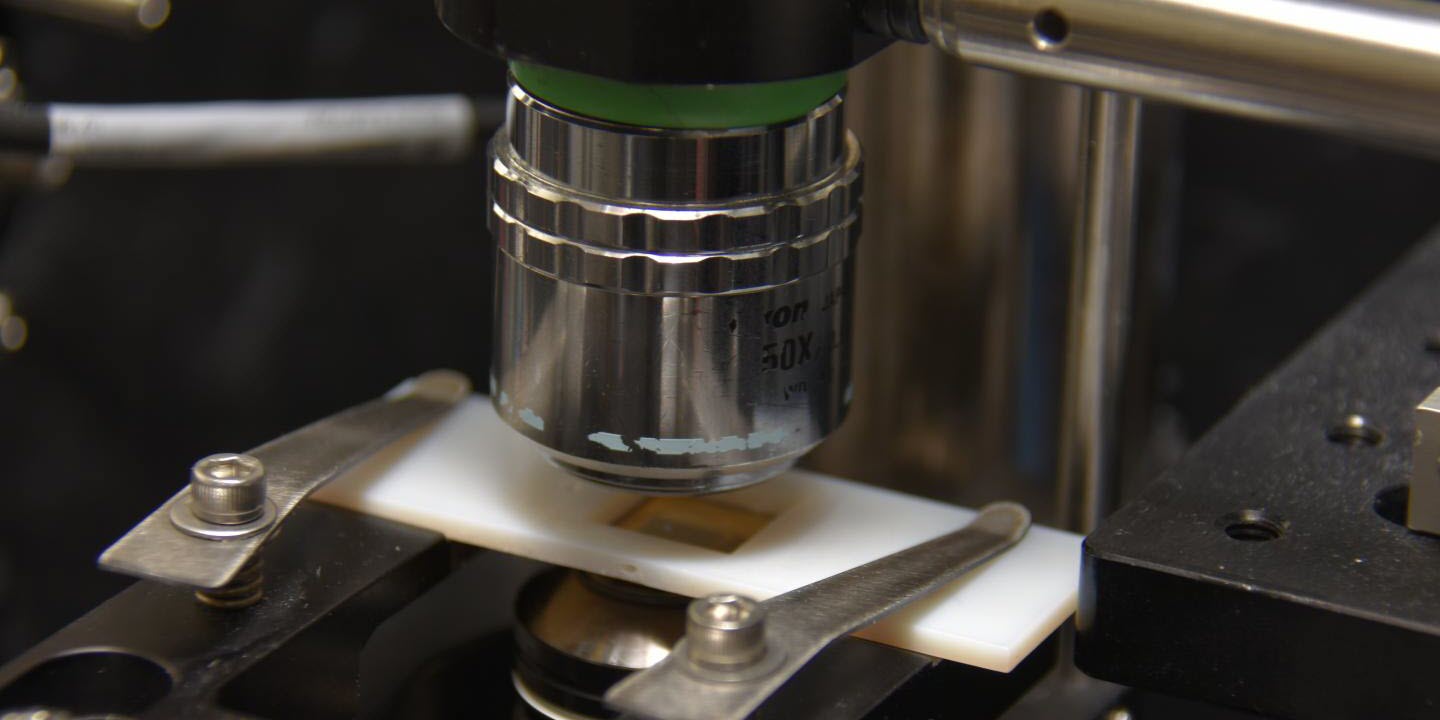 Nanoparticles are tiny. At just 1/1000th of a millimeter, they're impossible to see with the naked eye. But, despite being small, they're extremely important in many ways. If scientists want to take a close look at DNA, proteins, or viruses, then being able to isolate and monitor nanoparticles is essential.

Trapping these particles involves tightly focusing a laser beam to a point that produces a strong electromagnetic field. This beam can hold particles just like a pair of tweezers but, unfortunately, there are natural restrictions to this technique. Most notable are the size restrictions—if the particle is too small, the technique won't work. To date, optical tweezers have been unable to hold particles like individual proteins, which are only a few nanometers in diameter.

Now, due to recent advances in nanotechnology, researchers in the Light-Matter Interactions for Quantum Technologies Unit at the Okinawa Institute of Science and Technology Graduate University (OIST) have developed a technique for precise nanoparticle trapping. In this study, they overcame the natural restrictions by developing optical tweezers based on metamaterials—a synthetic material with specific properties that do not occur naturally. This was the first time that this kind of metamaterial had been used for single nanoparticle trapping.

"Being able to manipulate or control these small particles is crucial for advances in biomedical science," explained Dr. Domna Kotsifaki, staff scientist in the OIST Unit and first author of the research paper published in Nano Letters. Kotsifaki went on to explain that trapping these nanoparticles could enable researchers to see the progression of cancer, to develop effective drugs, and to advance biomedical imaging. "The potential applications for society are far-reaching."

This novel technique has two sought after abilities—it can stably trap the nanoparticles using low intensity laser power and it can be used for a long period whilst avoiding light damage to the sample. The reason for this was the metamaterial that the researchers chose to use. This metamaterial is highly sensitive to changes in the surrounding environment and, therefore, allows for the use of low intensity laser power.

"Metamaterials have unusual properties due to their unique design and structure. But this makes them very useful. Over the last few years, a whole new era of devices with novel concepts and potential applications has been created from them," explained Dr. Kotsifaki. "From the metamaterial, we fabricated an array of asymmetric split rings using a beam of ions—tiny, charged particles—on a 50 nm gold film." 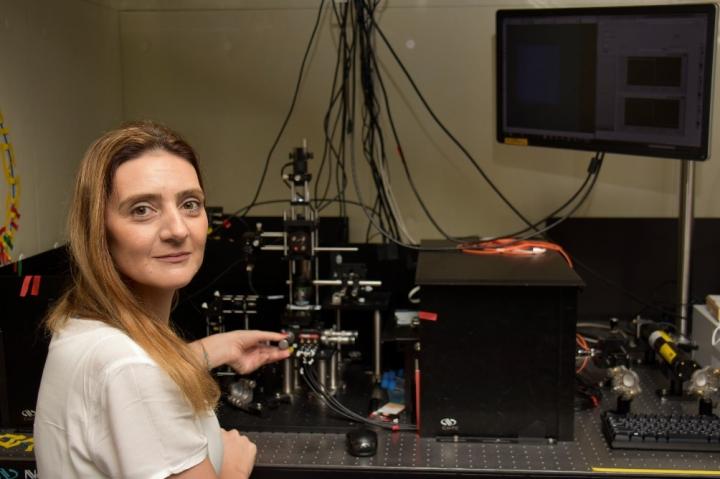 To test whether the technique worked, the research group illuminated the device with near infrared light and trapped 20 nm polystyrene particles at certain regions on it.

Kotsifaki and colleagues were looking for the trap stiffness, which is a measurement of trapping performance. "The achieved trapping performance was several times better than that of conventional optical tweezers and the highest reported to date as far as we know," she explained. "As the first group to use this device for precision nanoparticle trapping, it has been rewarding to contribute to such progress in this research area."

The research team now plans to tweak their device to see if these tweezers can be used in real-world applications. Specifically, in the future, this device could be utilized to create lab-on-chip technologies, which are hand-held, diagnostic tools that can provide results efficiently and economically. Alongside its applications in biomedical science, this research has provided new and fundamental insights into nanotechnology and light behavior at the nanoscale.

- This press release was originally published on the OIST website