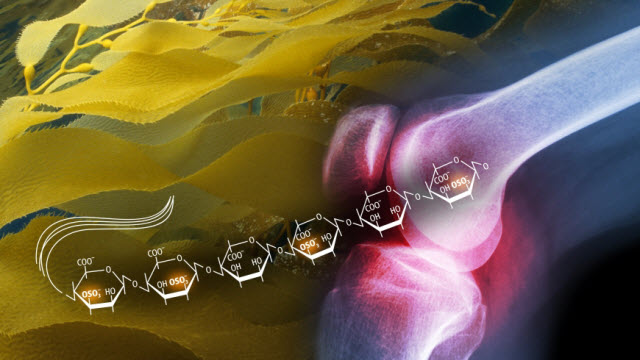 The new approach to treating arthritis is based on brown algae.Image credit: istockphoto / Empa

Researchers at ETH Zurich, Empa, and the Norwegian research institute SINTEF are pursuing a new approach to treating arthritis. This is based on a polysaccharide, a long-chain sugar molecule, originating from brown algae. When chemically modified, this "alginate" reduces oxidative stress, has an anti-inflammatory effect in cell culture tests, and suppresses the immune reaction against cartilage cells, thereby combating the causes of arthritis. The research is, however, still in its infancy.

Arthritis is the most-widespread joint disease, with around 90 percent of all people over 65 being affected to varying degrees, but this degenerative disease is also widespread amongst younger people. In arthritis, the cartilage in the joint, a type of protective layer on bones that "lubricates" the joint, degenerates over time. This can be extremely painful for sufferers, because inflammatory reactions are associated with cartilage degeneration. In the later stages of the disease, bones are no longer adequately protected and can directly rub against each other.

Arthritis can affect all joints in the body, but most often affects the knee joint, hip joint, and fingers. The disease has been considered incurable until now. Current treatment methods, such as anti-inflammatory drugs and painkillers, mainly address the symptoms. Often, the only remaining option is an operation to replace the affected joint with an artificial one. 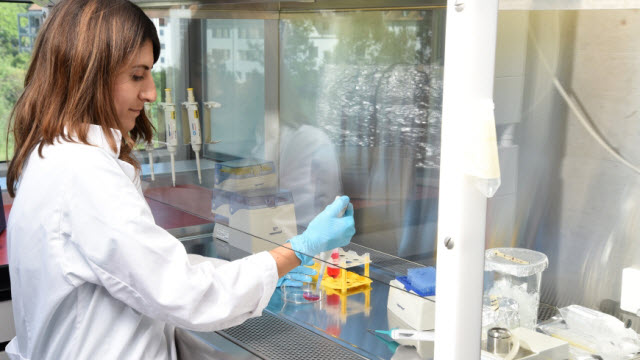 In laboratory tests, the team led by ETH researcher Marcy Zenobi-Wong and Empa researcher Katharina Maniura has now succeeded, together with SINTEF in Norway, in identifying a substance with the potential to halt cartilage degeneration in joints. This substance is the polysaccharide alginate extracted from the stems of brown algae—or more precisely cuvie (Lat. Laminaria hyperborea), which is similar to specific extracellular biomolecules in cartilage. The researchers chemically modified the alginate with sulfate groups and then added it in dissolved form to cell cultures to examine the reaction of various cell types to the modified polysaccharide. This revealed that alginate sulfate can significantly reduce oxidative stress, which is a frequent cause of cell damage or even cell death, and the more sulfate groups attached to the alginate molecule, the greater this reduction.

Alginate sulfate was also able to suppress the inflammatory reaction, again depending on the number of sulfate groups, and was able to down-regulate the expression of genes that trigger an inflammatory reaction in both human cartilage cells, known as chondrocytes, and in macrophages, the "scavenger cells" of our immune system. The algal molecules should therefore slow down cartilage degeneration. "The hope is that they can even stop this degeneration," says Empa researcher Markus Rottmar.

The alginate sulfates have so far only been tested in vitro, i.e. in the laboratory with cell cultures. However, the encouraging results mean that research will now continue. The next stage is to test the substances on animals. If this is also successful, clinical trials can then be conducted on people. These tests are, however, laborious and time-consuming. If everything were to work perfectly, it would still be a few years before arthritis patients could be treated with alginate sulfate.