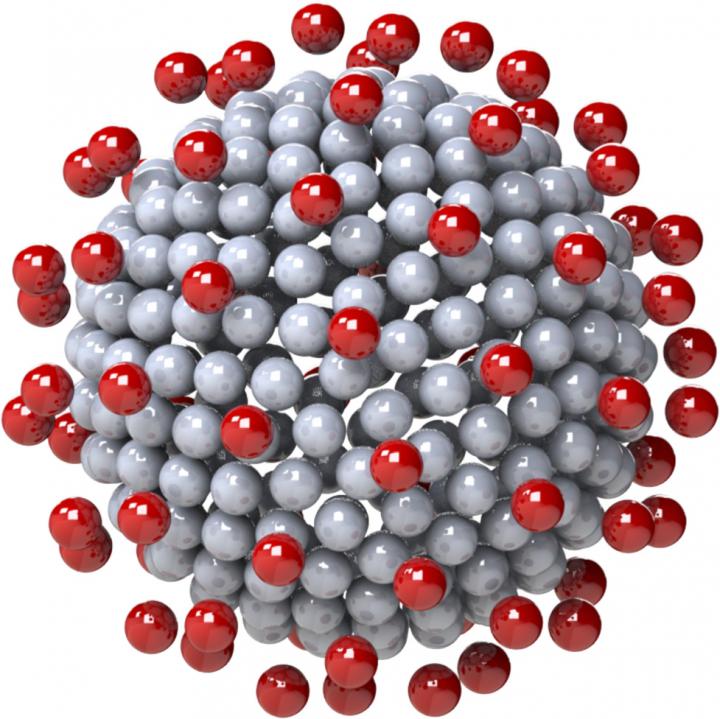 The conventional image of a coronavirus particle involves a large sphere with many smaller spheres evenly distributed across its surface. However, scientists have found that this is far from accurate. This image appeared in the research paper published in Physics of Fluids.
Physics of Fluids: https://doi.org/10.1063/5.0048626

COVID-19 needs no introduction. Last year, the disease, which is caused by the virus SARS-CoV-2, reached every continent across the globe. By the end of March 2021, there had been an estimated 128 million cases recorded with almost three million of these being fatal. As scientists' race to develop vaccines and politicians coordinate their distribution, fundamental research on what makes this virus so successful is also being carried out.

Within the Mathematics, Mechanics, and Materials Unit at the Okinawa Institute of Science and Technology Graduate University (OIST), postdoctoral researcher Dr. Vikash Chaurasia and professor Eliot Fried have been using energy minimization techniques to look at charged proteins on biological particles. Previously they researched cholesterol molecules but when the pandemic hit, they realized that the methods they had developed could be applied to the new virus. They collaborated with researchers Mona Kanso and professor Jeffrey Giacomin, from Queen's University in Canada, to take a close look at SARS-CoV-2 and see how the shape of the virus' "spikes" (which are officially called peplomers) aid its success at spreading so prolifically. Their study was recently published in Physics of Fluids.

"When one envisions a single coronavirus particle, it is common to think of a sphere with many spikes or smaller spheres distributed across its surface," said Chaurasia. "This is the way the virus was originally modeled. But this model is a rough sketch and over the last year, we've come to learn much more about what the virus looks like."

Instead, Dr. Chaurasia pointed out, the 'spikes' of the coronavirus particle are actually shaped like three small spheres stacked together to form a triangular shape. This is an important consideration because the shape of a viral particle can influence its ability to disperse.

To understand this, imagine a ball moving through space. The ball will follow a curve but, as it does this, it will also rotate. The speed at which the ball rotates is called its rotational diffusivity. A particle of SARS-CoV-2 moves in a similar way to this ball although its suspended in fluid (specifically, tiny droplets of saliva). The rotational diffusivity of the particle impacts how well it can align with and attach itself to objects (such as a person's tissues or cells) and this has been key in its ability to successfully spread from person to person so quickly. A higher rotational diffusivity will mean that the particle shakes and jitters as it follows a trajectory—and thus may have difficulty attaching to objects or efficiently bouncing off an object to continue to move through the air. Whereas a lower rotational diffusivity has the opposite effect.

Related Article: Why Some Coronavirus Strains Are More Infectious Than Others 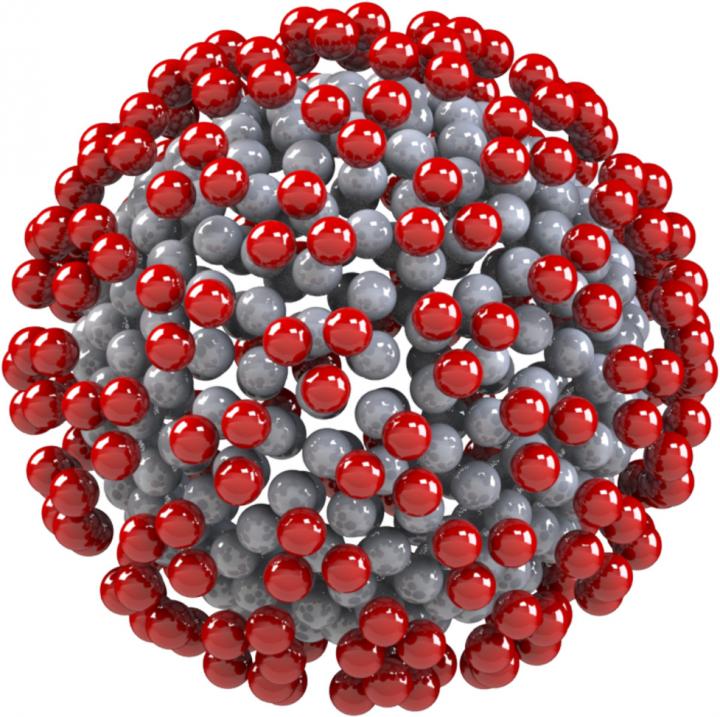 A more accurate image of a coronavirus particle has triangular-shaped spikes. Scientists from OIST and Queen's University have found that this may aid the success of the coronavirus to transmit from person to person. This image appeared in the research paper published in Physics of Fluids.
PHYSICS OF FLUIDS: HTTPS://DOI.ORG/10.1063/5.0048626

Another consideration was the charge of each spike. The researchers assumed that each is equally charged. The same charges always repel each other so if there are only two spikes on a particle and they have equal charges, they'll be situated at either pole (as far away from each other as possible). As more equally charged spikes are added, they become evenly distributed across the surface of the sphere. This provided the researchers with a geometrical arrangement from which they could calculate the rotational diffusivity.

Previously, the researchers looked at a viral particle with 74 spikes. For this new study, they used the same particle but switched out the single-bead spikes for the three-bead triangles. When they did this, the rotational diffusivity of the particle was found to decrease by 39 percent. Moreover, this trend was found to continue with the addition of more spikes.

This was an important finding—having a lower rotational diffusivity means that the virus particles can better align and attach themselves to objects and people. Thus, this study suggests that the triangular shaped spikes have contributed to the success of SARS-CoV-2.

"We know it's more complicated than this," explained Chaurasia. "The spikes might not be equally charged. Or they might be flexible and able to twist themselves. Also, the 'body' of the particle might not be a sphere. So, we plan to do more research in this area."

An additional interesting feature of this research is its connection to a question asked more than a century ago by physicist J. J. Thomson, who explored how a set number of charges will be distributed across a sphere.

"I find it fascinating that a problem considered more than 100 years ago has such relevance for the situation we're in today," said Fried. "Although this question was first posed primarily from a standpoint of curiosity and intellectual interest, it has turned out to be applicable in unexpected ways. This shows why we mustn't lose site of the importance of fundamental research."

The scientists at OIST and at Queen's University intend to continue to collaborate on this kind of research to shed light on the success of SARS-CoV-2. The researchers at Queen's University have just been awarded a Mitacs Globalink Research Award to allow for lead author Kanso to travel between Canada and Japan and work more closely with OIST.