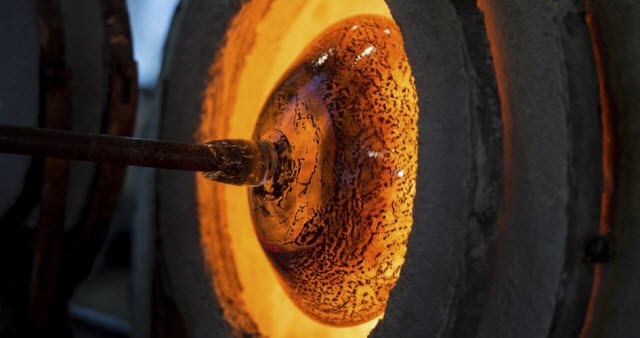 Prof. Sidney Nagel leads an international collaboration with the Simons Foundation to better understand the qualities of glassy states.CopyrightGetty Images

Sometimes in science, the most mundane phenomena embody the deepest mysteries. For example, glass is made by cooling a liquid rapidly until it solidifies. But when and how does that change occur? When does liquid become solid? Is there a definite transition at all?

The answers to those questions would have implications far beyond understanding the physics of glass, in realms as far flung as biology, computer science and astrophysics. Sidney Nagel, the Stein-Freiler Distinguished Service Professor of Physics at the University of Chicago, hopes to find them.

Nagel leads the Simons Collaboration on Cracking the Glass Problem, a group of 13 scientists from seven European institutions and five other U.S. universities funded by the Simons Foundation through the Collaborations in Mathematics and Physical Sciences program. The collaboration, supported by a $10 million grant from the Simons Foundation, aims to build upon recent theoretical advances to achieve a unified and general understanding of the glass transition. 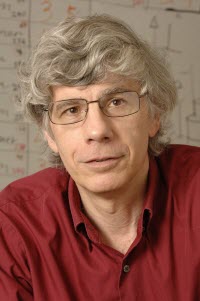 Prof. Sidney NagelPhoto courtesy of the University of Chicago“This is a problem that has been plaguing physics and chemistry for a long, long time,” Nagel said. “People have made inroads. But we now have different techniques, looking from different points of view, which we think will be able to bring things to a point where we’ll be able to solve something concretely about this glass transition problem.”

The Simons Foundation is well known for supporting discovery-driven science that seeks to better understand theoretical problems of fundamental scientific importance, said Edward “Rocky” Kolb, dean of the Division of the Physical Sciences.

“We are grateful to the Simons Foundation for backing this remarkable team that Sid Nagel has assembled. We need just such a team if we hope to see our way through into exactly what endows the glassy state of matter with its curious properties—a more deceptively complicated problem than one might imagine,” Kolb said.

Glass has two properties that make it particularly challenging for theorists. Unlike metals and other crystalline solids, its atoms are not arranged in an orderly periodic lattice; they are a disorderly array. “Physics is not yet very good at understanding things that are disordered,” Nagel said.

Related Article: Scientists do Glass a Solid—with New Theory on How it Transitions from a Liquid

Second, it is far from what physicists call thermal equilibrium. And physics has a hard time addressing that too, even though scientists are interested in behavior that occurs in systems not in equilibrium, including the folding of proteins, the weather—even the cooling of the universe after the Big Bang. Getting a handle on the way glass forms provides a way to understand these other phenomena, Nagel added.

“Far-from-equilibrium behavior is, to me, the most exciting and deepest question in science today,” he said.

To understand the glass transition from liquid to solid, scientists need to account for every possible state the system could occupy at any moment. It’s what scientists call an “energy landscape.” If any single particle sits at point A rather than at B, the whole landscape changes because that particle is interacting with all the others in the system. When, as in a forming glass, there are millions of particles, each able to move in three dimensions, the energy landscape becomes rugged. Mathematical description becomes prodigious and an exact solution almost impossible.

Nagel was working on one approach to the problem: examining a simplified case in which the glass was held at absolute zero, so there were no atoms moving. It wasn’t applicable to real-world temperatures, but he and his collaborators were able to show a clean and clear transition to a rigid solid. “Pretty far from useful,” Nagel said. “But if you know something is exact at some point, you can start at that point and work away from it.”

Meanwhile, researchers in Europe were coming at the problem from another angle. They found a clear transition for a theoretical glass in which every particle could exist in an infinite number of dimensions.

Intriguingly, the two very different approaches produced some identical mathematical results in areas where they overlapped. The groups decided to collaborate, working from the two extreme cases toward a realistic picture of what happens in three dimensions at normal temperatures. A third group studying the dynamics of low-temperature liquids helped bring the two approaches together.

Nagel hopes that this work will yield a method that will be useful in other problems, familiar and unknown, with rugged energy landscapes.

“People use energy landscapes in many scientific contexts,” Nagel said. “What we have with the glass problem is the progenitor of all landscape pictures. What we’re able to do with this very concrete problem is to say some specific things about how to treat a landscape of this kind that is not possible in those other contexts. And you hope that this understanding can be disseminated to other areas which you originally thought were not related at all.”