A study just published in Nature Communications shows high frequency sound waves can have a significant impact on the inner micro-structure of 3D printed alloys, making them more consistent and stronger than those printed conventionally.

Related Article: Most Wear-Resistant Metal Alloy in the World

"If you look at the microscopic structure of 3D printed alloys, they're often made up of large and elongated crystals," Todaro explained. "This can make them less acceptable for engineering applications due to their lower mechanical performance and increased tendency to crack during printing."

But the microscopic structure of the alloys we applied ultrasound to during printing looked markedly different: the alloy crystals were very fine and fully equiaxed, meaning they had formed equally in all directions throughout the entire printed metal part."

Testing showed these parts had a 12 percent improvement in tensile strength and yield stress compared with those made through conventional additive manufacturing. 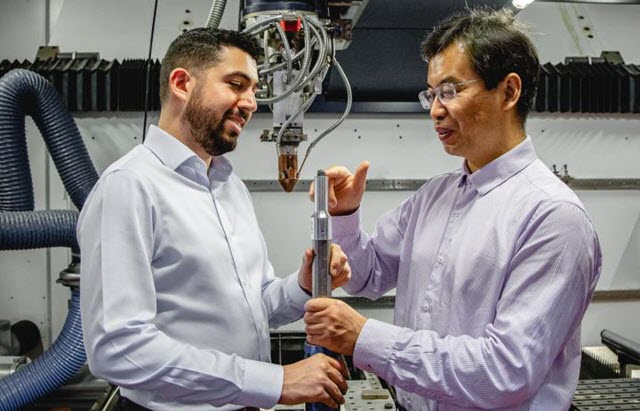 By simply switching the ultrasound generator on and off during printing, the team also showed how specific parts of a 3D printed object can be made with different microscopic structures and compositions, useful for what's known as functional grading.

"Although we used a titanium alloy and a nickel-based superalloy, we expect that the method can be applicable to other commercial metals, such as stainless steels, aluminium alloys, and cobalt alloys," Qian said. "We anticipate this technique can be scaled up to enable 3D printing of most industrially relevant metal alloys for higher performance structural parts or structurally graded alloys."

Nanomaterials: Organizing Matter at the Nanoscale

Nanomaterials: Organizing Matter at the Nanoscale