Chapel Hill, NC - Researchers at the University of North Carolina at Chapel Hill have received a three-year, $1.8 million grant from the National Institutes of Health to develop a new implantable drug delivery system for long-lasting HIV-prevention. 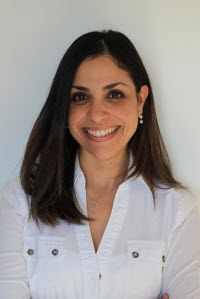 Rahima Benhabbour, PhD, says the formulation can be adjusted to meet a targeted release regimen.Photo credit: David Etchison, UNC School of PharmacyScientists in the UNC School of Medicine's Division of Infectious Diseases and the UNC Eshelman School of Pharmacy are developing an injectable drug delivery system that forms an implant that steadily releases anti-HIV medication over long periods of time.

The injectable formulation includes an anti-HIV drug, a polymer, and a solvent. The three-compound liquid will solidify once injected under the skin. As the polymer slowly degrades, the drug is released. Efficacy of the new formulation to prevent HIV transmission will be evaluated using state of the art pre-clinical models developed at UNC.

Currently, a once-daily pill exists to prevent HIV infection. However, adherence to this daily regimen can be challenging for some people.

"This long-acting injectable formulation could provide a discrete and efficient method to protect against HIV infection and improve adherence, which is one of the major challenges of oral pre-exposure prophylaxis, or PrEP," said Rahima Benhabbour, PhD, assistant professor in the UNC Eshelman School of Pharmacy and one of the study's co-principal investigators. "The formulation is adaptable to a number of drugs alone or in combination and can be fine tuned to meet a targeted release regimen." 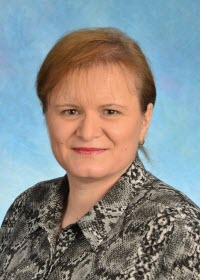 Martina Kovarova, PhD, hopes the injectable implant will be another option for HIV prevention.Photo credit: David Kinton, UNC School of Medicine"The goal of our study is to develop an injectable polymer-based delivery system for long-acting PrEP that offers durable, sustained protection from HIV transmission, high efficacy of HIV inhibition, increased adherence, and the ability to be removed in case of an unanticipated adverse event or when considering discontinuation of this form of PrEP," said Martina Kovarova, PhD, the study's co-principal investigator and an assistant professor in the UNC School of Medicine's Division of Infectious Diseases. "If discontinuation of treatment is desired, the implant would be readily removable."

The Centers for Disease Control and Prevention will assist UNC with further testing the injectable implant in animal models.

"We are excited to be part of the team that is undertaking this important study for HIV prevention," said Gerardo Garci-Lerma, PhD, a research microbiologist at CDC.

The team hopes the development and testing of this injectable implant will eventually yield a formulation that can provide a three months of HIV prevention.

"We're in the very beginning stages of this project," Kovarova said. "This novel formulation has oustanding properties, and we are excited to move ahead."