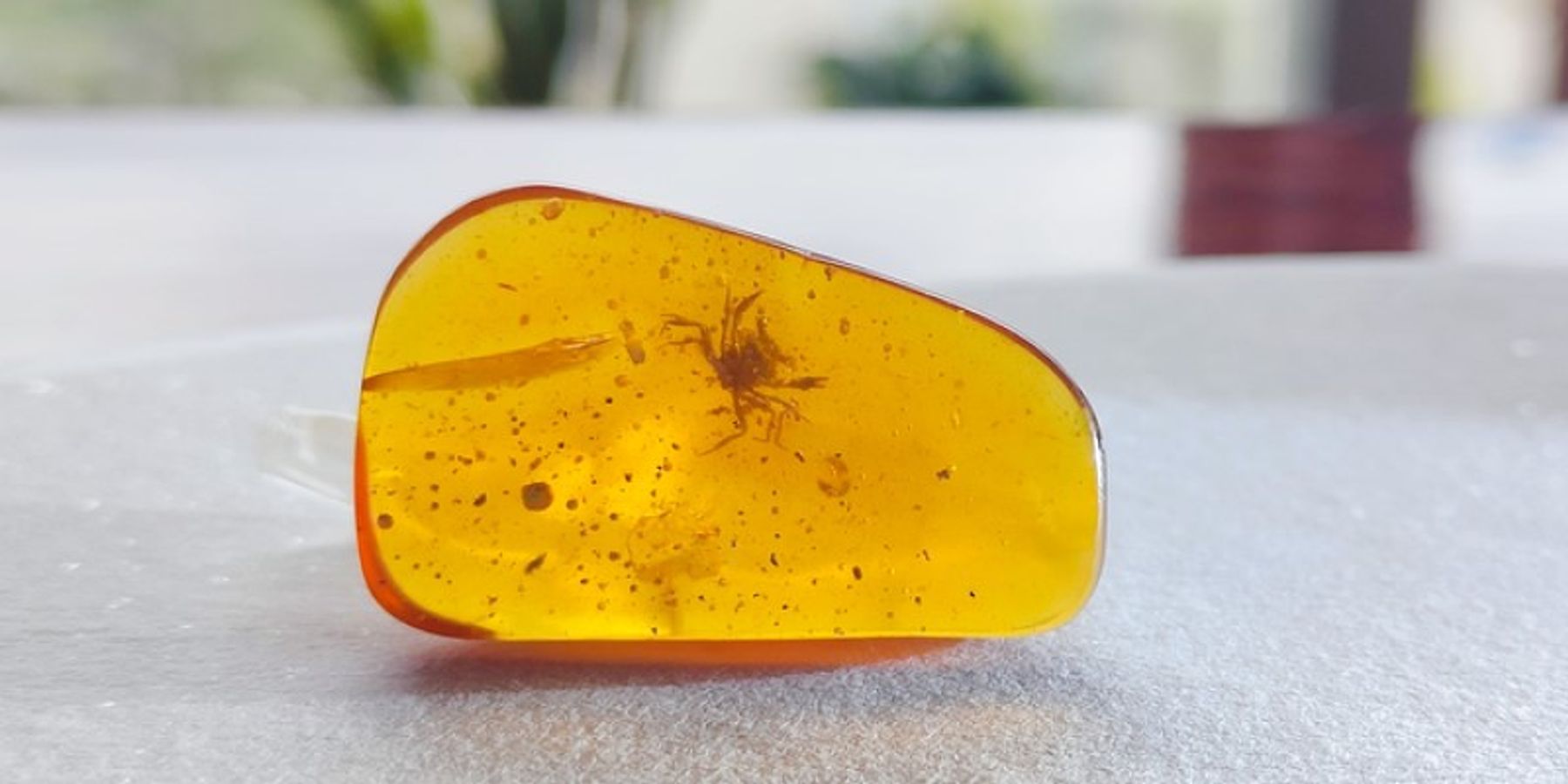 During the dinosaur era, a crab wandering near a coastal forest was buried alive in tree resin and became fossilized. One hundred million years later, Javier Luque, a former predoctoral fellow at the Smithsonian Tropical Research Institute and currently a research associate at Harvard University, became aware of the crustacean trapped in amber thanks to Lida Xing from the China University of Geosciences, Beijing. It turned out to be a new fossil species, which they named Cretapsara athanata or “the immortal Cretaceous spirit of the clouds and waters,” the oldest modern-looking crab ever discovered.

The discovery of C. athanata is unique for many reasons. Not only is it extremely well conserved, but also it is the first crab from the dinosaur era preserved in amber, which is rare for aquatic animals. These findings were recently published in the journal Science Advances.

“Cretapsara athanata is the most complete fossil crab ever discovered,” said Luque, co-lead author of the study along with Xing. “It includes delicate tissues like antennae, mouthparts lined with fine hairs, large compound eyes, and even the gills.”

Previous fossil records of crabs—mainly bits and pieces of their carapaces or claws—suggested that crabs ventured onto land and adapted to freshwater about 75 to 50 million years ago. However, to become trapped in amber, C. athanata must have been near an amber-producing forest. For the authors it appears that the crab most likely died in a brackish or freshwater environment near the coast or an estuary. This demonstrates that crabs became terrestrial or amphibious about 100 million years ago—much earlier than previously thought—bridging an important gap in understanding crab evolution.

“Sometimes it is difficult to piece together the tree of life that maps the evolution of the animals seen today,” said Luque. “Important pieces in the puzzle may be rare or yet to be discovered, and fossils trapped in amber provide a unique snapshot of the anatomy, biology, and ecology of extinct organisms that would be otherwise inaccessible.”