Stringfellow proposed a process called organometallic vapor-phase epitaxy for the growth of new semiconductor alloys in which aluminum, gallium, indium and phosphorous are deposited on a substrate to create red, orange, yellow, and green LED crystals.Image courtesy of the University of Utah

University of Utah distinguished professor Gerald Stringfellow, a former dean of the U’s College of Engineering and a pioneer in LED technology, has been awarded a top research prize for his career-long work in the process for making light-emitting diodes, an important milestone for LED TVs, cellphone screens, high-efficiency solar cells, computer monitors, and a new wave of LED light bulbs.

Stringfellow, who is a distinguished professor in the U’s departments of materials science and engineering and electrical and computer engineering, will receive the International Organization for Crystal Growth’s Frank Prize, the top award in the field of semiconductor growth. He will be honored during a ceremony Aug. 8 in Nagoya, Japan.

“I feel very lucky to have found a niche where the talents I have could be applied to something that has made such an enormous influence on the world,” says Stringfellow, who also was the dean of the U’s College of Engineering from 1998 to 2003. “I feel lucky and proud.” 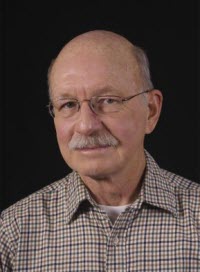 Gerald StringfellowPhoto credit: University of Utah College of EngineeringStringfellow was a group manager with HP Labs in Palo Alto, California, in the 1970s when he began developing a new process to create LEDs with multiple colors that require much less power.

“My boss said we have to figure out a better way to make LEDs. He said, ‘Jerry, go and spend three months just thinking about this.’ And that’s what I did,” Stringfellow remembers. “My whole attention was focused on this.”

Stringfellow proposed a process called organometallic vapor-phase epitaxy for the growth of new semiconductor alloys in which aluminum, gallium, indium, and phosphorous are deposited on a substrate to create red, orange, yellow, and green LED crystals. This led to better HP handheld calculators that used red LEDs for the display. Stringfellow took his research to the University of Utah where he was hired as a professor in 1980. He made major conceptual advances in the field and would later publish a book on the process that has now become the bible for the science of growing LED crystals.

“All commercial LEDs are made by this process,” he says.

With Stringfellow’s work, along with the later development of blue LEDs by three Japanese researchers, this technology led to the advancement of flat screen LCD televisions (LEDs are used to illuminate the LCD panels), cellphones, solar cells, and new LED light bulbs that are far more efficient than older incandescent bulbs. LED technology also is used in automobile taillights as well as traffic and pedestrian lights.

“While Prof. Stringfellow’s invention of organometallic vapor-phase epitaxy facilitated the commercialization of light-emitting diodes and improved the TV and computer displays we all use, its greatest benefit to society is in the energy savings that these devices brought about,” said Richard B. Brown, dean of the University of Utah’s College of Engineering.

Stringfellow has received other top awards for his research, including the Rosenblatt Prize from the U and the John Bardeen Award from The Minerals, Metals and Materials Society. He also is a member of the National Academy of Engineering.

“Jerry is a role model for junior faculty and students, and he pioneered the field which has significantly impacted the development of LED technologies,” says Feng Liu, chair of the U’s Department of Materials Science and Engineering.

“We are incredibly proud of Jerry and his tremendous accomplishments,” said Gianluca Lazzi, chair of the U’s Department of Electrical and Computer Engineering. “Jerry’s contributions to semiconductor crystal growth are nothing short of exceptional and paved the way for pioneering advances in light-emitting diodes, solar cells and fiber-optic communications.”

The Frank Prize is an international award given once every three years to a researcher who has made “outstanding contributions to the field of crystal growth through technical achievements, publications and presentations and through their impact world wide on science and technology.” Crystal growth and semiconductors refer to the science of materials used in all electronics, such as silicon wafers used to produce computer chips.