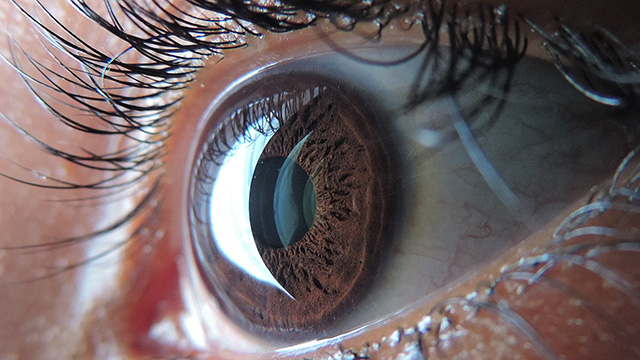 Three people with macular degeneration were blinded after undergoing an unproven stem cell treatment that was touted as a clinical trial in 2015 at a clinic in Florida. Within a week following the treatment, the patients experienced a variety of complications, including vision loss, detached retinas, and hemorrhage. They are now blind.

A paper documenting the cases was published March 16 in The New England Journal of Medicine.

The article is a "call to awareness for patients, physicians and regulatory agencies of the risks of this kind of minimally regulated, patient-funded research," said Jeffrey Goldberg, MD, PhD, professor and chair of ophthalmology at the Stanford University School of Medicine and co-author of the paper.

The three patients—all women, ranging in age from 72 to 88—suffered from macular degeneration, a common, progressive disease of the retina that leads to loss of vision. Before the surgery, the vision in their eyes ranged from 20/30 to 20/200. Now, the patients are likely to remain blind, said co-author Thomas Albini, MD, an associate professor of clinical ophthalmology at the University of Miami, where two of the patients were subsequently treated for complications from the stem cell treatments. "Although I can't say it's impossible, it's extremely unlikely they would regain vision."

Appealing to patients 'desperate for care'

Two of the patients learned of the so-called clinical trial on ClinicalTrials.gov, a registry and results database run by the U.S. National Library of Medicine, where it was called "Study to assess the safety and effects of cells injected intravitreal in dry macular degeneration." Some of the patients believed they were participating in a trial, although the consent form and other written materials given to the patients did not mention a trial, Albini said.

"There's a lot of hope for stem cells, and these types of clinics appeal to patients desperate for care who hope that stem cells are going to be the answer, but in this case these women participated in a clinical enterprise that was off-the-charts dangerous," Albini said.

Each patient paid $5,000 for the procedure. Any clinical trial that has a fee should raise a red flag, the authors said.

"I'm not aware of any legitimate research, at least in ophthalmology, that is patient-funded," Albini said.

At the clinic, which is not named in the paper, the patients had fat cells removed from their abdomens and a standard blood draw. The fat tissue was processed with enzymes, with the goal of obtaining stem cells. Platelet-dense plasma was isolated from the blood. The cells were then mixed with the platelet-dense plasma and injected into their eyes. Patients reported that the entire process took less than an hour, Albini said. The patients had both eyes treated at once—another red flag, Albini and Goldberg said, because most doctors would opt for a conservative approach to observe how one eye responds to an experimental treatment before attempting the other eye.

Shoddy stem cell preparation may have led to some of the patients' complications, which could have been caused by injection of a contaminant or the cell wash solution into the eye, Albini said. When injected into the eye, the stem cells also could have changed into myofibroblasts, a type of cell associated with scarring.

No evidence of vision restoration

But even if executed correctly, there is no evidence suggesting that the procedure could help restore vision, Goldberg and Albini said. In fact, there is sparse evidence that adipose-derived stem cells, the type of cells that the clinic claimed to use, are capable of differentiating, or maturing, into retinal pigment epithelium or photoreceptor cells, which play a critical role in macular degeneration and are the cells some researchers are targeting to develop therapies.

"There is a lot of very well-founded evidence for the positive potential of stem therapy for many human diseases, but there's no excuse for not designing a trial properly and basing it on preclinical research," Goldberg said.

The "trial" lacked nearly all of the components of a properly designed clinical trial, including a hypothesis based on laboratory experiments, assignment of a control group and treatment group, collection of data, masking of clinical and patient groups, and plans for follow-up, Goldberg and Albini said. "There was a whole list of egregious things," Albini said.

Listings on ClinicalTrials.gov are not fully scrutinized for scientific soundness, Goldberg said. Although still visible on the website, the listing now states: "This study has been withdrawn prior to enrollment." The clinic is also no longer performing these eye injections, although it is still seeing patients, Albini said.

The procedures were arguably not subject to Food and Drug Administration approval because the cells were not transferred between patients and were considered "minimally processed," according to Title 21, Part 1271.10, of the Code of Federal Regulations. The FDA released more specific guidelines in October 2015, after these procedures were performed, establishing the requirement for FDA oversight and approval for these types of procedures.

"We expect health care providers to take every precaution to ensure patient safety, but this definitely shows that the lack of oversight can lead to bad players and bad outcomes. It's alarming," Albini said.

The authors acknowledged that it is difficult for patients to know whether a clinical trial, or a stem cell therapy, is legitimate. Goldberg recommended that patients considering a stem cell treatment consult a website, A Closer Look at Stem Cells, maintained by the International Society for Stem Cell Research. It is also advisable to check if a trial is affiliated with an academic medical center, Goldberg said.