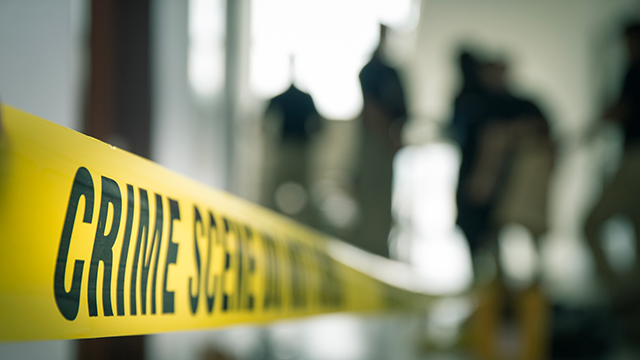 From the spatter analysis made famous in the TV show Dexter to the frequent DNA profiling of CSI and the real cases covered in the FBI Files, blood tests are ubiquitous in forensic science. Now, researchers report in ACS Central Science that a new blood test, which could be performed at a crime scene, could help determine the age of a suspect or victim within just an hour.

Despite their usefulness, current blood tests that analyze samples from crime scenes have limitations. Many tests cannot be completed in the field, some take a long time, and others can destroy the sample. Typically, DNA and fingerprint analyses both require that the person of interest is included in a database. And even if the person's information is in a database, some characteristics like age cannot be determined by conventional DNA profiling or fingerprint analysis. To estimate age, one would ideally monitor something that changes over the course of a lifetime. Some components of blood (particularly the structure of hemoglobin that gives blood its characteristic red color) fit the bill. A technique called Raman spectroscopy provides information about the chemical composition and molecular structure of material. Thus, Igor Lednev and colleagues wanted to see whether they could use this method to analyze blood components to determine the ages of victims and suspects.

By performing Raman spectroscopy on samples from human donors, the researchers looked at samples from three different age groups: newborns (under one year), adolescents (approximately 11 to 13 years of age) or adults (43 to 68 years old). The researchers could distinguish between the groups - adolescent and adult samples were differentiated with greater than 99 percent accuracy, and there were no errors in the identifications of the newborn samples. Because the method is a non-destructive technique that requires no sample preparation, the authors say this could be a useful on-site addition to the current cohort of available tests. In the future, they plan to refine their model to provide more specific ages, not just large age ranges, of the donors.