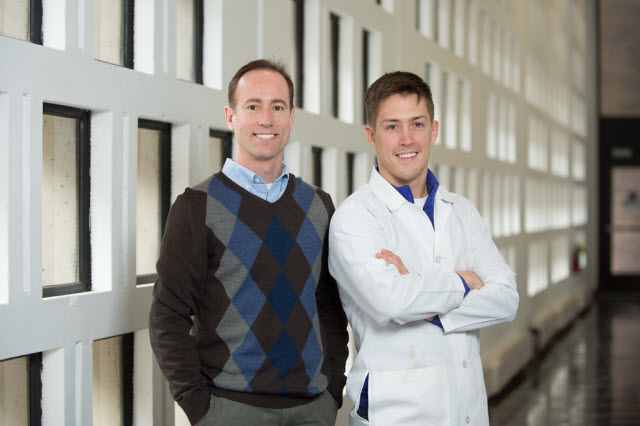 BUFFALO, N.Y. – A new vaccine allows pneumonia-causing bacteria to colonize inside the body, springing into action only if the bacteria pose a threat.

The breakthrough approach, coupled with the protein-based vaccine’s potential to counteract more than 90 strains of the bacteria, has the makings to override how vaccines have worked (destroying bacteria before colonization) since the days of Louis Pasteur.

Moreover, it offers what could be the most direct and broad response to pneumonia—the leading cause of death of children worldwide under the age of 5, according to the World Health Organization—as well as meningitis, sepsis and other serious infections caused by Streptococcus pneumoniae, a bacteria more commonly known as pneumococcus.

“These are very serious illnesses that we haven’t been able to completely suppress. The vaccine we’re developing could finally get that job done,” says Blaine A. Pfeifer, PhD, an associate professor of chemical and biological engineering at the University at Buffalo School of Engineering and Applied Sciences.

The work is described in a study, published June 6 in the Proceedings of the National Academy of Sciences, led by Pfeifer and UB alumnus Charles H. Jones, PhD, who is leading efforts to commercialize the vaccine at Buffalo-based startup Abcombi Biosciences.

“With conventional vaccines, the approach has been: ‘What bacteria do we want to target and how,’” says Jones, CEO and founder of Abcombi, and a former student of Pfeifer’s. “Our strategy is to shift the paradigm to which diseases do we want to prevent.”

To treat and prevent illnesses caused by pneumococcus, doctors almost exclusively relied on penicillin and other common antibiotics. While still used, the effectiveness of these drugs has been waning for decades due to bacteria developing antibiotic resistance.

The situation led pharmaceutical companies to develop preventive vaccines, which have reduced deaths and illnesses, especially in developed nations. But pneumococcus remains a serious problem.

Pneumonia killed 1.3 million people worldwide in 2011, with the majority of deaths in Sub-Saharan Africa and South Asia. In the United States alone, pneumonia, meningitis, and sepsis cause tens of thousands of deaths each year, according to the National Foundation for Infectious Diseases.

One reason for this is that current vaccines target only a small percentage—those known to cause the most severe infections—of the more than 90 strains of pneumococcus. These vaccines, which identify pneumococcus by a sugar coating that surround the bacteria, are 56 to 88 percent effective.

A new type of vaccine

The UB and Abcombi-led team took a different approach. Its vaccine identifies strains by proteins attached to the surface of pneumococcus. Laboratory tests show the vaccine can defend against more than 12 strains and that it’s 100 percent effective at promoting the appropriate immune response.

Computer simulations indicate the vaccine would be effective against all strains but additional tests are needed to confirm that.

“It’s like the arcade game Whac-A-Mole. Think of the mallet as a traditional vaccine. It can’t stop all the moles, or in our case, all the strains of bacteria at once,” Jones says. “But our vaccine does just that. It’s like a mallet with 90 heads that strikes all the moles simultaneously.”

The ability to fight numerous strains is important, Jones says, because developing new versions of existing vaccines is both costly and time-consuming.

The new vaccine also differs from what’s on the market by its response to the bacteria.

Current vaccines teach the immune system to indiscriminately destroy bacteria and other pathogens, thus preventing colonization. The approach works, but there is growing concern that it can create space within the body for new and potentially more harmful alternatives to establish residence—similar to antibiotic resistance resulting in new and more potent pathogens.

The new vaccine allows bacteria to exist as long as it causes no harm to body. It instructs the immune system to attack only when the surface proteins, mentioned above, break free of the bacterial coating.

“That’s the signal that this bacteria is becoming a troublemaker, that’s its threatening the body and that it’s necessary to fight back,” Pfeifer says.

Having proved the vaccine’s effectiveness in animals, Abcombi is now leading efforts to conduct human trials. 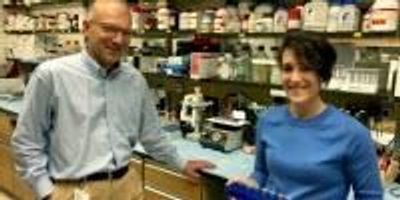