The popularity of virtual reality (VR) has expanded from simple fun and games to being used as a training tool for employees.

The study, published Feb. 10 in the journal PLOS, notes that to help individuals master interpersonal skills, an effective approach involves the use of videos showing role models performing the desired behaviors for trainees to learn through mimicry. However, the researchers took this concept a step further, and set out to determine if the use of doppelgangers as role models would further boost trainees’ interpersonal skills, compared to the use of a role model that did not closely resemble the trainees. The study defines doppelgangers as “virtual humans that highly resemble the real self but behave independently.”

The team developed an experiment focused on public speaking performance. Participants watched a video where the role model was either their doppelganger, or an unknown avatar of the same gender. The role model gave a charismatic speech in front of a virtual audience.

“Before and after the training session, participants delivered a speech in VR in front of the same virtual audience. We tested whether the type of role model led to greater performance in terms of body language persuasiveness, and whether participant level of self-efficacy and gender moderate this relationship,” the researchers explain. Self-efficacy has traditionally been defined as “a personal judgment of how well one can execute courses of action required to deal with prospective situations.” The team hypothesized that individuals low in self-efficacy benefit more from seeing themselves—their doppelganger avatar—performing the desired interpersonal skills behavior.

Based on the results, the authors conclude that the use of a doppelganger did help participants improve their performance of delivering a charismatic speech compared to the use of a same gender avatar role model. “However, findings suggested this effect to be specific to male participants that were relatively low in self-efficacy, as measured following the VR training,” write the researchers. “We argue that, by watching their virtual self delivering the charismatic speech, participants relatively low in self-efficacy had a greater motivation to put effort into the task and to persevere than those who watched an unknown avatar performing the same charismatic speech.”

The gender-specific conclusions of the study offer valuable insight for managers planning to offer similar training to their staff.

As the study highlights, public speaking skills are stereotypically associated with male prototypes. “Research has shown that individuals’ prototypical representations of leaders, which refer to managerial positions requiring self-presentation, assertiveness, and persuasion, are commonly associated with men. This skills-gender association is detrimental to women, leading for instance, to discrimination against women aspiring to high status positions,” write the authors, adding that it is possible that female performance in the study was reduced due to the phenomenon of stereotype threat. “Stereotype threat occurs when individuals feel at risk of conforming to a negative stereotype that applies to their social group in a specific situation.”

If stereotype threat was a factor in this study, women participants who saw their doppelganger might have failed to enhance their performance because they feared they were unable to live up to the doppelganger’s performance.

“Understanding the profile of trainees who benefit the most from doppelganger-based training will allow managers to make more precise recommendations for how to develop interpersonal skills for different collaborators,” write the study authors. 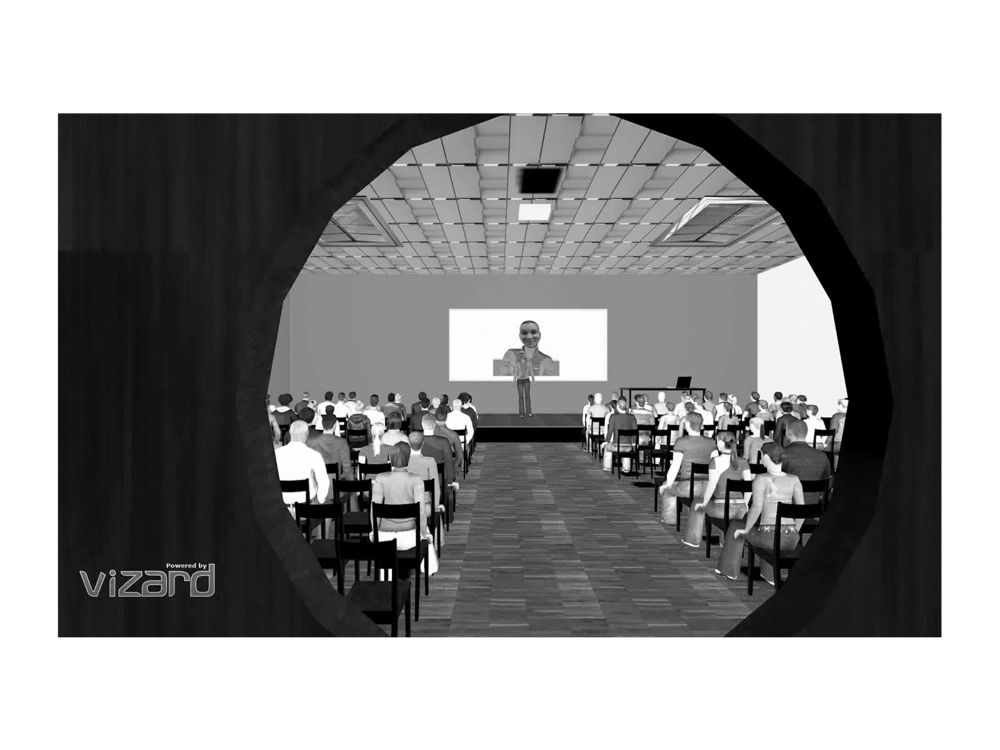