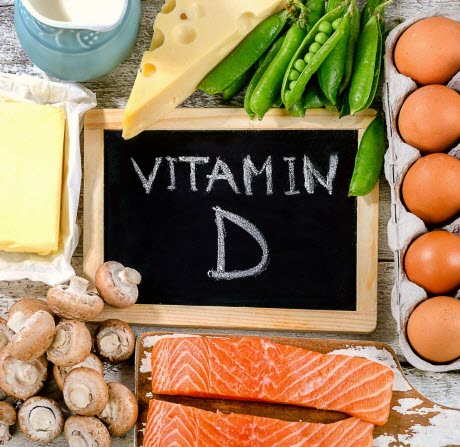 "To our knowledge, this is the first demonstration that 25-OHD inhibits SREBPs," the researchers concluded in their study recently published in Cell Chemical Biology.

Drug companies could develop synthetic analogs of 25-OHD to potentially help regulate lipid production in individuals who lack vitamin D to do this for them.

Vitamin D deficiency is caused by insufficient dietary intake or sunlight exposure, and it is increasing worldwide. It is associated with several bone diseases such as rickets in children and osteoporosis in adults. It is also linked with metabolic disorders and certain types of cancers. But it has been unclear how the lack of vitamin D contributes to metabolic disorders and cancers.

The research team came across 25-OHD while screening an extensive chemical library of endogenous molecules. They were looking for inhibitors of SREBPs, which regulate lipid production, and honed in on 25-hydroxyvitamin D (25-OHD), which is a hydroxylated vitamin D metabolite.

The relationship between 25-OHD and lipid levels has been known for more than 20 years. However, 25-OHD has generally been considered biologically inactive.

The researchers found 25-OHD induces the breakdown of SREBP cleavage-activating protein (SCAP), an escort protein required for SREBP activation. They were able to document how 25-OHD degrades SCAP into smaller amino acids.

SREBP and SCAP proteins are increasingly recognized as potential drug targets for cancers and metabolic disorders. Understanding the role 25-OHD plays in the SREBP-SCAP interaction and in lipid regulation could open up new treatment opportunities.