Nov 05, 2017Perelman School of Medicine at the University of Pennsylvania 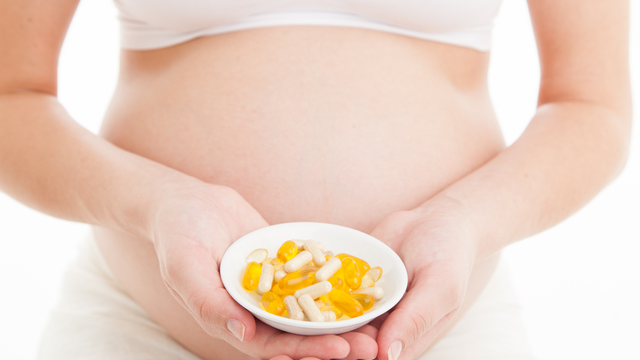 SAN ANTONIO — Vitamin D may play a key role in helping some women seeking treatment for polycystic ovary syndrome (PCOS)-related infertility get pregnant. PCOS is a hormonal disorder affecting five to 10 percent of women of reproductive age. Left untreated, the condition can lead to long-term complications such as type 2 diabetes, elevated cholesterol, and infertility due to lack of ovulation. Results of the new study, led by researchers at the Perelman School of Medicine at the University of Pennsylvania, showed women who were Vitamin D deficient when starting fertility treatments were 40 percent less likely to achieve a pregnancy. The results were presented this week at the annual American Society for Reproductive Medicine Scientific Congress & Expo in San Antonio, Texas.

"Traditionally, Vitamin D is a concern because of its impact on calcium absorption and bone integrity, but the last several years have seen a surge in research exploring how other biological processes—like fertility—are impacted by a dearth of this critical nutrient," said lead author Samantha Butts, MD, MSCE, an associate professor of Obstetrics & Gynecology at the Perelman School of Medicine at the University of Pennsylvania. "Our study builds on existing research linking vitamin D deficiency and diminished ovulation in response to fertility medications, and diminished likelihood of achieving a pregnancy that results in delivery of a live born infant showing it plays a significant role in fertility of women with PCOS."

In the study, Butts and colleagues analyzed and compared the results of two large-scale clinical trials (PPCOS II and AMIGOS), which examined the effectiveness of fertility drugs on improving pregnancy rates among women with PCOS and Unexplained Infertility respectively. Data from more than 1,000 participants revealed that regardless of body mass index, race, age, markers of metabolic functioning, or fertility treatment, vitamin D deficiency was associated with a reduced likelihood of these women becoming pregnant and delivering babies if PCOS was the underlying cause of infertility. A relationship between vitamin D deficiency and fertility treatment outcomes was not seen in the subjects from the AMIGOS trial who had Unexplained Infertility.

The authors note that perhaps the most significant finding is that vitamin D deficiency seemed only to affect women with PCOS. Women whose infertility did not have a known cause (Unexplained Infertility) were not at an increased risk of difficulty getting pregnant or complications during pregnancy.

"We've identified an important association between low vitamin D levels, and the likelihood of delivering a baby that seems to vary according to the underlying cause of infertility," Butts says. "More research is needed to establish which patients with infertility would benefit the most from screening for vitamin D deficiency. If we're going to shift our screening practices, we need to base that on additional research that looks at even larger numbers of women than we have thus far."

Butts and colleagues are currently working on studies that she says will further clarify these relationships and help care providers to be more precise and personalized in treatment plans.