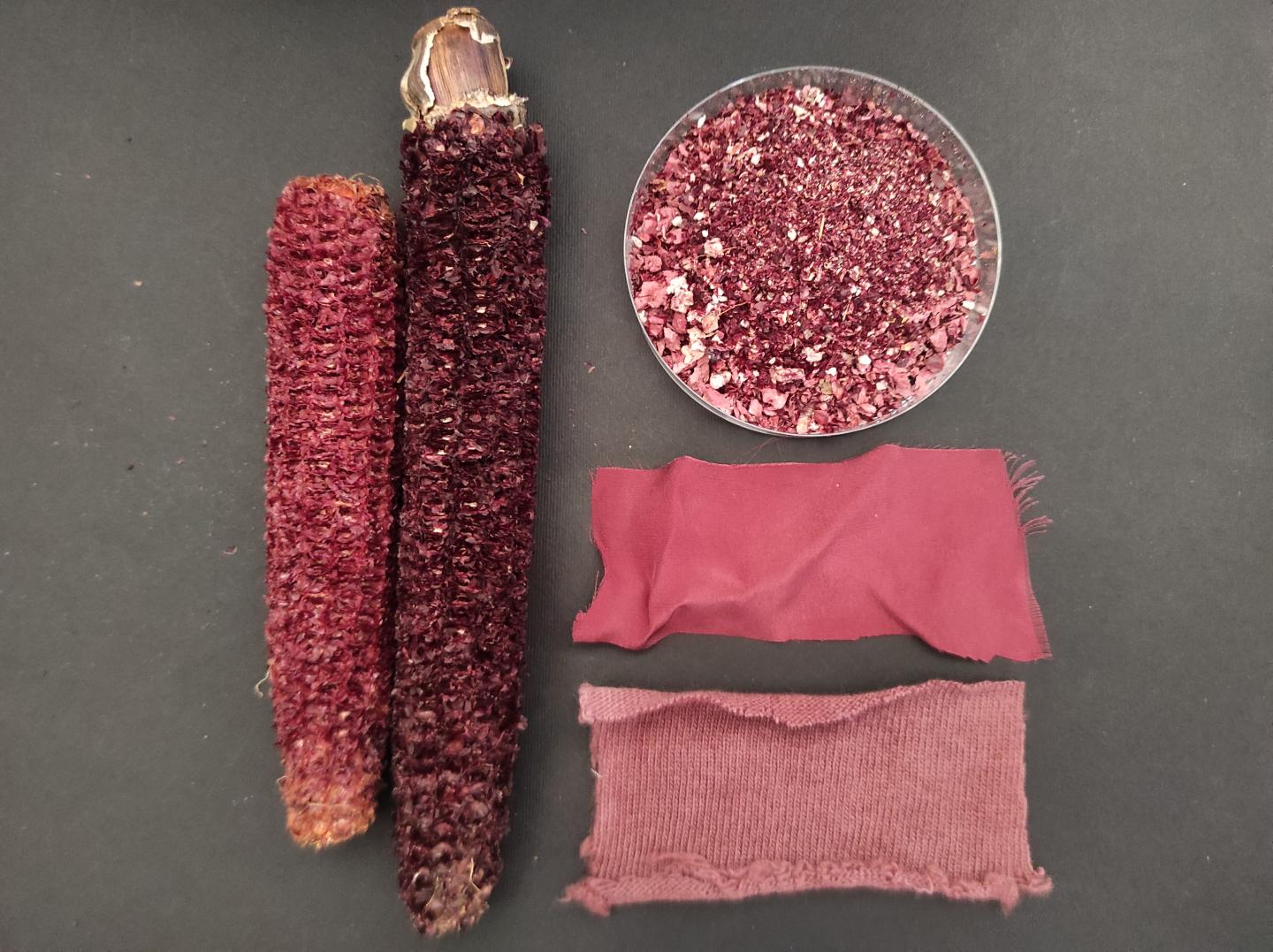 The more colorful a food, the more nutritious it probably is. For example, purple corn contains compounds associated with a reduced risk of developing diabetes and heart disease. The cobs contain the same compounds but are typically thrown out. Now, researchers report a step-wise biorefinery approach in ACS Sustainable Chemistry & Engineering that uses the whole cob, producing a dye and a possible nutraceutical with the pigments, and an animal litter with the leftovers.

Eating a rainbow of fruits and vegetables provides a variety of health benefits, with vitamins and nutrients stored within the plant's color-producing compounds. One group of compounds contributing distinct hues to food are anthocyanins—vibrant pigments desired as natural dyes that also have antioxidant and anti-inflammatory properties. Anthocyanins are found in purple corn's kernels and the corncobs, which are typically discarded. Past attempts at repurposing cobs have involved harmful and expensive solvents to extract compounds. Water could be used as an eco-friendly and cost-effective agent for this process, but it is not very efficient. And then the insoluble cob material is still left over as waste. So, Fabrizio Adani, Roberto Pilu, Patrizia De Nisi, and colleagues wanted to extract beneficial pigments from purple corncobs with a multi-step approach to make many value-added products, while also closing the loop with zero waste at the end.

The researchers devised a biorefinery approach to extract anthocyanins from a new variety of purple corn they developed. First, ground-up corncobs and water were mixed and heated, removing 36 percent of the pigments compared to methods with acetone and ethanol solvents. The pigments from this step were used to dye cotton and wool fabrics. In the next step of the biorefinery method, the researchers removed an additional 33 percent of the anthocyanin content from the water-treated cobs with an ethanol mixture. These extracts showed antioxidant activity and anti-inflammatory properties in cells in petri dishes and could be used in the future to develop nutraceutical supplements, the researchers say. Finally, the team found that the remaining insoluble purple grounds were similar to commercial corncob animal litter. In tests, the residual cob material was even more absorbent than the commercial product. And because the material still contains anthocyanins, which have antimicrobial activity, the purple litter could fight bacteria and reduce odors, the researchers say. Used purple corn cob litter could also be composted along with other organic matter, resulting in no waste, they explain.