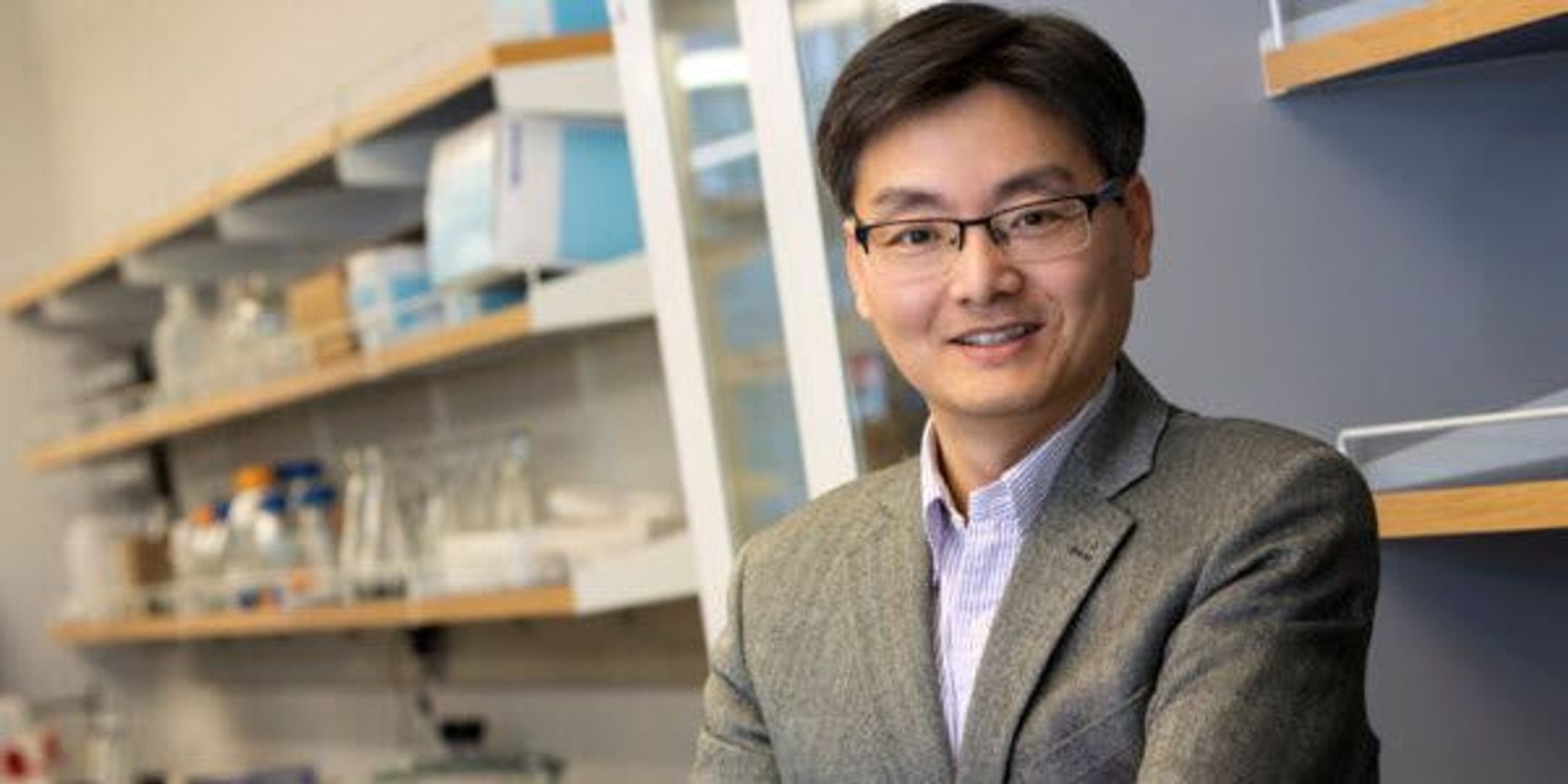 The lab of Zhen (Jason) He, professor in the Department of Energy, Environmental & Chemical Engineering, shows valuable resources can be recovered from wastewater using dual-function electrodes that also filter water in a microbial electrochemical system.
Washington University in St. Louis

Whether wastewater is full of “waste” is a matter of perspective.

“Why is it waste?” asked Zhen (Jason) He, professor in the Department of Energy, Environmental & Chemical Engineering in the McKelvey School of Engineering at Washington University in St. Louis.

“It’s organic materials,” He said, and those can provide energy in a number of ways. Then there’s the other valuable resource in wastewater.

He’s lab has developed one system that recovers both, filtering wastewater while creating electricity. Results from bench-scale trials were published May 6 and featured as a front cover article in the journal Environmental Science: Water Research & Technology.

The waste materials in wastewater are full of organic materials which, to bacteria, are food.

“Bacteria love them and can convert them into things we can use,” He said. “Biogas is the primary source of energy we can recover from wastewater; the other is bioelectricity.”

There already exist ways to capitalize on bacteria to produce energy from wastewater, but such methods often do so at the expense of the water, which could be filtered and otherwise be used—if not for drinking—for “grey water” purposes such as irrigation and toilet flushing.

He’s lab took the two processes—filtration and energy production—and combined them, integrating the filtration system into the anode electrode of a microbial electrochemical system.

The system is set up like a typical microbial fuel cell, a bacterial battery that uses electrochemically active bacteria as a catalyst where a traditional fuel cell would use platinum. In this type of system, the bacteria are attached to the electrode. When wastewater is pumped into the anode, the bacteria “eat” the organic materials and release electrons, creating electricity.

To filter that same water, however, requires a different system.

He’s lab combined the systems, developing a permeable anode that acts as a filter.

The anode is a dynamic membrane, made of conductive, carbon cloth. Together, the bacteria and membrane filter out 80 to 90 percent of organic materials—that leaves water clean enough to be released into nature or further treated for non-potable water uses.

He used a mixed culture of bacteria, but they had to share one feature—the bacteria had to be able to survive in a zero-oxygen environment.

“If there was oxygen, bacteria would just dump electrons to the oxygen not the electrode,” He said. “If you cannot respire with the electrode, you’ll perish.”

To find the correct bacteria, He mostly defers to nature.

“It’s not 100 percent natural, but we select those that can survive in this condition,” He said. “It’s more like ‘engineered selection,’” the bacteria that did survive and respire with the electrode were selected for the system.

The amount of electricity created is not enough to, say, power a city, but it is in theory enough to help to offset the substantial amount of energy used in a typical US water treatment plant.

“In the US, about three to five percent of electricity is used for water and wastewater activity,” He said. Considering the usage by a local municipal plant, He believes his system can reduce energy consumption significantly.

“Typically, the process consumes about 0.5 KWH of electricity per cubic meter,” He said. Based on bench scale experiments, “We can reduce it by half, or more of that.”

“Bacteria can convert those organic materials into things we can use,” He said. “We can also recover nutrients like nitrogen or phosphorus for fertilizer. We can use it to feed plants. It’s only when we don’t use it, then it becomes waste.

“Wastewater is a resource in the wrong location.”

- This press release was originally published on the Washington University in St. Louis Newsroom website. It has been edited for style