More support from friends, family and school was linked to less risk-taking among adolescents and young adults with food allergies, according to a study published in the Journal of Allergy and Clinical Immunology: In Practice.

Fatal food-induced allergic reactions are most common in adolescents and young adults, with nearly 70 percent of food allergy-related deaths occurring in this age group. 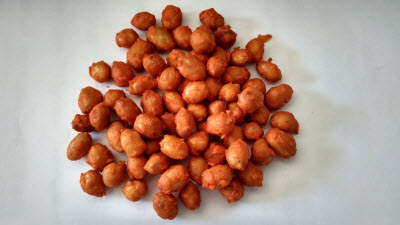 Other factors linked to less risk-taking included having a peanut allergy, supportive female friends and an overprotective mother.Photo credit: Thamizhpparithi Maari“We know that many adolescents and young adults with food allergies regularly engage in behaviors that increase their risk of a life-threatening reaction, such as eating in restaurants without asking about allergenic ingredients,” said senior author Ruchi Gupta, MD, MPH, pediatrician and researcher at Ann & Robert H. Lurie Children’s Hospital of Chicago and associate professor of pediatrics and medicine at Northwestern University Feinberg School of Medicine. “Our findings underscore that support is critical for these young people. Our results also suggest that school-level policies may promote reduced risk-taking behavior in teens with food allergies.”

In the study, students who had an individualized accommodation plan at school, known as a “504” plan, were significantly less likely to take risks with their food allergies.

“While school-based 504 accommodation plans are federally mandated, many parents of children with food allergies are unaware that they are an option,” said Gupta. “More efforts to educate students with food allergies and their families about the possible benefits of 504 plans may be warranted.”
Teacher awareness of the student’s food allergies also was associated with less risky behaviors.

Related Article: Why is Food Allergy Increasing? Skin Might Be Involved

The study surveyed 200 adolescents and young adults with food allergies, ages 14-22 years. Other factors linked to less risk-taking included having a peanut allergy, supportive female friends, and an overprotective mother. Also, participants who reported that their food allergy helped them eat healthier were less likely to engage in risky behaviors.

“It was encouraging to find that despite considerable difficulties, adolescents and young adults also perceive positive aspects of living with food allergy, such as being more responsible and better advocates for themselves and others, as well as eating healthier,” said Gupta.

Lurie Children’s is ranked as one of the nation’s top children’s hospitals in the U.S.News & World Report. It is the pediatric training ground for Northwestern University Feinberg School of Medicine. Last year, the hospital served more than 198,000 children from 50 states and 51 countries.