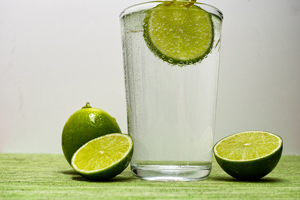 When it comes to quenching thirst, nutritional scientist Paul Breslin has found, it's all about temperature and carbonation. Sweetness? Astringency? Not so much.Photo courtesy of Rutgers UniversityIf it’s cold and bubbly, a liquid is more likely to quench your thirst and be more rewarding when you’re thirsty, according to new research from Rutgers University nutritional scientist Paul Breslin. The research appears in the journal PLOS One.

This, Breslin and his collaborators say, is good news for the beverage industry, which has long touted cold, carbonated drinks as more thirst-quenching. The research may also suggest a way to help people who are particularly vulnerable to dehydration to drink more fluids. Soldiers, laborers, and elderly people are especially vulnerable to dehydration, and coldness and carbonation might make it more rewarding for them to drink more.

At the heart of the experiment is the difference between one’s thirst being quenched and one’s hydration being adequate. A thirsty person feels his thirst quenched because of sensory clues in his mouth, throat, and stomach. But that water has not yet been absorbed; the brain has projected that it will be adequately absorbed. 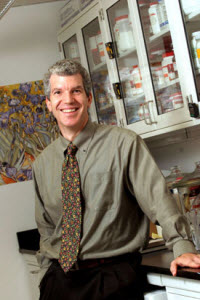 Paul Breslin, professor of nutritional sciences.Photo courtesy of Rutgers University“Your physiology wants to meet a deficit,” says Breslin, professor of nutritional sciences in the School of Environmental and Biological Sciences. “When you need to drink, it tells you, and when you’ve drunk enough, it says, ‘Okay, you’ve drunk enough; stop.’ But if you make water colder—or, if you make it seem colder—the coldness will make your body think that more water is coming in than actually is.”

Breslin and his co-authors wanted to find out which oral sensations influence thirst and have an impact on how much liquid people drink. In their paper, they report that they tested 98 people between the ages of 20 and 50. These subjects abstained from drinking and eating overnight and then ate a small breakfast. Their thirst thus awakened, they were given 13.5 ounces of water to drink in five minutes. Some subjects drank room-temperature water, carbonated or plain; some drank cold water, carbonated, or plain. After a break, the subjects were allowed to drink as much room-temperature, non-carbonated water as they wished.

“There’s a difference between what your body is doing, and what you’re conscious of,” Breslin says. “We asked people to drink a fixed volume of water from a glass that was opaque, and then to indicate how much water they thought they had drunk by pointing to one of several clear glasses with different amounts of water. They consistently thought they had drunk more water when it was cold and carbonated. We’re talking about a volume illusion here, not just a physiological feedback to thirst centers of the brain.”

Breslin and his colleagues also tested for other oral sensations—astringency, sweetness, and acidity. Only temperature and carbonation had any effect. Though cold and carbondated beverages do not hydrate better than room-temperature or noncarbonated ones, they are more appealing to consume, says Breslin, which can stave off dehydration in some.

“If you’re really busy, and you’re just concentrating on doing what’s in front of you, it’s easy to ignore the sensory signals that tell you it’s time to drink,” Breslin says. “With elderly people, the sensory signals themselves may be weakening, and therefore are easier to ignore. If you can meet the need to drink with something that makes it more enticing and makes people want to drink more, that can help.”