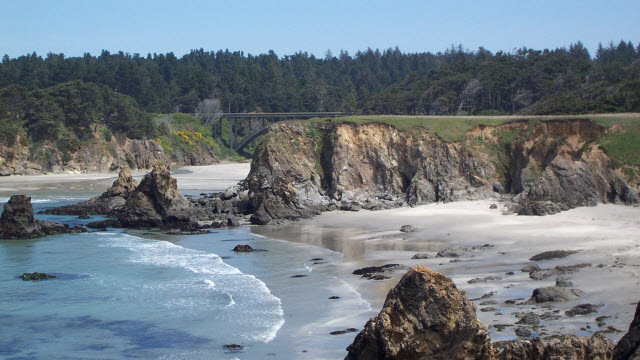 June 8 was World Oceans Day, a day dedicated to the education and advancement of healthy ocean environments.Photo courtesy of Dr. Krista Kamer

Plastic, metal, rubber, and paper are some of the materials that pollute the world's oceans, often in the form of soda cans, cigarette butts, plastic bags and bottles, and fishing gear.

Environmental and marine science specialists call it "marine debris," which, simply put, means anything in the ocean that wasn't put there by nature.

Recently, though, a new type of trash—microplastics—has become a focus for marine researchers, and they fear the impact of this type of debris may be especially dire.

Microplastics are particularly problematic for the planet's seas since they're a lot harder to see with the naked eye. Measuring less than five millimeters and often requiring magnifying technology to view, these are particles of broken-down plastic fibers that end up in the ocean. Marine life can easily ingest the particles or mistake them for food.?

"Marine debris is everywhere; it's on the surface of the ocean, it's on our beaches, and its presence is increasing," he explains. "We're seeing more [marine debris] in our oceans now than in the past."

"The thing that is most disturbing to me is not the 'macrodebris' that we can easily see with our eyes; it's the ubiquity of microplastics that has completely blown me away," adds Dr. Anderson.

According to Anderson, microplastics have been found on every beach in the state that has been tested so far.  "This stuff is a sign of the weight of our footprint on our planet," he says.

The Impact of Microplastics

If marine organisms consume microplastics, the results could be ?harmful to the ocean's ecology, as well as deadly for the organisms, depending on how much is consumed.

"Microfibers and microplastics can displace critters' natural food and natural behavior," notes Anderson. "The critter may need to work more and use more energy; it may block their intestinal tracts," too.

Krista Kamer, PhD, director of the CSU Council on Ocean Affairs, Science & Technology (COAST), the umbrella organization for marine, coastal, and coastal watershed-related research at the California State University, agrees that microplastics are a serious and growing concern. 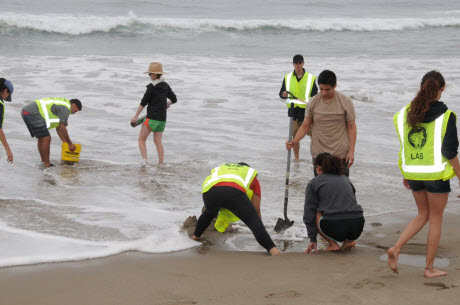 CSU Channel Islands students often assist Dr. Sean Anderson in his coastal research."Trash in the ocean, including significant amounts of microplastics, is a pervasive and significant problem in the waters off California as well as around the world," says Dr. Kamer. "Microplastics are particularly concerning because of their ubiquitous distribution and disastrous impacts on marine life."

Plastics have a physical and chemical impact in the marine environment, she continues. "Researchers have found birds whose stomachs are full of plastic, yet they are starving to death because they are literally full and can't ingest anything nutritious."

And the same chemicals in plastics that can leach out and harm people can also affect marine life. These chemicals can then "act like a sponge, soaking up additional pollutants from the surrounding waters, only to leach them back out again, oftentimes into animals that have ingested the plastics," explains Kamer.

"This leads to accumulation of toxic chemicals in marine life, even in situations where the animals are far from humans."

Anderson and his team of undergraduate students recently conducted a study in which they observed the digestive systems of multiple crab species along California's coast, the majority of which were found to have ingested microplastic fragments. One organism studied by the group had nearly 100 fragments of microplastic, though these crabs are tiny—about the size of a thumbnail.

They recently took their research a step further to study the impact microplastics have on marine life and possibly on humans by examining coastal areas throughout the state.

Still, both researchers stress that extensive studies are needed to better understand the reach and impact of microplastics.

"COAST has supported a number of projects investigating the abundance of microplastics in California coastal habitats, how they behave in marine systems, and what happens when marine animals ingest them," Kamer says of her organization's ongoing efforts.

"The results of this research will help California continue to lead the way in protecting our valuable marine and coastal resources."

To learn more about issues affecting the planet's oceans, as well as what you can do to support local efforts, visit The Ocean Project, coordinator of World Oceans Day.