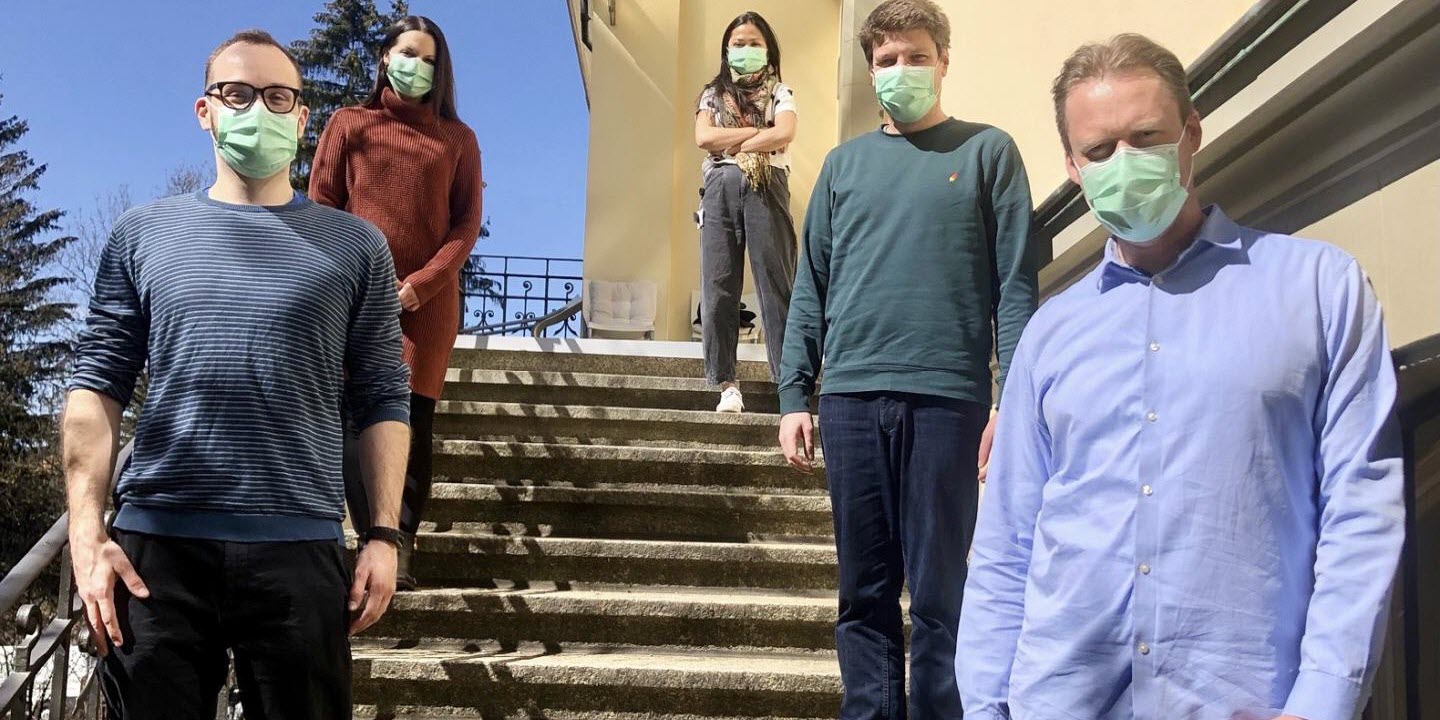 A team of researchers from the Institute for Infectious Diseases (IFIK) at the University of Bern and the Federal Institute of Virology and Immunology (IVI) have assessed virus growth and activation of the cellular defense mechanisms in the respiratory tract. They have shown that natural temperature differences that exist in the upper and lower respiratory tract have a profound influence on SARS-CoV-2 replication and subsequent innate immune activation in human cells. The findings can help to develop antiviral drugs and preventive measures.

"SARS-CoV-2 and SARS-CoV are highly similar genetically, generate a homologous repertoire of viral proteins, and use the same receptor to infect human cells. However, despite these similarities, there are also important differences between the two viruses," says Ronald Dijkman from the IFIK at the University of Bern. For example, SARS-CoV infection is characterized by severe disease and inflammation in the lower respiratory tract and infected individuals are only contagious after the onset of symptoms, making it easier to identify and interrupt infection chains.

In contrast, SARS-CoV-2 preferentially replicates in the upper airways (nasal cavity, pharynx, trachea) and can be efficiently transmitted from one individual to another before the appearance of disease symptoms. Moreover, the outcome of SARS-CoV-2 infection varies widely from person to person, and can manifest as asymptomatic, mild, or severe disease. Older people as well as individuals with certain underlying medical conditions (heart conditions, diabetes, cancer) are at greater risk of developing severe illness, which is often associated with infection of lower respiratory tissues, high levels of inflammation, and lung failure.

Temperature is key to SARS-CoV and SARS-CoV-2 replication

To better understand why infections with SARS-CoV and SARS-CoV-2 result in such different clinical outcomes, researchers from the University of Bern used specialized human airway cell cultures to investigate the impact of respiratory tract temperatures on SARS-CoV and SARS-CoV-2 replication. The cells originate from human samples and mimic the complexity of the cells found in the respiratory tract. They grow in special containers, are nourished from the bottom side and are exposed to air on the top side, just like the cells in the human trachea. The cultures also make mucus and have cilia that beat very quickly. "Because the organization of these cells greatly resembles the cells found in human tissues, they are a relevant system that can be used in a laboratory to study respiratory viruses," Dijkman explains.

Related Article: New Insight into Differences between SARS-CoV-2 and SARS-CoV

The researchers have now used this existing model for the first time to study the effects of respiratory temperatures on SARS-CoV and SARS-CoV-2 replication. They found that temperature plays an important role as SARS-CoV-2 preferred to replicate at temperatures typically found in the upper airways (33°C). Colder incubation temperatures allowed the virus to replicate faster and to a higher extent than when infections were carried out at 37°C to mimic the lower lung environment. Unlike SARS-CoV-2, replication of SARS-CoV was not impacted by different incubation temperatures. The experiments were conducted both in the high security laboratory of the IVI in Mittelhäusern and in the biosafety laboratory of the Institute for Infectious Diseases (IFIK) at the University of Bern in the building of sitem-insel, the Swiss Institute for Translational Medicine and Entrepreneurship.

Temperature also influences the response from the epithelium 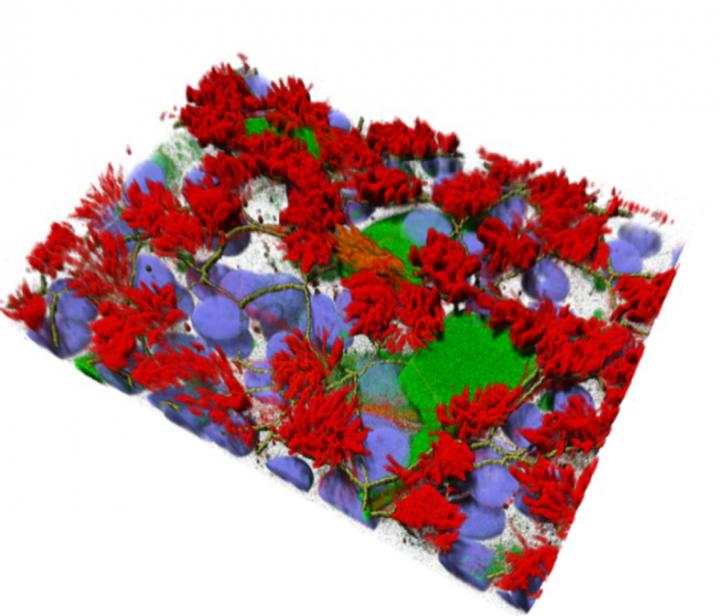 A 3D representation of human airway cell cultures that mimic the complexity of the cells found in the respiratory tract, including the presence of ciliated cells (red) and different cell layers (cell nucleus, blue), which can be used to study human respiratory virus (green) infections.
© Ronald Dijkman

The team also analyzed which genes are turned on and off after infection with SARS-CoV and SARS-CoV-2 to understand how cells from the human respiratory tract respond to infection and which innate immune programs are activated. The innate immune system is our body's "first line of defense" against invading pathogens and is crucial not only to contain the invader, but also to teach other branches of the immune system how to react appropriately.

The use of this authentic cell culture model in a controlled laboratory setting proved to accurately reflect the different behavior of two similar viruses in the context of a pandemic. "This unique system provides insight into the molecular battle that occurs between virus and host during an infection and underscores the importance of subtle changes in the virus-host microenvironment that may impact virus replication and propagation," says Dijkman. Understanding which key players are involved in this process, and whether they favor the host or virus, opens new opportunities for the establishment of highly targeted intervention strategies and the development of novel pharmaceutical compounds that will help combat coronavirus infections.

- This press release was originally published on the University of Bern website. It has been edited for style