A federal jury has found that Apple infringed a patent owned by the Wisconsin Alumni Research Foundation (WARF) for an invention that significantly improves the efficiency and speed of computer processing.  On Oct. 16, at the end of a two-week trial, the jury awarded WARF damages of $234 million. 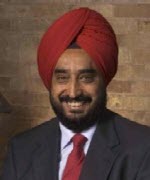 Gurindar SohiPhoto courtesy of the University of Wisconsin-MadisonWARF claimed that Apple had used the technology to speed computer processing by allowing the efficient out-of-order execution of computer instructions with a data speculation circuit that WARF had patented several years earlier. The U.S. Patent and Trademark Office issued the patent to WARF in 1998 on behalf of University of Wisconsin-Madison Computer Science Professor Gurindar Sohi and three graduate students: Andreas Moshovos, Scott Breach, Terani Vijaykumar.

“This is a case where the hard work of our university researchers and the integrity of patenting and licensing discoveries has prevailed,” says Carl Gulbrandsen, managing director of WARF.  “The jury recognized the seminal computer processing work that took place on our campus.  This decision is great news for the inventors, the University of Wisconsin-Madison and for WARF.”

"The University of Wisconsin has a long history of creative innovation across many fields,” says Michael Falk, WARF's general counsel.  “WARF invests in patenting UW inventions for the benefit of the UW and the public.  It is a serious matter for us to undertake litigation to protect the UW's patented inventions. It is important to faculty and to the UW that patented, innovative technologies developed on campus are protected from unauthorized use.”

“The jury did an incredible job grappling with the complex technology, and we're grateful for their effort and, ultimately, for the well-deserved respect that this groundbreaking work by faculty and graduate students at the University of Wisconsin Madison received,” Falk says.

“We believed our technology was ahead of its time,” says Sohi.  “Almost two decades ago we tried to anticipate how computers would need to operate today.  Our team invested the equivalent of more than 11 years of work to solve this problem.”

The Apple products that benefited from the technology include Apple’s A7, A8 and A8X processors which are found in the iPhone 5s, 6 and 6 Plus, as well as several versions of the iPad.  Apple introduced the iPhone in 2007 and the iPad in 2010.

“For 90 years, WARF has helped UW faculty take intellectual property, patent it and reinvest the licensing fees from those patents back into research and education at the University of Wisconsin-Madison,” says Gulbrandsen.  “Although patent verdicts like this one are typically appealed, we hope to continue to work with Apple to resolve this matter and build a stronger relationship between our two institutions.”