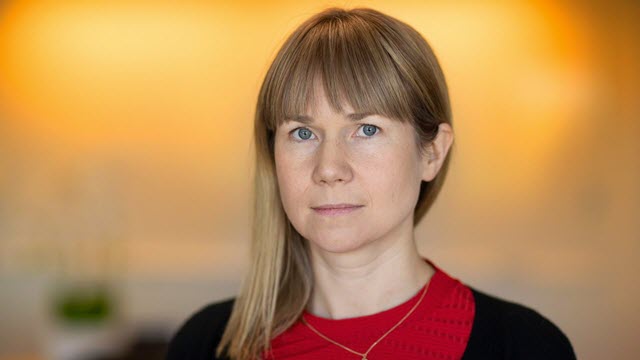 Power in the workplace does not stop women's exposure to sexual harassment. On the contrary, women with supervisory positions are harassed more than women employees. These are the results from a new study from the Swedish Institute for Social Research at Stockholm University, which examined the conditions in Sweden, the US, and Japan.

By analyzing the responses from three surveys, researchers at the Swedish Institute for Social Research, SOFI, at Stockholm University, together with fellow American and Japanese researchers, have studied the prevalence of sexual harassment across the organizational hierarchy. The study shows that women with supervisory positions experienced between 30 and 100 percent more sexual harassment than other women employees. This was true across the United States, Japan, and Sweden, three countries with different gender norms and levels of gender equality in the labor market. Comparing levels of leadership, exposure to harassment was greatest at lower levels of leadership, but remained substantial and similar to the level of harassment for the highest positions.

"When we first started to study sexual harassment, we expected a higher exposure for women with less power in the workplace. Instead we found the contrary. When you think about it, there are logical explanations: a supervisor is exposed to new groups of potential perpetrators. She can be harassed both from her subordinates and from higher-level management within the company. More harassment from these two groups is also what we saw when we asked the women who had harassed them," says Johanna Rickne, professor of economics at SOFI.

In all three countries, women with supervisory positions were subject to more harassment when their subordinates consisted of mostly men.

"Sexual harassment means that women's career advancement comes at a higher cost than men's, especially in male-dominated industries and firms. Additional survey data from the United States and Japan showed that harassment of supervisors was not only more common than for employees, but was also followed by more negative professional and social consequences. This included getting a reputation of being a 'troublemaker' and missing out on promotions or training," says Olle Folke, affiliated researcher at SOFI and associate professor at Uppsala University.

The study addressed the risk of measurement error from different awareness of sexual harassment among supervisors and employees. Questions on whether or not particular behaviours should, or should not, be defined as harassment showed similar answers in the two groups. This makes it unlikely that the results derive from different perceptions of work interactions, rather than different treatment in those interactions.

The study used two different measurement tools. The surveys in the United States and Japan included the Sexual Experiences Questionnaire, a survey instrument with a list of behaviors, developed for studies in the US military. All three countries were also surveyed with subjective questions about whether the person had been exposed to sexual harassment. The time span for all questions was the previous 12 months.

The Swedish results come from five waves of the Swedish Work Environment Survey, a nationally representative dataset collected biannually by Statistics Sweden (1999, 2001, 2003, 2005, and 2007) and with a total of 23,994 female respondents. In the United States and Japan, the research team collected new survey material during 2019. The US sample included 1,573 employed female citizens, whereof 62 percent had supervisory positions, while the Japanese sample included 1,573 respondents, of which 17 percent of the women were in supervisory positions. Apart from questions about sexual harassment, respondents were asked about perpetrators, how they reacted to the harassment, and what social and professional consequences followed the victimization.