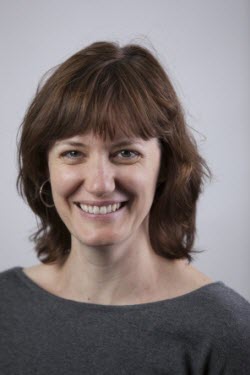 Cate TaylorPhoto courtesy of Indiana University Cate Taylor, assistant professor of sociology and gender studies in the IU Bloomington College of Arts and Sciences, designed and carried out an experiment that subjected both men and women to the negative social conditions that many women report experiencing in male-dominated occupations. The result: Men showed the same physiological stress response to the conditions as did women.

“Women are not especially sensitive to negative workplace social conditions,” Taylor said. “Rather, both women and men exhibit similar responses to the same types of stressful workplace conditions.”

The article, "'Relational by Nature?' Men and Women Do Not Differ in Physiological Response to Social Stressors Faced by Token Women," appears in the July 2016 issue of the American Journal of Sociology and is now available online.

The study focuses on what Taylor calls “gendered social exclusion,” behavior that would tend to make “token” women or men feel excluded from a group of mostly opposite-sex coworkers. For example, men might exclude female co-workers by talking constantly about sports or other stereotypically male interests.

It addresses the question of whether, as some observers have suggested, women are simply more sensitive to such exclusion: if they are “relational by nature” and respond more strongly than men to being shut out of social interaction in the workplace.

Related Article: Wage Gap May Help Explain Why More Women Are Anxious and Depressed Than Men

In order to measure stress response, at several points during the experiment, Taylor measured levels of the hormone cortisol in the participants’ saliva—a known indicator of physiological stress response. Cortisol levels rose markedly in participants subjected to gendered exclusion but not in the other participants.

The results suggest that conditions associated with male-dominated professions are what cause token women to report experiencing high levels of stress in the workplace, Taylor said. The answer isn’t to “fix” the women by teaching them to be less sensitive, because when women and men are exposed to the exact same social conditions, they actually have the same stress response. A better answer might be to address the workplace social exclusion faced by minorities in their occupations.

And the findings matter, Taylor said. For one thing, exposure to chronic physiological stress response, indicated by cortisol response, has been found to be associated with negative health effects, including heart disease, digestive problems, weight gain, and depression.