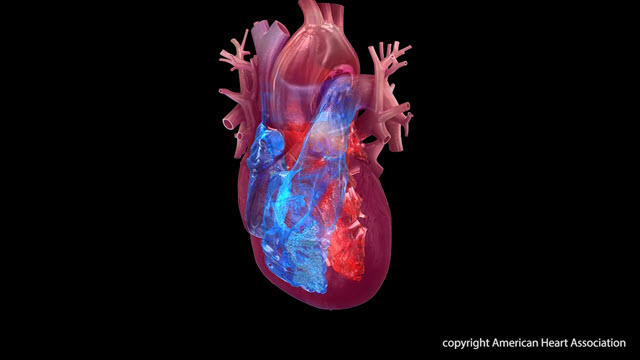 Post-traumatic stress disorder (PTSD) may increase the long-term risk for stroke and heart attack in blue collar clean-up crews who worked in the aftermath of The World Trade Center plane attack on September 11, 2001, according to new research in Circulation: Cardiovascular Quality and Outcomes, an American Heart Association journal.

This is the first report from World Trade Center-Heart, a study investigating the association between the September 11 attack and cardiovascular outcomes among blue collar workers involved in debris clearance.

“Even though there is evidence, PTSD is not considered as a risk factor for cardiovascular disease, this study provides for the first time the evidence that PTSD is of the same magnitude for stroke and heart attack in men and women,” said Alfredo Morabia, MD, PhD, study senior author and professor of epidemiology at City University of New York and Columbia University Mailman School of Public Health in New York.

The World Trade Center-Heart study includes 6,841 non-firefighter workers and untrained volunteers (82.8 percent men, average age 51)—including staff from the medical examiner’s office who processed human remains and the Port-Authority Trans-Hudson Corporation and others who were engaged in the cleanup, recovery, service restoration, and other tasks in the months following the attack.

Researchers found that prevalence of PTSD was about 20 percent among men and 26 percent among women—at least twice that of the general population. Incidence of heart attack or stroke was 2.35 times higher for those with PTSD.

Researchers collected baseline mental health; blood pressure, cholesterol, whether participants began working on or after September 11, 2001; the proximity of their location to the site; whether they worked directly within the dust cloud; and whether they wore a protective mask.

A major strength of this study is that it examined the impact of PTSD on heart disease in people 11 to 15 years after the occurrence of a major traumatic event as they entered the age group at which heart disease risk and events rise dramatically and provided four years’ worth of data on those subjects.

Despite the large sample size, the study may not provide an accurate cross-sectional representation for the approximately 90,000 first-responders who helped following the World Trade Center attack.

According to Morabia, the study also suggests that untrained first responders who engage in activities surrounding the aftermath of disasters are more likely to struggle with psychological challenges following their work than first responders who have received training.

The study was funded by the Centers for Disease Control and Prevention and National Institute for Occupational Safety and Health.